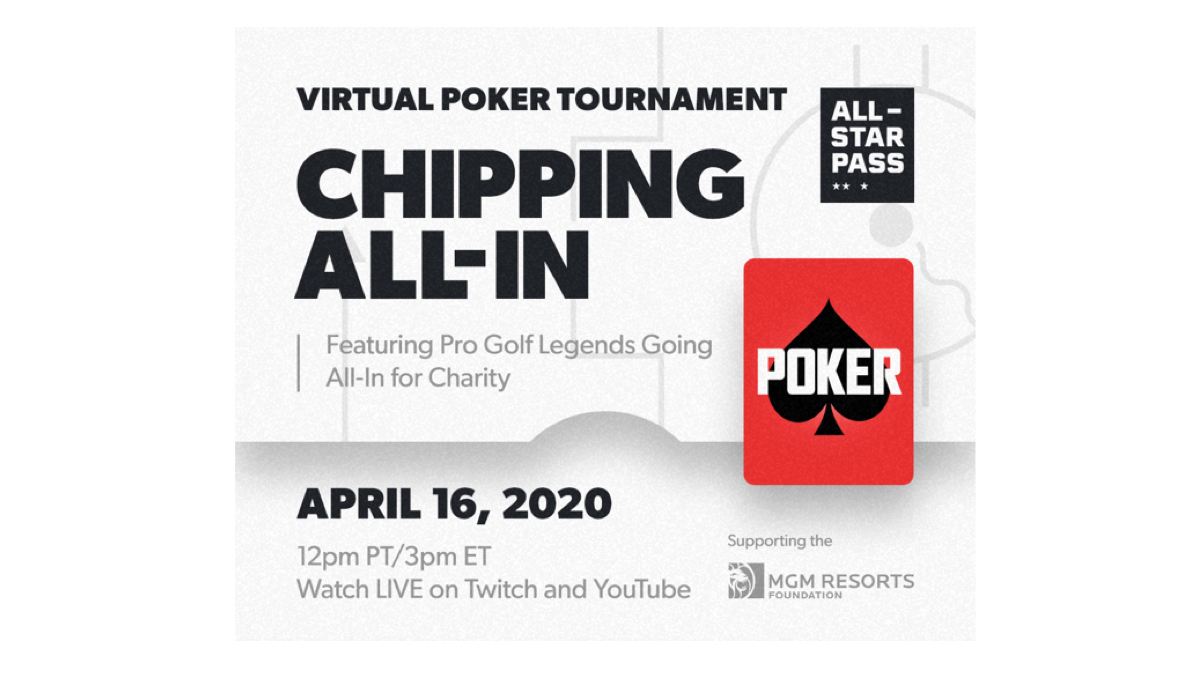 Professional golfers will be turning to the virtual poker tables to benefit an MGM Resorts workers fund. The Chipping All-in Charity Poker Tournament will be staged April 16, beginning at 12 p.m. PST.

Event proceeds will go toward the MGM Resorts Foundation’s Employee Emergency Grant Fund, which provides employees and their immediate families with short-term relief. Money from the grant can be used to make payments or meet other financial obligations.

The tournament, presented by MGM Resorts, Loaded and the World Poker Tour, will feature golfers that include Michelle Wie and John Daly. It will be broadcast on Twitch and YouTube and viewers will be able to make real-time donations at mgmresorts.com/chippingallin. Participating players will give personal shoutouts to those who donate.

“It is in our DNA to offer live entertainment and sports experiences to fans worldwide, even in the toughest of times,” said Lance Evans, senior vice president of sports and sponsorships for MGM Resorts. “’Chipping All-in’ will feature some of the world’s top PGA and LPGA players as well as sports and media personalities playing in support of the Employee Emergency Grant Fund.”

Participating players will include: