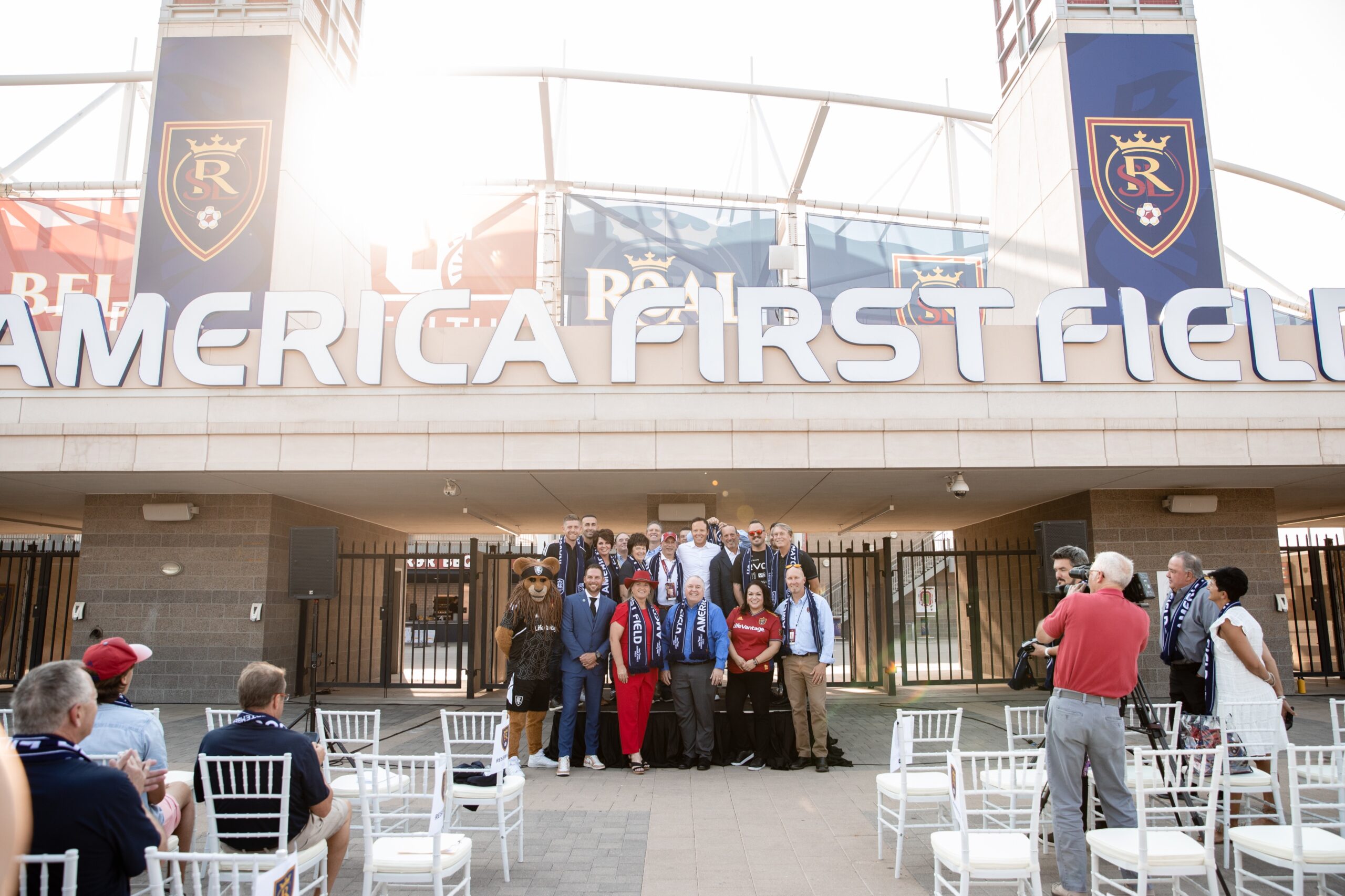 Real Salt Lake unveiled its new naming rights partner for the stadium that the club has played at since 2008 with Rio Tinto Stadium giving way to America First Field, connecting the club further to one of its inaugural commercial partners.

“Since our inaugural game back in 2005, America First Credit Union has supported Real Salt Lake’s connection with this community, offering our amazing fans numerous in-stadium, grassroots and digital initiatives,” said Real Salt Lake President John Kimball. “This partnership has grown immensely over our 18 seasons and today’s unveiling of the America First Field signage and nomenclature propels the partnership to an entirely new level.”

Since opening the Sandy venue in October 2008, Real Salt Lake has played 269 games with a home winning percentage of nearly 70 percent. The stadium hosts high school events as well and has been home to the NWSL’s then-Utah Royals plus host for U.S. men’s and women’s national team games.

America First Credit Union, which has been affiliated with Real Salt Lake since 2005, will have digital and traditional branding at the venue, activations during RSL games, affiliations with the MLS Next Pro Real Monarchs in Herriman and other sporting events.

“We’re elated to expand our relationship with Real Salt Lake and Major League Soccer by having our name on this elite sports and entertainment venue, and by offering the exclusive RSL-branded credit card and debit card,” said Thayne Shaffer, America First president and chief executive officer. “This partnership will provide value to our members and help us continue to invest in our community and in organizations that support individuals, families, and businesses as they work toward their personal and financial goals.”