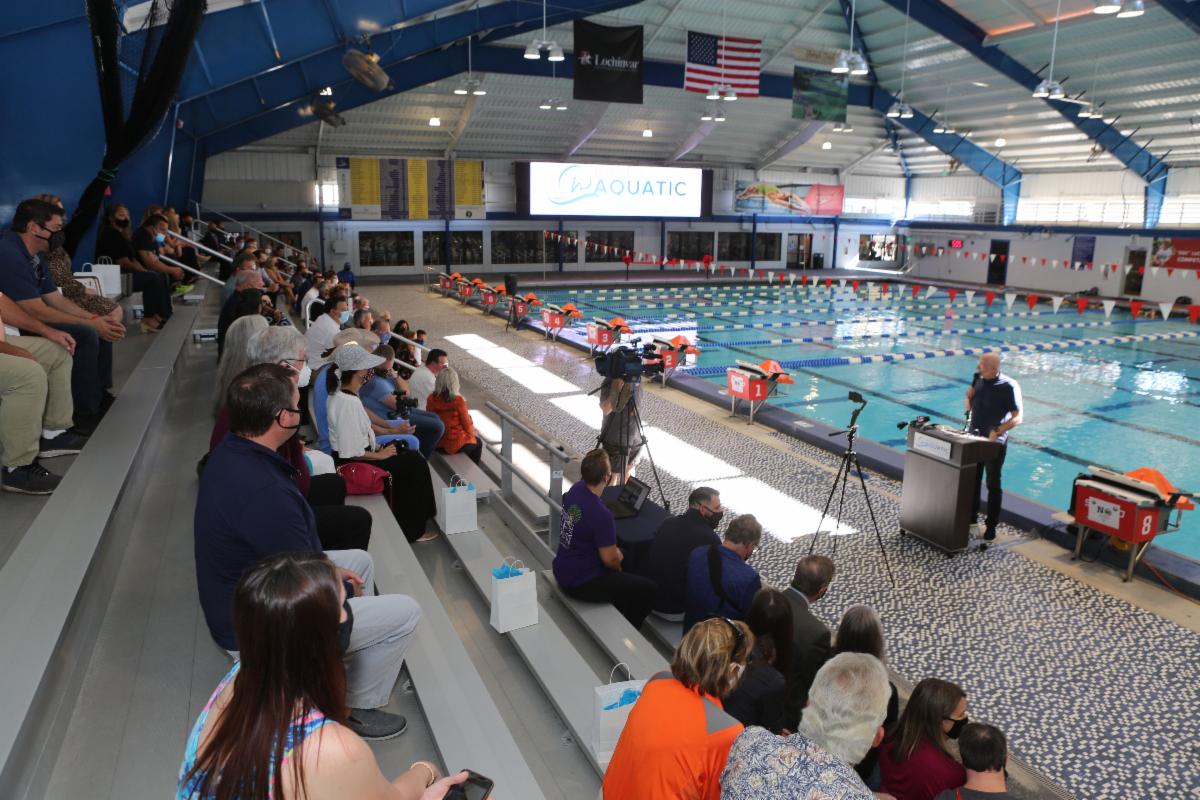 A former YMCA aquatic center in Orlando has been renovated and renamed the Rosen Aquatic & Fitness Center in honor of the hotel owner who has helped keep the venue alive. Harris Rosen, who owns eight hotels in Orlando, was gifted the former Rosen YMCA Aquatic Center from the YMCA of Central Florida, preventing the venue from closure.

The 35-year-old venue was transferred to Rosen in October but the recent renovations are complete and the venue is now open to the public. The venue features a 50-meter pool with a hydraulically retractable roof, a 25-yard teaching pool, a 10-meter diving board and a 25-yard diving pool, while boasting one of only seven indoor performance diving rooms in the nation. In addition to hosting aquatic competitions, the venue will be open to nearby hotel guests or the public for $5 for a two-hour pass, $10 for a day pass or $30 for a weeklong pass.

Rosen has a long history with the center, first activating for the venue’s future in 1992 when the then-private center was shut down by a mortgage holder. “I remember arriving at the center one day and finding some Special Olympians hovering about,” said Rosen. “One of the youngsters recognized me as a swimmer there. They asked me if they’d done something wrong, to have it closed. It broke my heart. I knew I had to do something.”

After calling on local celebrities and organizations in the area, the venue was eventually gifted to the YMCA of Central Florida. Rosen also donated millions to the YMCA through the years before the venue was named in his honor in 2018. After taking ownership of the venue last year, Rosen spearheaded the recent improvements, which included a deep cleaning and multiple renovations. The venue will undergo similar safety and wellness protocols that have been adopted in Rosen Hotels and Resorts.

In 2022, the Rosen Aquatic and Fitness Center will serve as the swimming venue for the 2022 Special Olympics USA Games, one of several venues around Orlando that will host competitions during the event. In March, the venue hosted the National Club Swimming Association National Championships for seniors and age groups.

“Mr. Rosen and the Rosen Aquatic Center have been such steadfast supporters of Special Olympic Athletes over the years,” said Joe Dzaluk, president and CEO of the 2022 Special Olympics USA Games. “It is an honor to host the 2022 USA Games swimming competitions in such a prestigious facility. We will welcome over 300 swimmers from 48 U.S. state programs, Aruba, Jamaica and the Bahamas. We are thrilled that they will be competing in such a special venue.”

“Ultimately, our goal is to be an inspiring fitness center to support the community and visitors with their wellness goals, while continuing to be a world-class facility where athletes of all ages and levels from around the world come to enhance their aquatic abilities,” said Rosen.