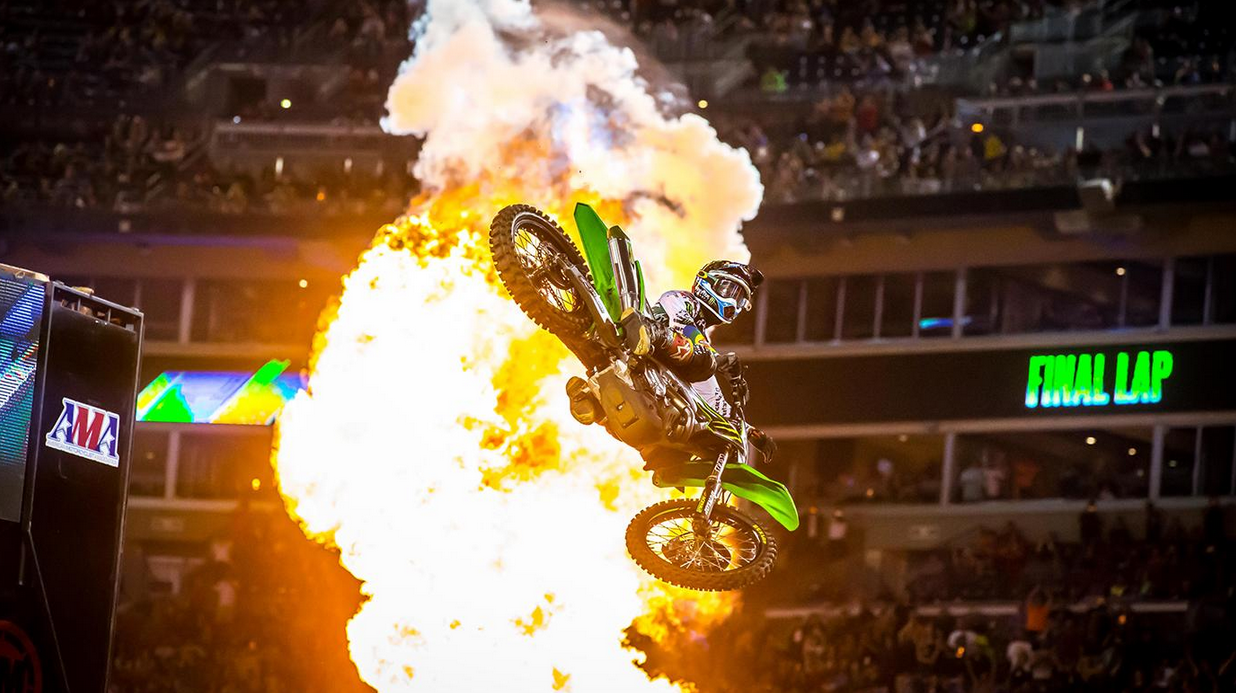 The Monster Energy AMA Supercross series in 2020 will visit 17 stadiums and, for the first time in 23 years, have its season finale somewhere other than Las Vegas.

The series will start January 4 at Angel Stadium in Anaheim, California, and visit 14 states before the season finale on May 2 at Rice-Eccles Stadium in Salt Lake City.

“Our goal is the continued growth of the sport and rotating markets every couple of years, expanding Supercross Futures events and moving the finale to a new location helps keep the series fresh and exciting for the fans, as well as for the race teams and athletes,” said Todd Jendro, Feld Entertainment’s vice president of operations-motorsports. “Utah has become synonymous with elite, world-class sporting events and we thought hosting the finale in Salt Lake City would be a fitting choice.”

Angel Stadium, which has hosted Supercross more than any venue in the sport’s 46-year history, will host two separate events on January 4 and January 18. Among other traditional venues in 2020 are The Dome at America’s Center in St. Louis; Raymond James Stadium in Tampa, Florida; and Gillette Stadium in Foxborough, Massachusetts.

Other highlighted stops will be AT&T Stadium in Arlington, Texas, which last year had the closest race in series history between Cooper Webb and Ken Roczen, plus Mercedes Benz Stadium in Atlanta and Daytona International Speedway in Daytona Beach, Florida.

The series’ four-event closing stretch includes a return to Broncos Stadium at Mile High in Denver on April 4, followed by a stop at Gillette Stadium on April 18 and a traditional stop at Las Vegas’ Sam Boyd Stadium on April 25 before the series finale in Salt Lake City, which hosted an event in 2018.

“Utah has a long history of hosting Supercross events and other major international sporting events, including the Olympic Winter Games,” said Utah Sports Commission President and CEO Jeff Robbins. “The season finale will be one of the biggest sporting events ever held in Utah, driving tremendous economic impact and media value to our great state. We are excited to welcome back the top riders in the world and their terrific fans to Utah.”