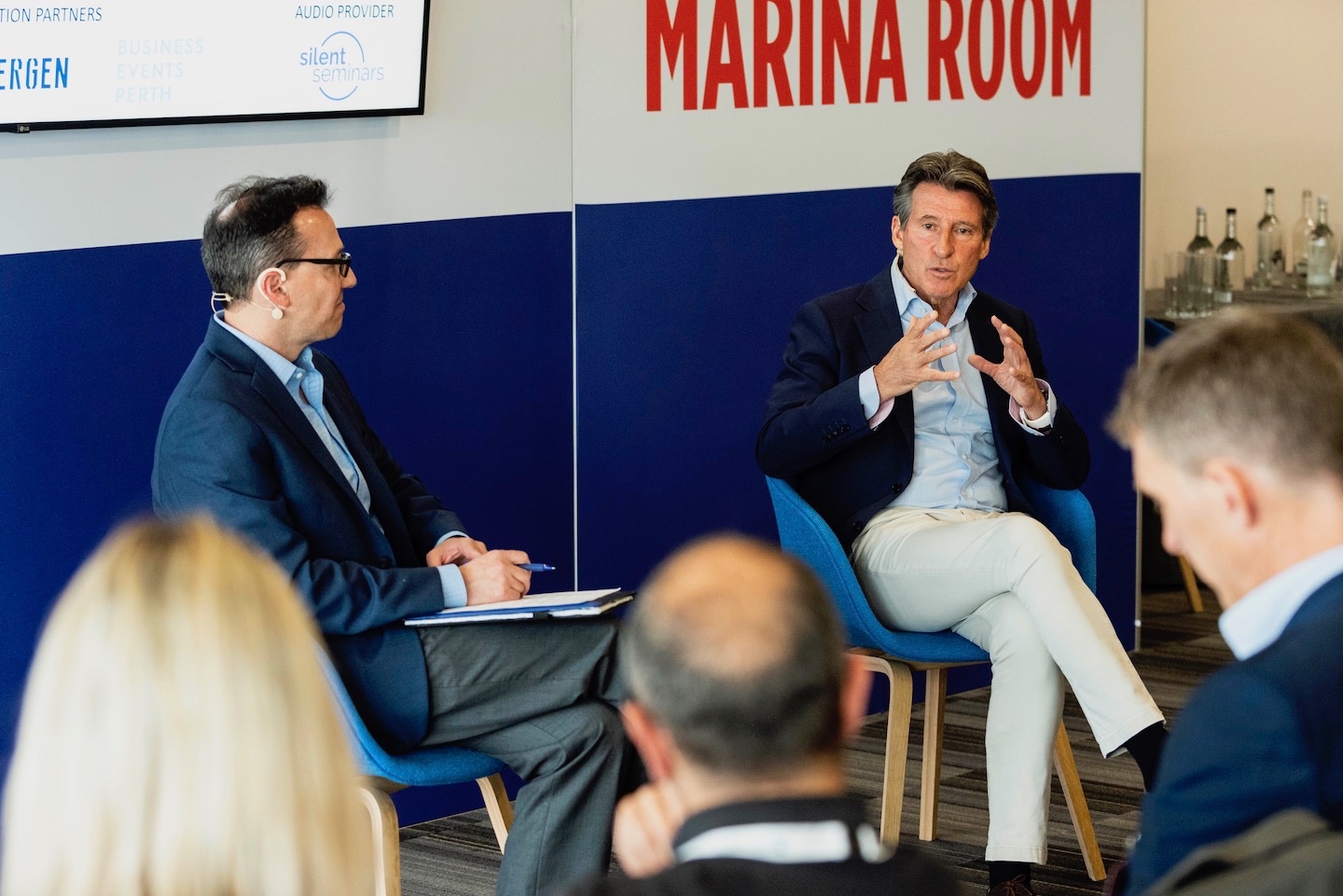 The value of sport in communities and how staging events such as the Olympic and Paralympic SummerGames can have a catalytic effect on improving them was one of the key messages delivered by Sebastian Coe, double Olympic gold medalist and president of World Athletics, during his keynote address at the inaugural TEAMS Europe held this week in co-location with The Meetings Show on the 10th anniversary of the 2012 London Games.

In the decade since, the city and the region have attracted hundreds of events based on the successful organization during the summer of 2012. Coe talked with Jason Gewirtz, vice president, Sports Division, Northstar Meetings Group and the executive editor and publisher of SportsTravel, about his time as chairman of the London Organizing Committee for the Olympic Games as well as a variety of topics around the sports and leadership world.

Building a strong team around you and focusing on successful delivery of an event to help build a legacy were tips shared by the former MP and Olympic middle-distance runner: “The role of an organizing committee is not to build a legacy, it is to deliver the best event it possibly can,” Coe said. “If it does that, you have got a legacy.”

Modeled after the TEAMS Conference & Expo, which is now in its 24th year and will be held this October in Oklahoma City, Oklahoma, TEAMS Europe brought together leading sports-event rights holders and organizers producing events in the UK and internationally with executives from destinations, facility management companies, hoteliers and service providers who want more sports-related business.