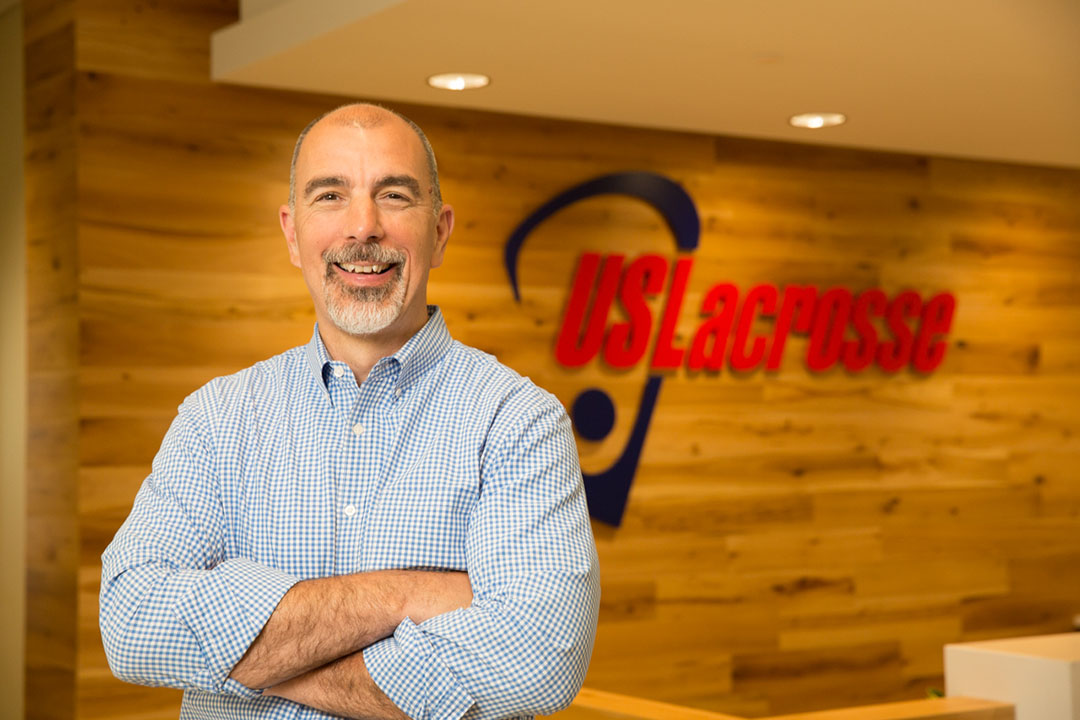 Steve Stenersen will leave as CEO of US Lacrosse after having led the organization since its inception in 1998. He will depart by the end of 2021 after a multi-year series of strategic conversations between Stenersen and the US Lacrosse Board of Directors about succession planning and the national governing body’s evolution.

Stenersen has held the primary leadership role in the development of lacrosse in the United States since being named executive director of The Lacrosse Foundation in 1984. There, he led the movement to create a unified national structure for lacrosse that eventually resulted in the merger of eight national organizations to form US Lacrosse.

“Great leaders are rare and Steve has proven himself to be an incredible one for nearly four decades,” said Beth Lyman, chair of the US Lacrosse Board of Directors. “Steve’s departure comes when he is at the top of his game, having built and led an outstanding organization that is now perfectly positioned to take advantage of new opportunities that lie ahead.

“The board of directors joins the entire lacrosse community in expressing our profound appreciation to Steve for helping to lead the sport and drive the organization to a place of programmatic and financial strength. While Steve will certainly leave huge shoes to fill and his daily presence will be sorely missed, we are also thankful for and excited about the impressive foundation he is leaving US Lacrosse that can be built upon.”

Lacrosse has grown considerably during Stenersen’s tenure. US Lacrosse has invested more than $275 million into the development and infrastructure of the sport over the past 20 years. About 850,000 players compete on organized lacrosse teams in the United States annually, an increase of more than 225 percent since the NGB first started tracking data in 2001.

In its first year of operation, US Lacrosse had an annual operating budget of about $1 million and about 20,000 members nationwide; its budget now exceeds $22 million and the number of US Lacrosse members has grown to more than 430,000.

“It has been the honor of a lifetime to steward US Lacrosse from its infancy to the extraordinary position the organization occupies today,” Stenersen said. “I’m enormously proud of what has been accomplished to date and will be forever grateful for the opportunity to work with such talented and passionate coworkers and volunteers throughout the United States in service to the sport we love. My pride for US Lacrosse is matched only by my excitement about what I know will be a rewarding journey of continued success.”