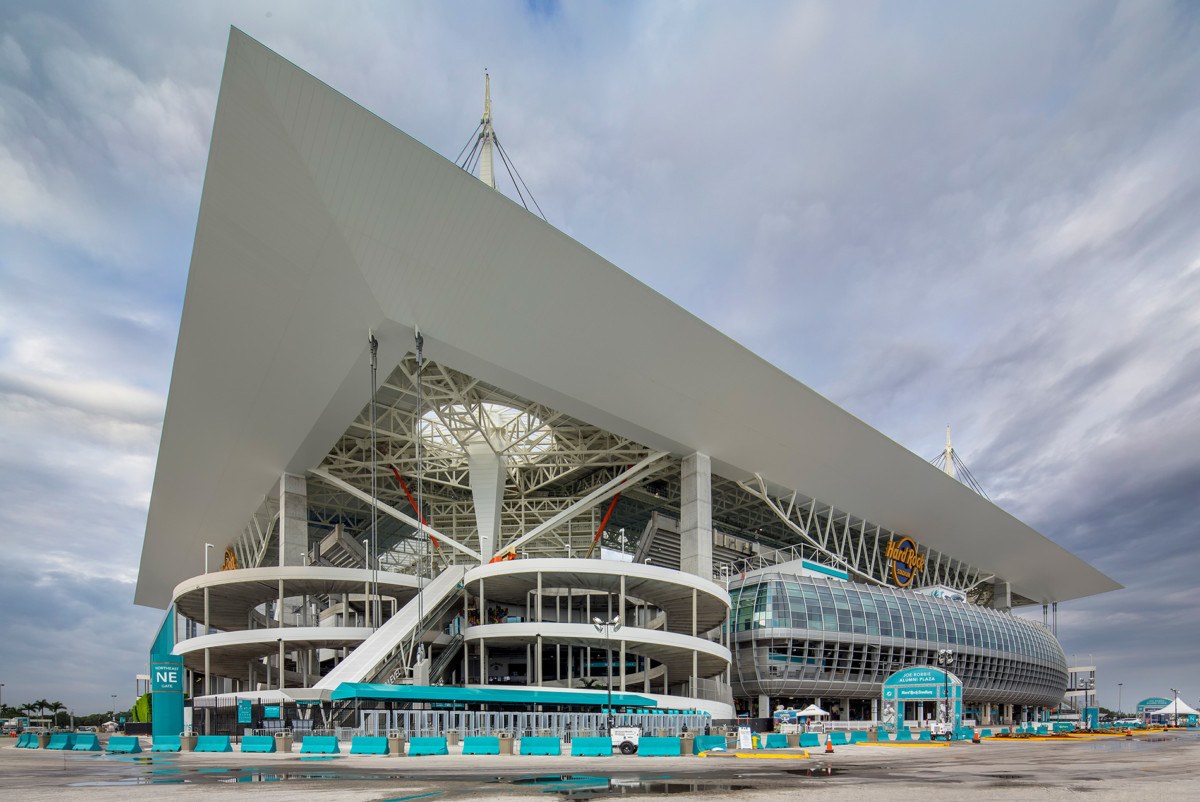 The National Football League‘s showcase event, the Super Bowl is annually one of the biggest sporting dates of the year around the world. Thousands of fans try to get into the game and tickets plus hospitality packages are some of the most highly sought after in the travel industry. As Sunday’s game approaches, we take a look at where the NFL has hosted the game during the 21st century and how it’s moved throughout the United States into various regions. 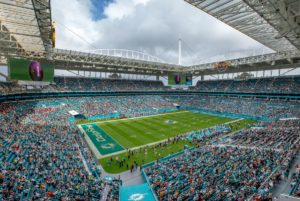 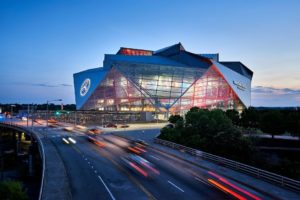 2019: Atlanta
GAME: New England Patriots 13, Los Angeles Rams 3
SITE: Mercedes-Benz Stadium
ATTENDANCE: 70,081
ARCHITECT: HOK
STANDOUT FEATURE: The retractable roof is a pinwheel with eight triangular panels and a video board that wraps around the entire inside of the stadium. 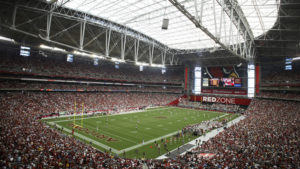 2015: Glendale, Arizona
GAME: New England Patriots 28, Seattle Seahawks 24
SITE: University of Phoenix Stadium
ATTENDANCE: 70,288
ARCHITECT: Populous, Eisenman Architects
STANDOUT FEATURE: Its combination of a retractable roof and roll-in natural grass field led it to being called by BusinessWeek as one of the 10 most impressive sports facilities in the world. 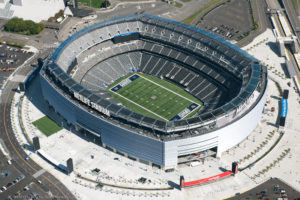 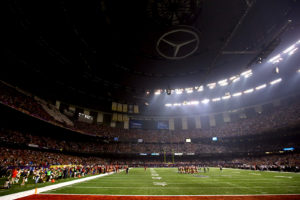 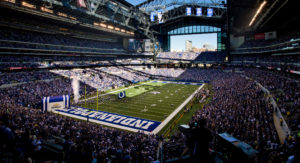 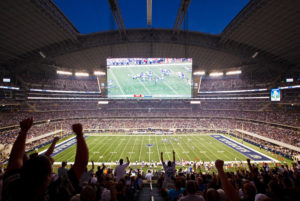 2011: Arlington, Texas
GAME: Green Bay Packers 31, Pittsburgh Steelers 25
SITE: Cowboys Stadium
ATTENDANCE: 103,219
ARCHITECT: HKS
STANDOUT FEATURE: One of the most expensive stadiums ever at $1.5 billion, the HDTV screen hung at midfield hangs from one 20-yard line to the other 20-yard line. 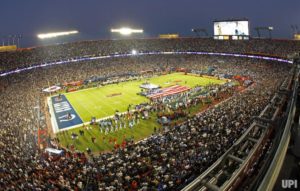 2010: Miami
GAME: New Orleans Saints 31, Indianapolis Colts 17
SITE: Sun Life Stadium
ATTENDANCE: 74,059
ARCHITECT: HOK
STANDOUT FEATURE: It was the 10th time that the city had hosted a Super Bowl, which at the time was a record (since tied by New Orleans). The first five times that Miami hosted, the game was played at the Orange Bowl. 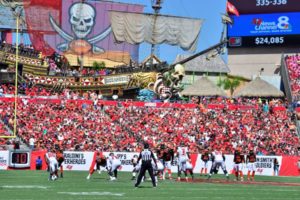 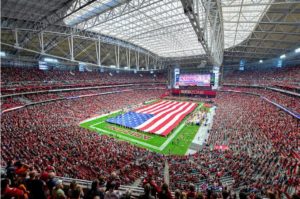 2008: Glendale, Arizona
GAME: New York Giants 17, New England Patriots 14
SITE: University of Phoenix Stadium
ATTENDANCE: 70,288
ARCHITECT: Populous, Eiseman Architects
STANDOUT FEATURE: The grass field is rolled in and out of the facility while the retractable roof was the first ever built on an incline. 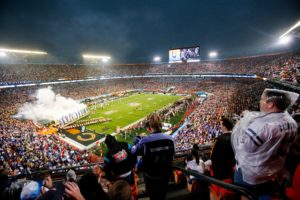 2007: Miami
GAME: Indianapolis Colts 29, Chicago Bears 17
SITE: Dolphins Stadium
ATTENDANCE: 74,512
ARCHITECT: Populous
STANDOUT FEATURE: The game was notable for heavy rain throughout, one of the few times that the Super Bowl has been played in inclement weather, prompting the canopy that will cover spectators at this year’s event. 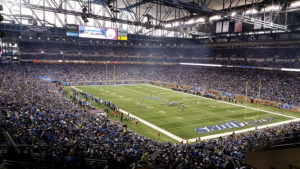 2006: Detroit
GAME: Pittsburgh Steelers 21, Seattle Seahawks 10
SITE: Ford Field
ATTENDANCE: 68,206
ARCHITECT: Rossetti Architects, Hamilton Anderson Associates, Kaplan, McLaughlin, Diaz Architects
STANDOUT FEATURE: The stadium incorporates a former warehouse that is the location for most of the suits along the south sideline, with the bulk of regular seats on the north sideline and both end zones. 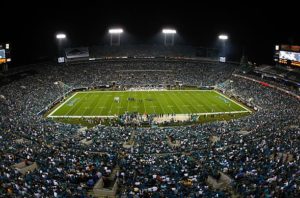 2005: Jacksonville, Florida
GAME: New England Patriots 24, Philadelphia Eagles 21
SITE: Alltel Stadium
ATTENDANCE: 78,125
ARCHITECT: Populous
STANDOUT FEATURE: The stadium was built using some pieces of the former Gator Bowl Stadium and the game’s crowd was, at the time, the largest for a Super Bowl since 1994. 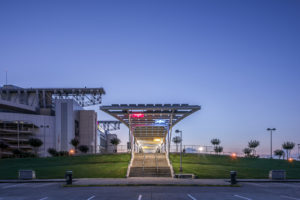 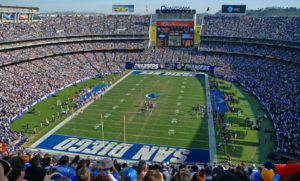 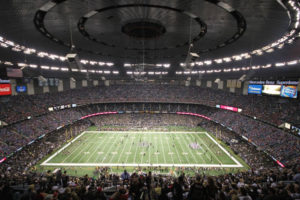 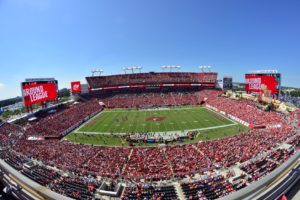 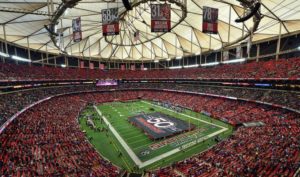 2000: Atlanta
GAME: St. Louis Rams 23, Tennessee Titans 17
SITE: Georgia Dome
ATTENDANCE: 72,625
ARCHITECT: Heery International, Rosser FABRAP International, tvsdesign
STANDOUT FEATURE: When it opened in 1999 and until its demolition in 2017, it was the largest cable-supported dome in the world with a roof made of Teflon-coated fiberglass fabric.