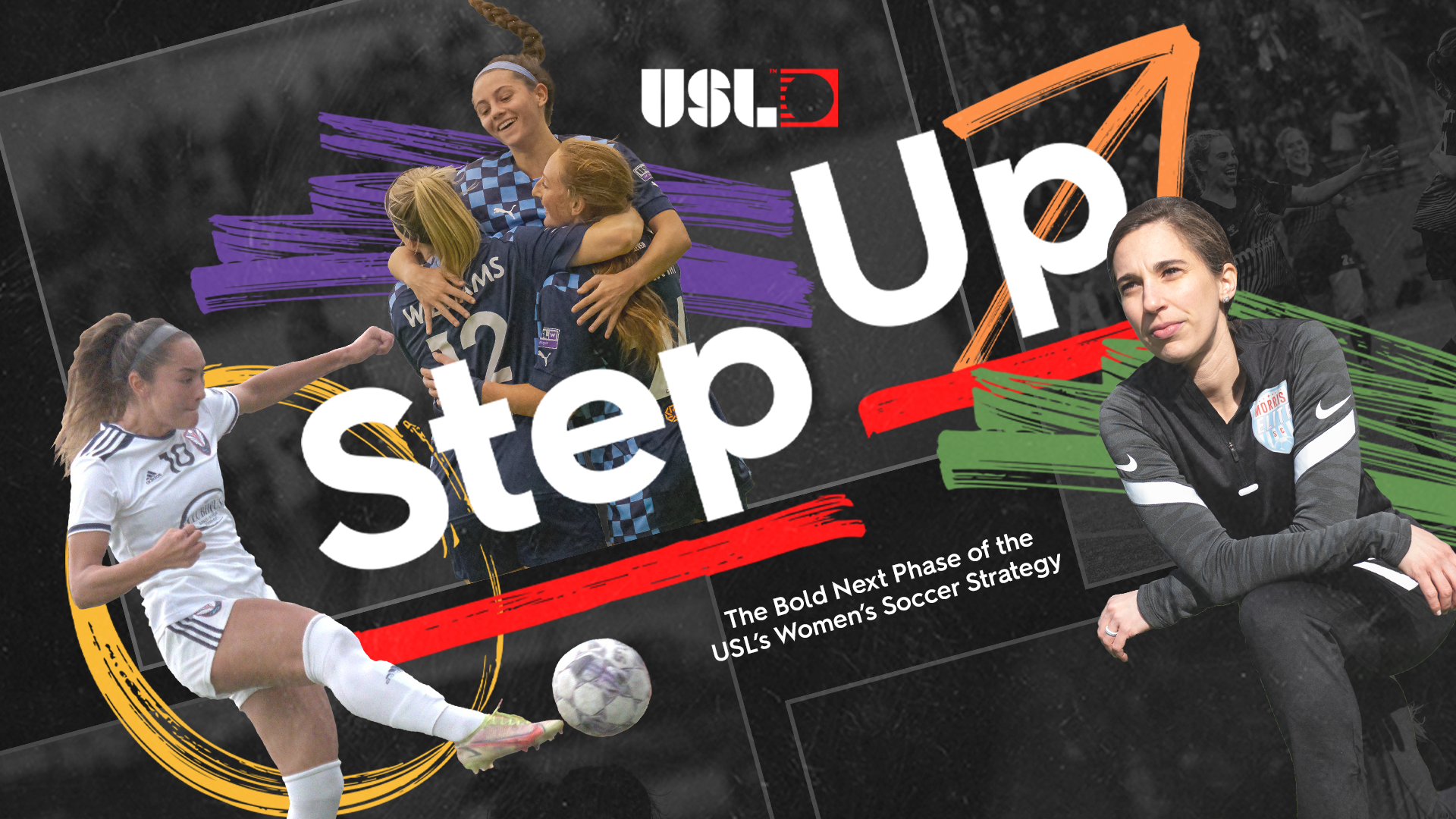 The United Soccer League has unveiled “Step Up: The Bold Next Phase in the USL’s Women’s Soccer Strategy,” an evolution of the USL’s women’s soccer strategy that is designed to maximize player potential and deliver a world-class fan experience while growing the business of USL clubs.

Step Up lays out a pathway for players from youth to professional, including the launch of the professional Super League, continued expansion of the pre-professional W League and the establishment and growth of the USL Academy for girls.

Step Up aims to ensure the long-term sustainability of the USL women’s soccer ecosystem by supporting the existing women’s soccer landscape while accelerating growth in new areas.

“Step Up is a collaborative effort, built with stakeholders throughout the soccer industry to develop one of the most impactful women’s soccer ecosystems in the world and to help shape the future of soccer in America,” said Amanda Vandervort, president of the USL Super League. “It states our ambitions clearly and puts a stake in the ground for what we believe in — that the women’s game can and will benefit from more professionalization, more committed clubs, and more opportunities for women players and coaches at all levels.”

The USL Super League, which was scheduled to begin in 2023, will now start in August 2024. The Super League will play on the international match calendar from fall to summer.

“Our vision is to be a global leader in women’s soccer on and off the field,” said USL Chief Executive Officer Alec Papadakis. “The fully integrated women’s pathway we are building is transformational for the USL and for the game, providing thousands of additional opportunities for players, coaches, referees, executives, partners and fans in professional women’s soccer and all the way through the American soccer pyramid. We have the committed ownership, infrastructure and expertise to build a viable long-term business that brings the excitement of women’s soccer to more fans and more communities across the country.”