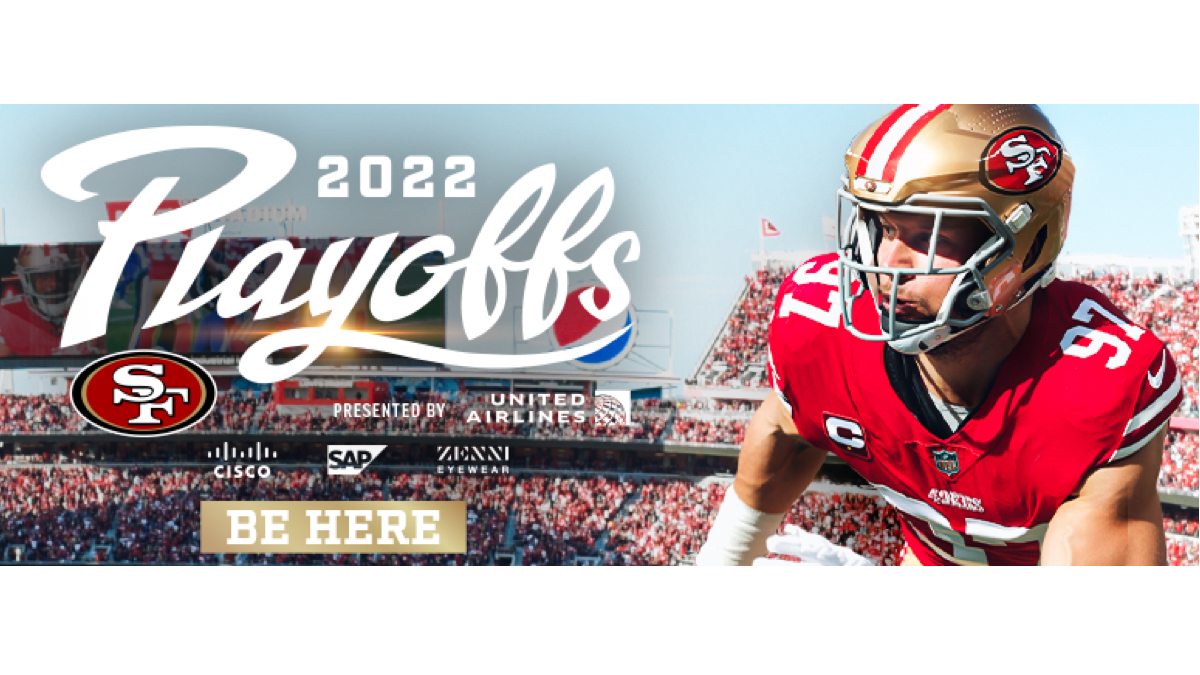 The San Francisco 49ers have announced United Airlines will be the presenting sponsor of the team’s 2022 playoff run.

As the official airline of the 49ers, United is sponsoring a game day experience sweepstakes including flights to potential away games for the entirety of the playoffs beginning with the 49ers NFC Wildcard Game against the Seattle Seahawks on January 14 at Levi’s Stadium.

“We are thrilled to have United onboard as the presenting sponsor of 49ers playoffs for the second consecutive season,” said Kevin Hilton, 49ers vice president of corporate partnerships. “Last season, our team played in three road playoff games and United was a big reason why the Faithful showed up strong in each opposing stadium. With our NFL Wildcard Game taking place at home this season, we and all playoff partners — including associate partners Cisco, Zenni and SAP — remain committed to providing fans with an unforgettable playoff experience.”

The online sweepstakes will provide one fan and their guest with a game day experience inclusive of tickets, lodging and airfare to any potential away games. Fans can enter the sweepstakes by visiting 49ers.com. A winner for wildcard weekend will be announced January 12 and the sweepstakes will repeat for each additional playoff game the 49ers compete in this postseason.

“There’s nothing quite as exciting as being at a game watching your favorite team in the playoffs, and we know 49ers fans are always eager to create that strong home field atmosphere that brings a powerful energy to the stadium and the team,” said Jennifer Entenman, managing director of sponsorships at United. “People travel from all over the country to get in on that action and as the official airline of the 49ers, we look forward to connecting fans to that atmosphere as the Niners advance throughout the playoffs.”