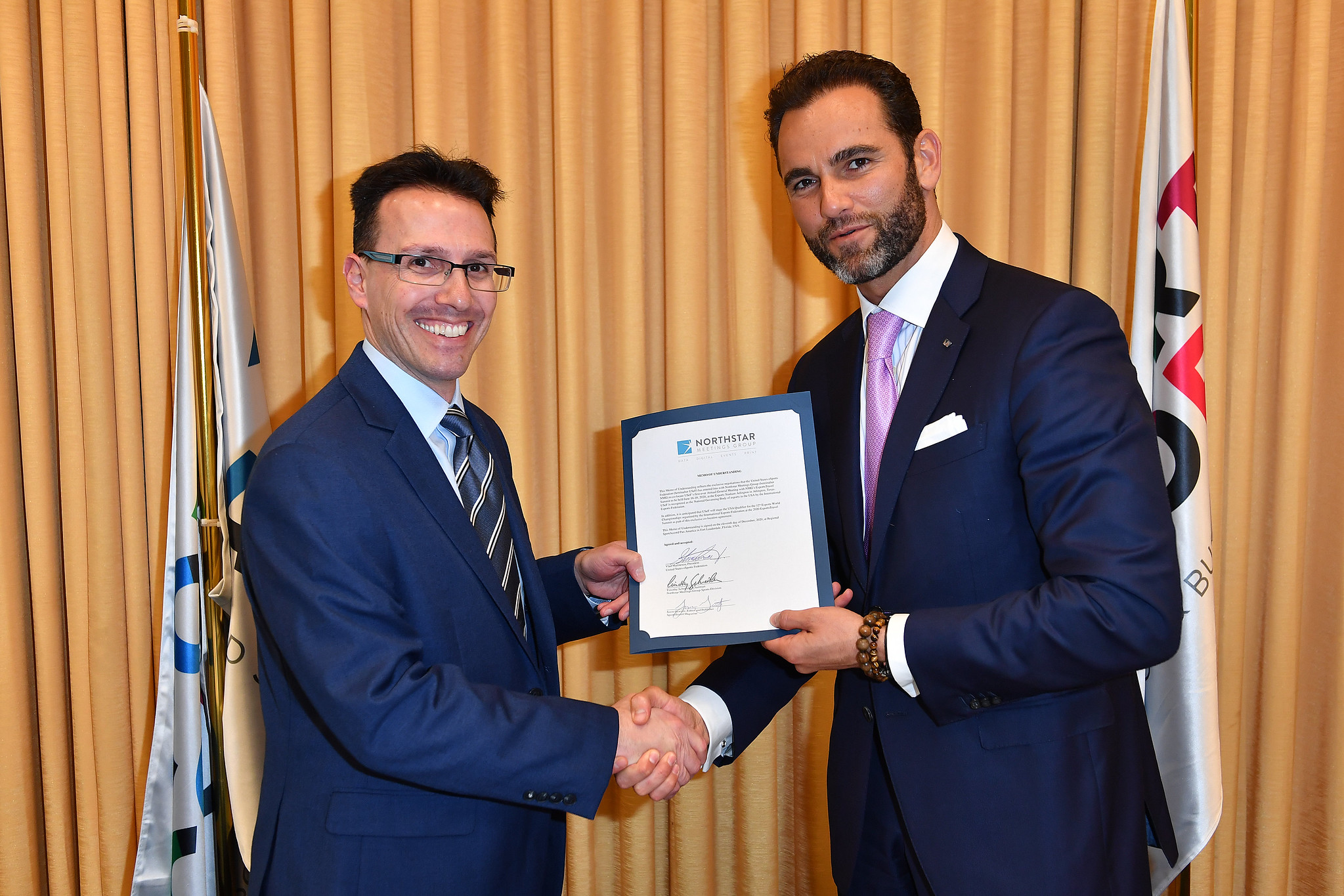 The United States eSports Federation has announced that it will hold its inaugural Annual Meeting at the 2020 EsportsTravel Summit, which will be held November 18–20 at the Esports Stadium Arlington in Arlington, Texas. The co-location agreement was announced today at Regional SportAccord Pan America in Fort Lauderdale. Produced by Northstar Meetings Group and hosted by the Arlington Sports Commission, the EsportsTravel Summit is the only business conference that focuses on esports tournaments and events as well as the role of the travel industry in the continued growth of esports.

“We are excited to partner with the United States eSports Federation,” said Timothy Schneider, founder of the EsportsTravel Summit and chairman of the Sports Division of Northstar Travel Group, which publishes SportsTravel magazine and also organizes the annual TEAMS Conference & Expo. “This partnership reflects the increasing profile of esports at the national level as well as the continued growth of esports as a global phenomenon.”

“This agreement enhances one of our main objectives, which is to unite esports stakeholders to promote the growth of esports throughout the United States,” said USeF President Vlad Marinescu. “Only through collaboration of all stakeholders in the United States can we ensure a sustainable growth model and protect athletes.”

Attendees at the 2020 EsportsTravel Summit will convene at the 100,000-square-foot Esports Stadium Arlington, the largest stadium for live competitive gaming in North America. With a seating capacity of 2,500, the stadium features a 90-foot LED stage display with theatrical lights and sound. Other features include a state-of-the-art broadcast facility, a gamer gallery and modular breakout space for press, catering and VIP lounges. The stadium is connected to a 48,000-square-foot exhibit hall.

The EsportsTravel Summit was launched in conjunction with the TEAMS Conference & Expo in Orlando in 2017 and has since been held as a stand-alone event in Las Vegas in 2018 and Atlantic City in 2019. The Summit facilitates partnerships between esports organizations and the travel industry while providing educational programming, a marketplace and multiple business networking opportunities. According to Goldman Sachs, the global esports audience is expected to grow from 194 million people in 2019 to 276 million in 2022.

The United States eSports Federation (USeF) is the official governing body for esports in the USA and a member of the International Esports Federation (IESF). The USeF is a not-for-profit organization with the responsibility to promote, grow and develop the quality, diversity and beauty of esports as part of the fabric of our communities, and our day-to-day lives for now and generations to come. USeF’s ambition is to unite all esports stakeholders, including athletes, event organizers, technology producers, innovators and inventors, IP holders, parents, sponsors and fans.