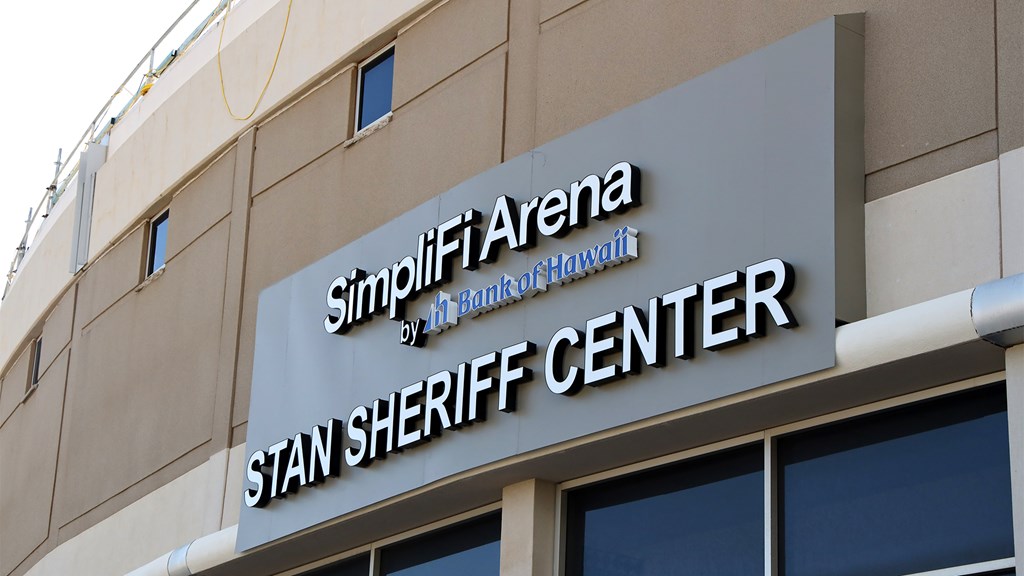 The new name retains the legacy of former Hawai’i Athletics Director Bruce “Stan” Sheriff. Bank of Hawaii chose the name “SimpliFi” after its digital banking experience, which launched in 2018. In addition, Bank of Hawaii Foundation has established a $100,000 endowment scholarship fund in the name of the facility’s namesake to help meet the financial needs of UH student-athletes.

“Bank of Hawaii has been a loyal and long-time partner of University of Hawai’i Athletics and we are extremely grateful to Peter Ho and his team for this impactful gift,” said UH Athletics Director David Matlin. “The Stan Sheriff Center is one of the jewels on the Mānoa campus. Stan Sheriff was a visionary and the facility is a testament to his drive, dedication and love for UH Athletics. I know he is looking down and enjoying the cherished memories that have been made over the years and we look forward to countless more at SimpliFi Arena at Stan Sheriff Center.”

Stan Sheriff served as Hawai’i’s athletics director from 1983-1993. He was chiefly responsible for the construction of the 10,300-seat, on-campus arena, which was renamed in his honor shortly after his death. The Stan Sheriff Center celebrated its 25th anniversary last year.

“The University of Hawai’i has been greatly impacted by the pandemic,” said Peter Ho, chairman, president and CEO of Bank of Hawaii. “UH sports, in particular, not only brings us together as a community, but is a lifeline for so many student-athletes, who rely on unique opportunities to learn, compete and succeed on the field as well as in the classroom. Supporting UH in this way solidifies our financial support of UH Athletics and its student-athletes during this crisis and beyond while paying homage to a beloved local sports icon by keeping Stan Sheriff’s legendary legacy alive.”