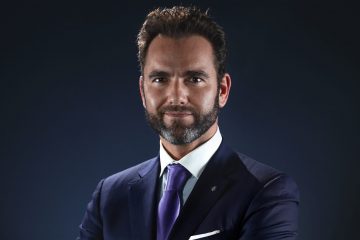 Vlad Marinescu has been re-elected as president of the International Esports Federation during the World Esports Championship Finals that finished Tuesday in Bali, Indonesia.

The IESF’s 15th General Assembly was held in Bali with 126 delegates from 112 countries taking part. Marinescu was re-elected as president with 65 votes, 0 against in a secret ballot vote and 4 abstentions.

“I am thrilled to be re-elected as president of IESF,” Marinescu said. “My goal is to unite the whole esports family and push esports even further. I thank you for your trust and I promise you that we can and we will create even bigger and better things in esports. I couldn’t have done this without all of you, so let’s continue to be united and change the world.”

Marinescu first stepped into the role of President in 2019 and was re-elected in December 2020. United Arab Emirates’ candidate and board member Sheikh Sultan Bin Kalifah Al-Nahyan withdrew from his candidacy before the vote.

The IESF also elected and welcomed three new board members at the meeting: Flip de Bruyn from Namibia, Lance Mudd from the United States and Lukasz Klimcyzk from Poland. Tiago Fernandes from Portugal and Constantine Surkont from Russia were re-elected to second terms on the board.