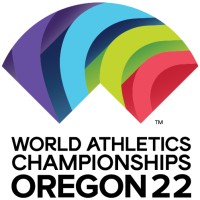 The World Athletics Championships Oregon22 has released its full schedule of events for the first time the event will be held in the United States, including a shuffling of the traditional dates where certain events will be staged. The event will be held July 15–24, 2022

The first evening session will end with the mixed 4x400m final, the only event on the program in which men and women compete together for medals. The final individual event of the championships will be on Day 10 with the decathlon 1500m, a tribute to Oregon’s home-grown Olympic and world decathlon champion Ashton Eaton.

For the first time in the event’s history, the championships will end with the women’s 4x400m, fulfilling on the pledge World Athletics has made to have greater gender equality in the sport. Five of the 10 evening sessions will conclude with a women’s final.

“The design of our world championships timetable is both an art and a science, with a lot of moving parts to fit together,’’ World Athletics President Sebastian Coe said. “We’ve strived to create every opportunity for our athletes to shine, in the stadium, on the road and on screens around the world, and we’re looking forward to watching them do that in Oregon, as our flagship event is held in the United States for the first time. You won’t want to miss it.”