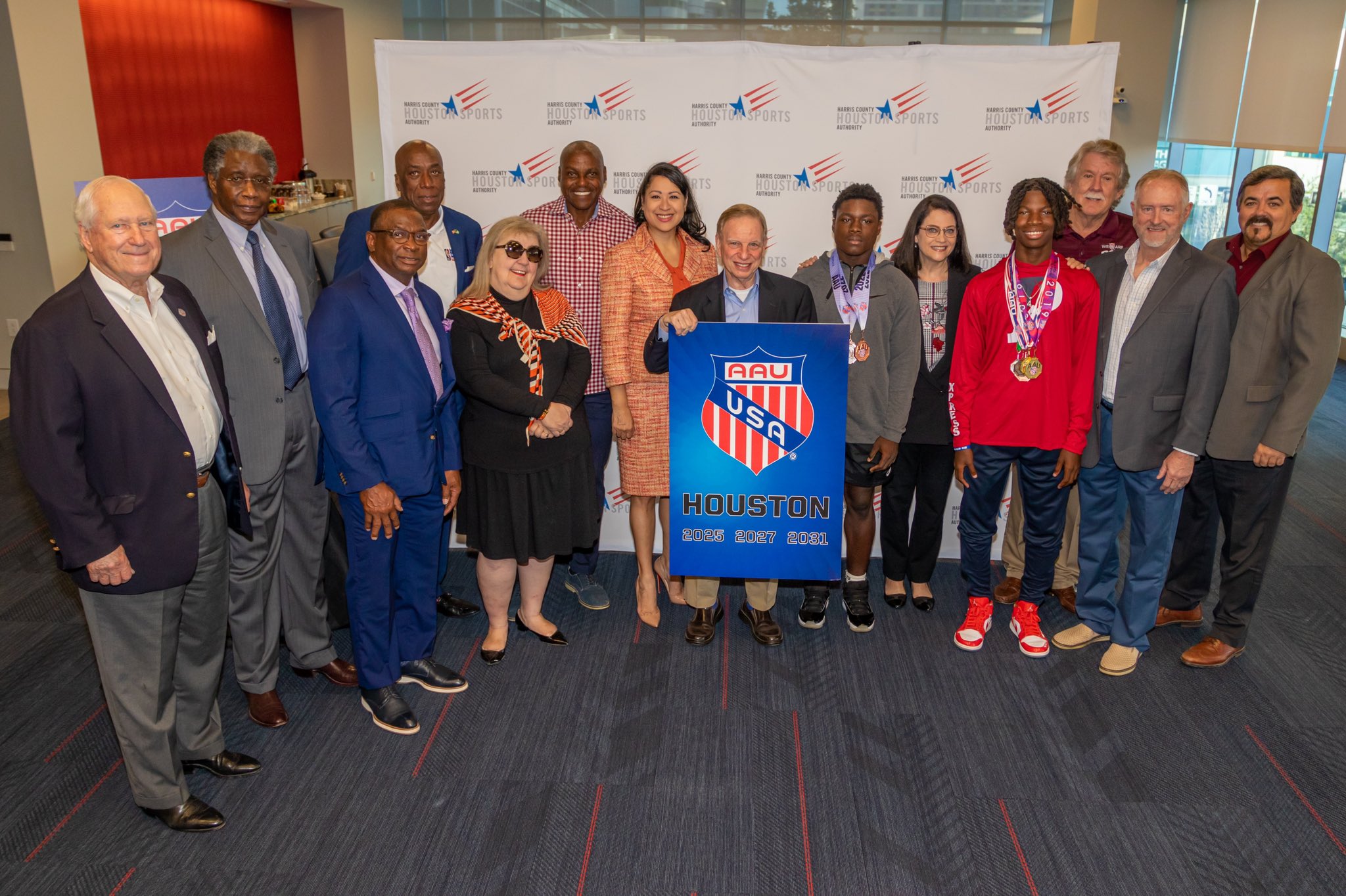 The AAU Junior Olympic Games is the largest national multi-sport event for youth in the United States. Houston has hosted the Games in 2012, 2016, and 2021.

“AAU [Junior Olympic Games] changed my life and I’m looking forward to seeing how it changes the lives of all the young athletes,” said Carl Lewis, a nine-time Olympic gold medalist and AAU Junior Olympic Games alumni. “Thank you to the [Harris County-Houston] Sports Authority and AAU for coming back to the community I love and understanding how Houston loves sports.”