One of the many sports vying for the chance to be included in the program for the 2028 Olympic Summer Games in Los Angeles is teqball, a soccer-based sport founded in 2014 in Hungary. Played on a specially curved table called a Teq Table, the sport has 60 official registered clubs and will have several tournament events throughout the summer on ESPN’s various platforms. We talked with AJ Nwosu, the chief executive officer of USA Teqball, about what the sport is about, his introduction to teqball, growing the sport across the country, its Olympic dreams and more. 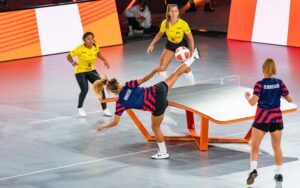 What is teqball? (2:07): “Teqball is essentially soccer ping-pong. It’s the purest use of a soccer ball. It’s a soccer played on a curved table, so imagine a ping pong table that’s curved and a soccer ball.”

His introduction to the sport and how it lends itself to soccer fans (2:27): “(I) was actually at a convention in 2018 and witnessed teqball prior to that on social media. And I played on the table and was immediately hooked after playing on it.”

The attraction of teqball for a new fan of the sport (3:12): “It’s non-contact, it’s gender neutral, it promotes quality in many ways. It’s social distancing in a day and age of COVID. And so from that component, it ticks all the right boxes when it comes to a soccer player wanting to extend their life cycle and still be engaged and touch a soccer ball. But at the same token, it’s its own sport and it has to be recognized that way because we’ve grown substantially on a global level, and the audience is there.”

Joining USA Teqball as CEO (3:50): “I love a challenge and for me, teqball and the grand ambitions of getting to the Olympics provided that challenge that I needed at that stage in my career. Prior to that, I played professional soccer and then ran a sports apparel brand for the best part of seven years where I finished my tenure as a VP and eventually COO of the company. … I saw the opportunity and obviously just the arbitrage to kind of get an emerging sport from literally the grassroots to the globalization stage and the national stage within the U.S. ecosystem. And I love the ideation of the sport itself, but saw that it could be a cultural phenomenon … and we’ve grown rapidly in the two and a half years since I’ve come on board. And we have more grandiose plans to expand our network and our reach within the U.S. ecosystem and also globally as well.”

Working to spread teqball as a viable sport throughout the United States (5:15): “America sets a cultural tone for the rest of the world. … The U.S. has some of the best athletes in the world. When you look at multi-sport athletes — kids in Europe and the rest of the world usually play cricket, rugby, or soccer, and then there’s other sports you may kind of fall into. Here in the U.S. obviously you play ice hockey, you play baseball, basketball, et cetera, football and all the above. So from that linear landscape, it’s slightly non-traditional the marketplace here. And so therefore we had to kind of dive in and create a strategy and a framework that is pretty complex. … what that comes down to is kind of placing teqball at the intersection of lifestyle and culture. … It’s a lifestyle sport. And then what I mean by that is can we get ourselves within the X Games? I look at teqball as more of as a Red Bull (sport) than I do a traditional sports company.”

How teqball has been able to adapt and promote itself during the pandemic (8:18): “The world’s changed and you look at the decentralization of working at home and the Google-ifcation and Zoom-ification of today’s world and you have to adapt. A lot of different companies are forced to adapt to the nature of today’s world. And for us, it’s no different. You look at the collegiate landscape and that’s where we kind of thrived and saw the opportunity … and so we’ve done that in many different variations by running activations on college campuses and recognizing that when basketball courts were closed during COVID the last 24 months and soccer fields were closed and everything else, students need to be active.

People need to be active. And so that’s where teqball came in. And from that standpoint, it’s not only made for at-home use, but also on a collegiate campus as well, where students could play in a safe space and environment while meeting the social distancing requirements. So that helped us a ton as far as the growth side of things. And then you look at the professional landscape, the MLS is Back where they bubbled (and) all the teams were brought into Florida. That presented an opportunity in itself that we provided teqball tables for that bubble there to keep the players active. And so the players became hooked and we had several players purchase teq tables for their personal development and their homes after that. And then teams wanted teqball tables as well from us after that event because they had the chance to try it out.”

The ease of the sport for players (10:44): “You need the table to play. I always say, people don’t know what they like, but they like what they know. So they have to try it to actually fall in love with it. … Once they see one success, as far as a serve and returning a serve in play, they are hooked from there because they want to kind of build on that success and play again and get better. And you see the incremental growth in your play and the way you’re playing. So that really changes things and is a huge game changer for individuals.”

The types of venues that USA Teqball uses for events (12:48): “It’s a beach sport. … but you can play it in an indoor location, be it a convention center venue. We held the teqball world championships in Poland last December that was held indoors and then our recent Los Angeles event was held on the beach. And that was a spectacular event. … What we try and create is an athlete experience, a fan experience. And then also outside of that, a fan engagement experience for the people watching. And so you look at those three buckets there and you say, OK, well, how do we make that happen? And part of that is running our events more like how you would run a festival.”

Working toward the LA28 program (14:55): “We remain very humble as a sport. We understand that we’re still growing. At the same time, I think you can remain humble and be wildly ambitious as far as our growth trajectory and where we want to be. … ”

How teqball tries to work with local sports commissions or CVBs (17:02): “Local cities and organizations, we try and form partnerships with the incumbents of different states, cities, communities, municipalities, et cetera … We’ve permanently installed teqball tables in Miami-Dade County, just installed a couple of tables in South Beach in Miami and in New York, Manhattan, we’ve installed tables there. And so the list goes on across the country. The accessibility of teqball is really going to be the main driver of growth not only from a player’s perspective, but also finding and unearthing the next Olympic champion in the local community. And we’ve also partnered with sister cities and the national U.S. Soccer Foundation and a cohort of other organizations that we’re helping to help grow not only sports, but using sports and teqball as a vehicle to bring kids and adults into a different stratosphere.” 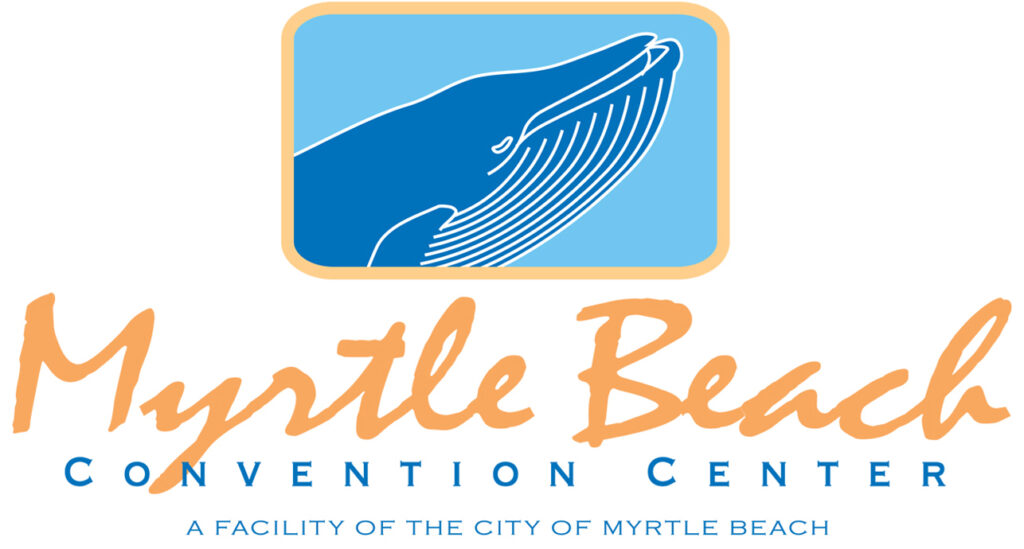