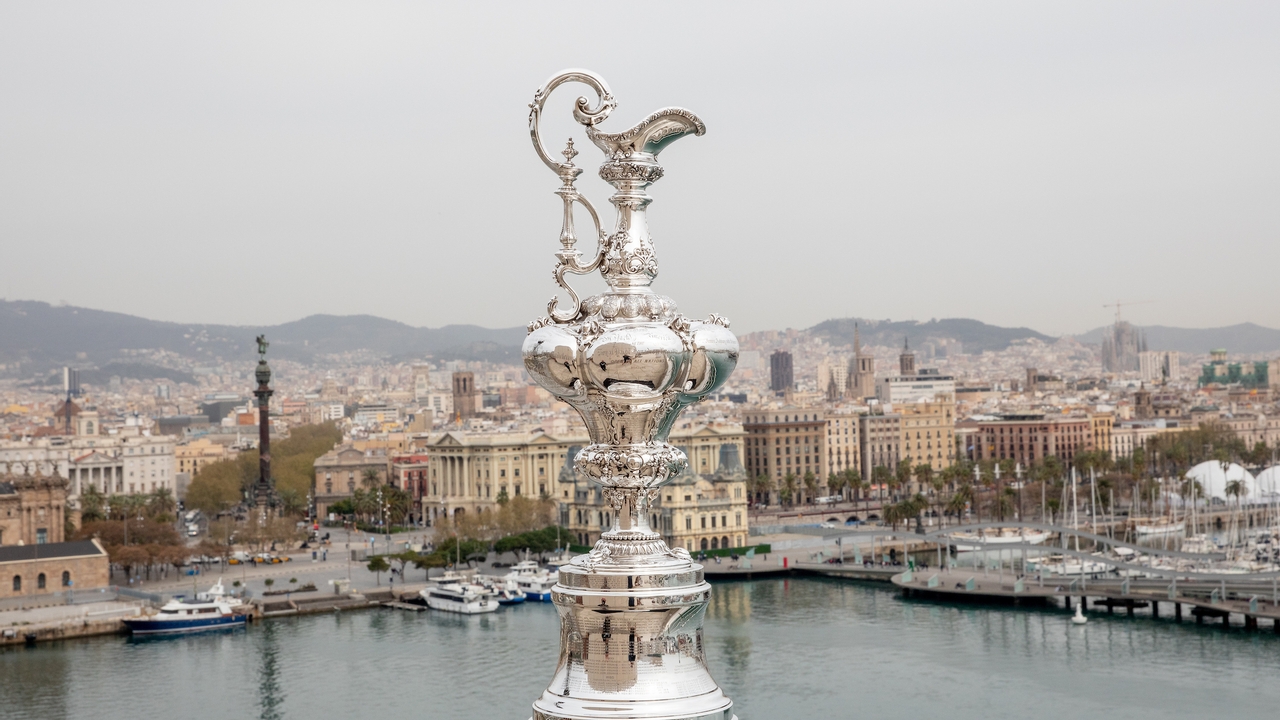 AC37: The Trophy in Barcelona SPAIN

Barcelona will host the America’s Cup sailing competition for the first time when the 37th Cup competition will be held in September and October of 2024.

The announcement was made this week by Emirates Team New Zealand and the Royal New Zealand Yacht Squadron, current holders of the Cup. Barcelona was selected over another Spanish city, Malaga, in addition to Jeddah, Saudi Arabia, and Auckland, New Zealand.

“Barcelona really is one of the most recognized cities in the world so to have the ability to host the most recognized sailing event in the world is hugely exciting,” said Grant Dalton, chief executive officer of Emirates Team New Zealand. “As defender of the America’s Cup, we have always felt the responsibility to grow the event, the audience and the sport of sailing on a global scale and certainly having the event hosted in a significant city such as Barcelona will allow us to propel the growth trajectory on the global sporting stage.”

Team New Zealand are four-time Cup winners and have hosted the regatta three times in Auckland. The Barcelona regional government said initial estimates suggested an economic impact of around $900 million to $1 billion.

“This should serve to promote the city to the world after the pandemic, to benefit Barcelona’s tradition of this sport in a city by the sea and in addition, to boost the emerging sector of innovation and technology, linked to nautical activities,” Barcelona Mayor Ada Colau said. “I want to thank all the public and private institutions for their support and complicity in this project”.