The Pyeongchang Olympic Winter Games has a bit of a large playing field, with events largely taking place in two areas: outdoor events in the Pyeongchang mountains and, 45 minutes away, indoor events in the coastal city of Gangneung. As a result, there are two Olympic Parks, areas where ticketholders can generally walk around, shop, trade Olympic pins and visit a number of “houses” established by Olympic sponsors or nations. With alpine and snowboard events even further spread out, the mountain Olympic Park is near the stadium used for the Opening and Closing ceremonies. But the coastal park, near the figure skating, curling, hockey and speedskating venues offers visitors even more to do.

Of note, this marks the first time since McDonald’s ended its Olympic sponsorship last year that the Games have taken place, leaving the fast food chain with its smallest Olympic Park footprint in years. In the past, the company has billed what it has called the largest McDonald’s in the world, temporary restaurants in Beijing and London, for example, that served the masses. Given that the masses are more dispersed this year, and that McDonald’s is only a local sponsor for the Games and not an international sponsor—the McDonald’s on site in Gangneung is relatively modest, but still one of the only places to get a meal outside the venues. (It’s also shaped like a burger, fries and a drink.) 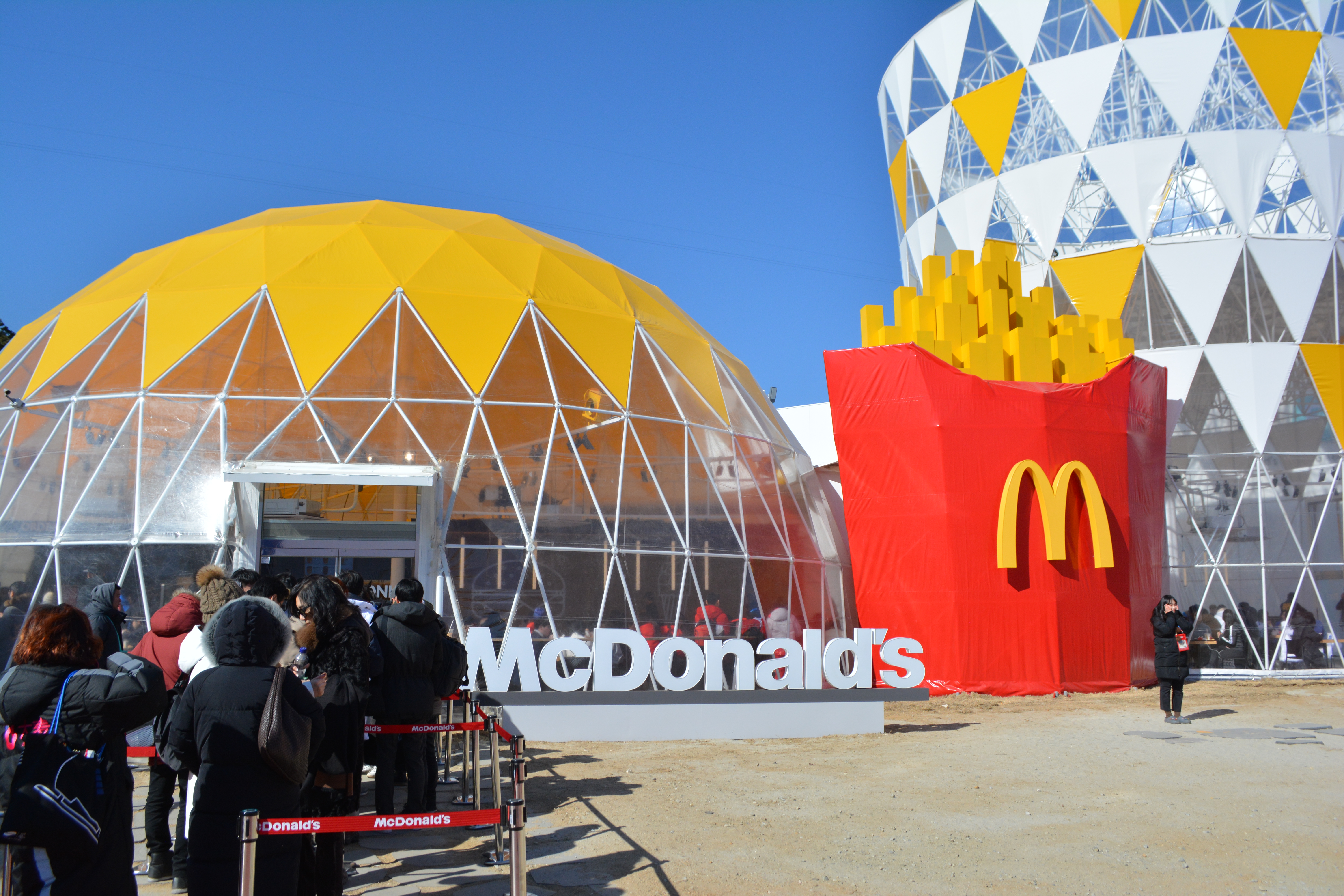 Elsewhere around the park, one of the popular spots is the Samsung House, which features not only the company’s entire range of products, but interactive experiences as well. (Read: Virtual reality.) It has been a popular spot particularly among Pyeongchang 2018 volunteers, a large group of which took the opportunity to virtually try some bobsled the other day.

Here is a look around some of the Olympic Park in Gangneung. 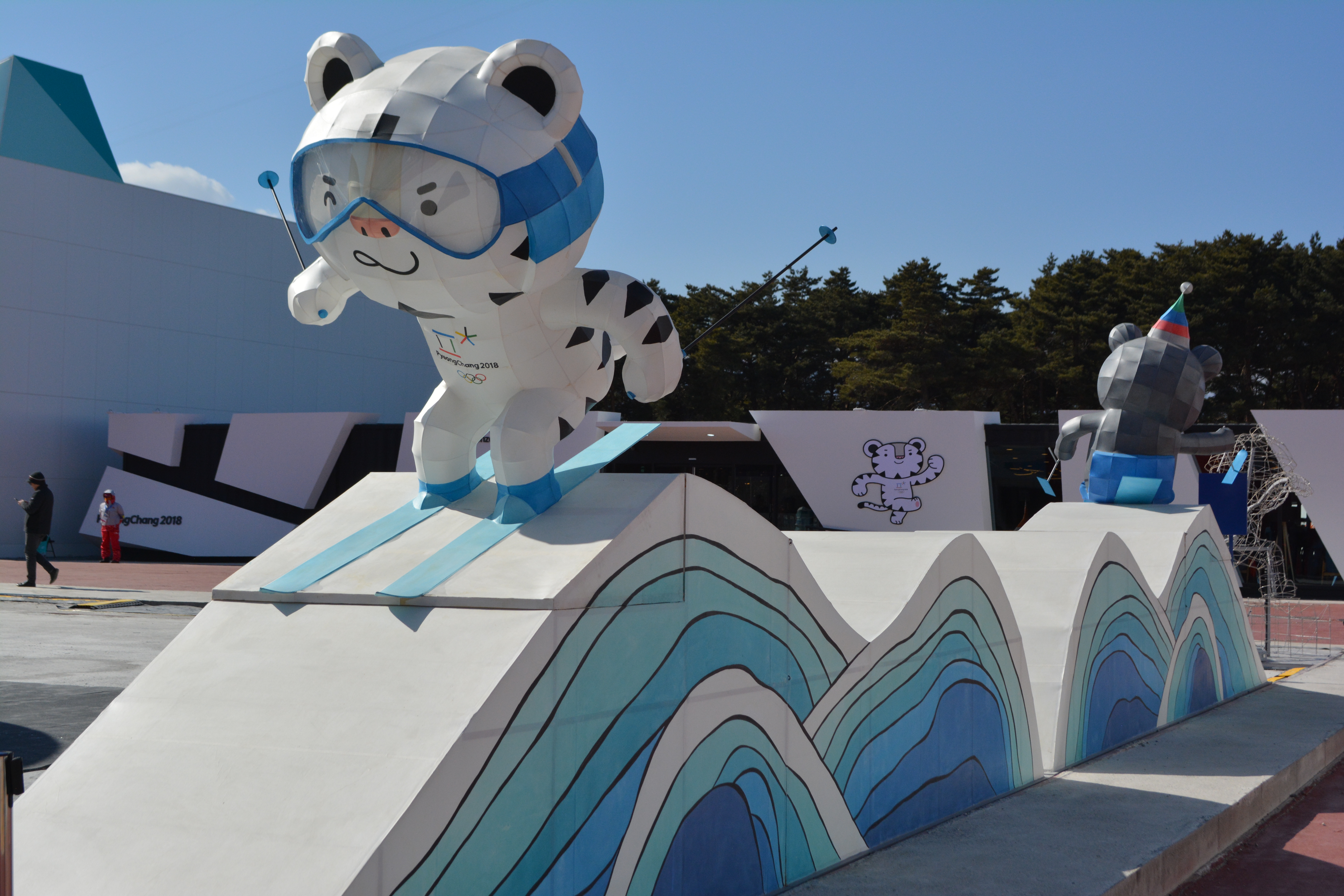 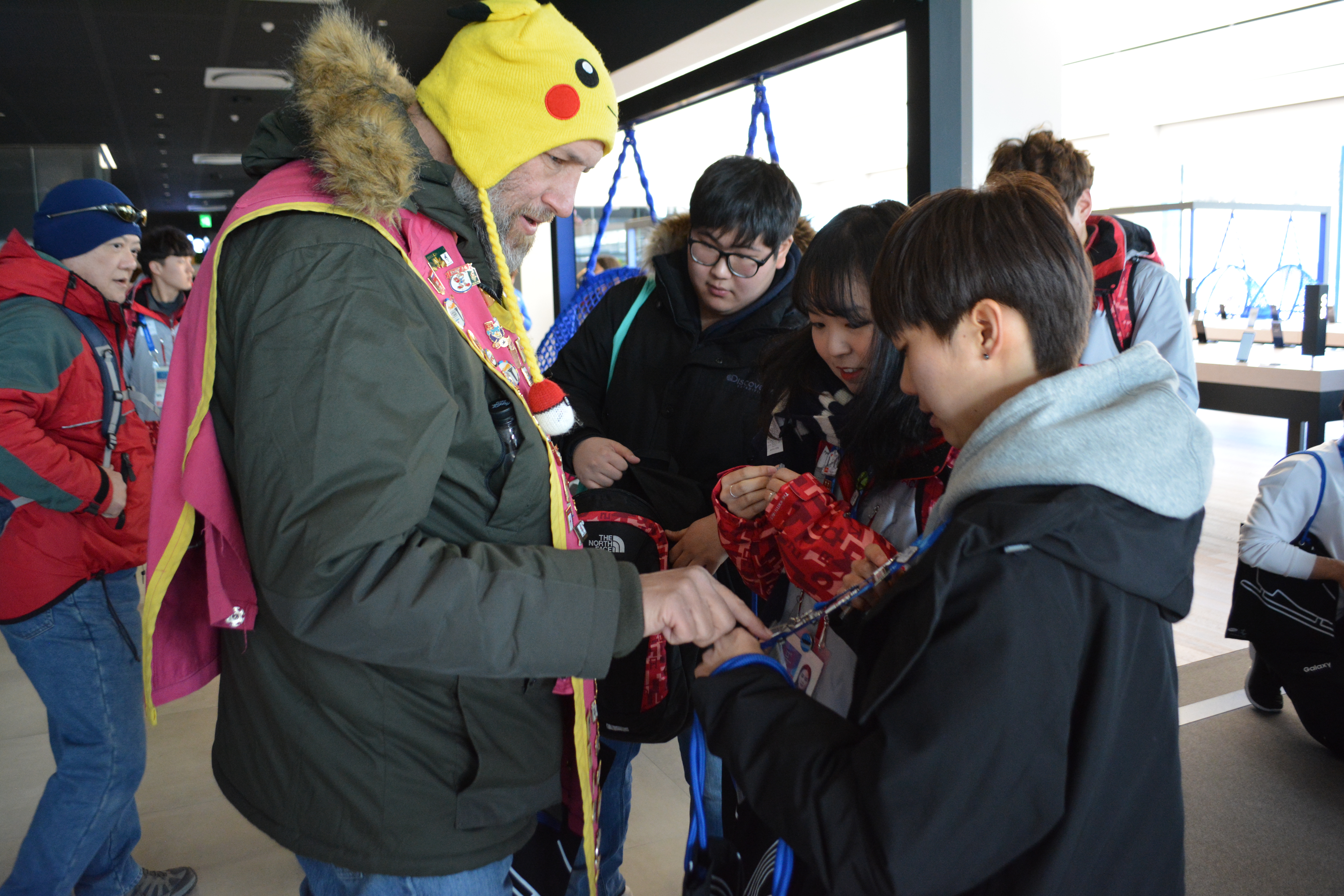 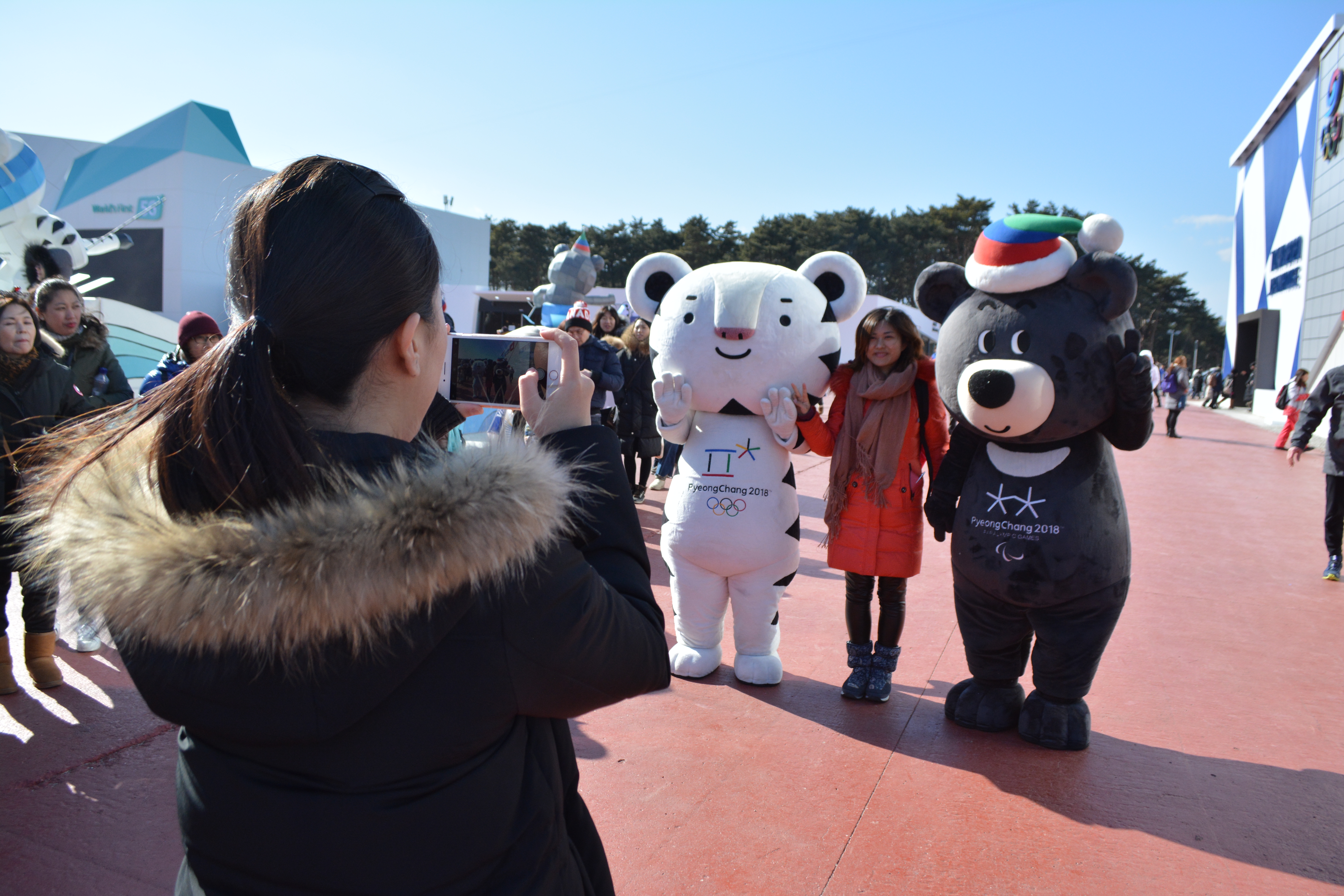 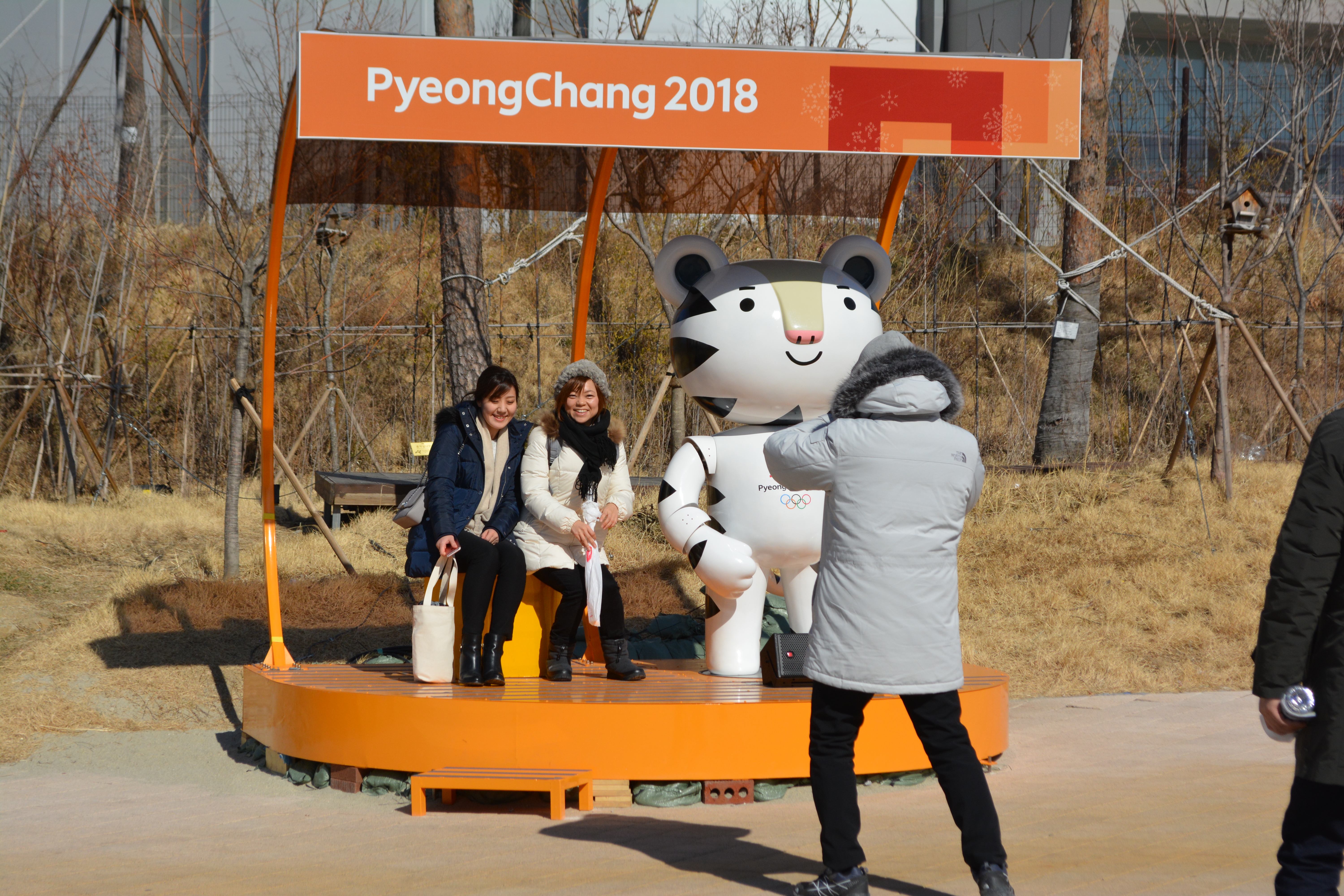 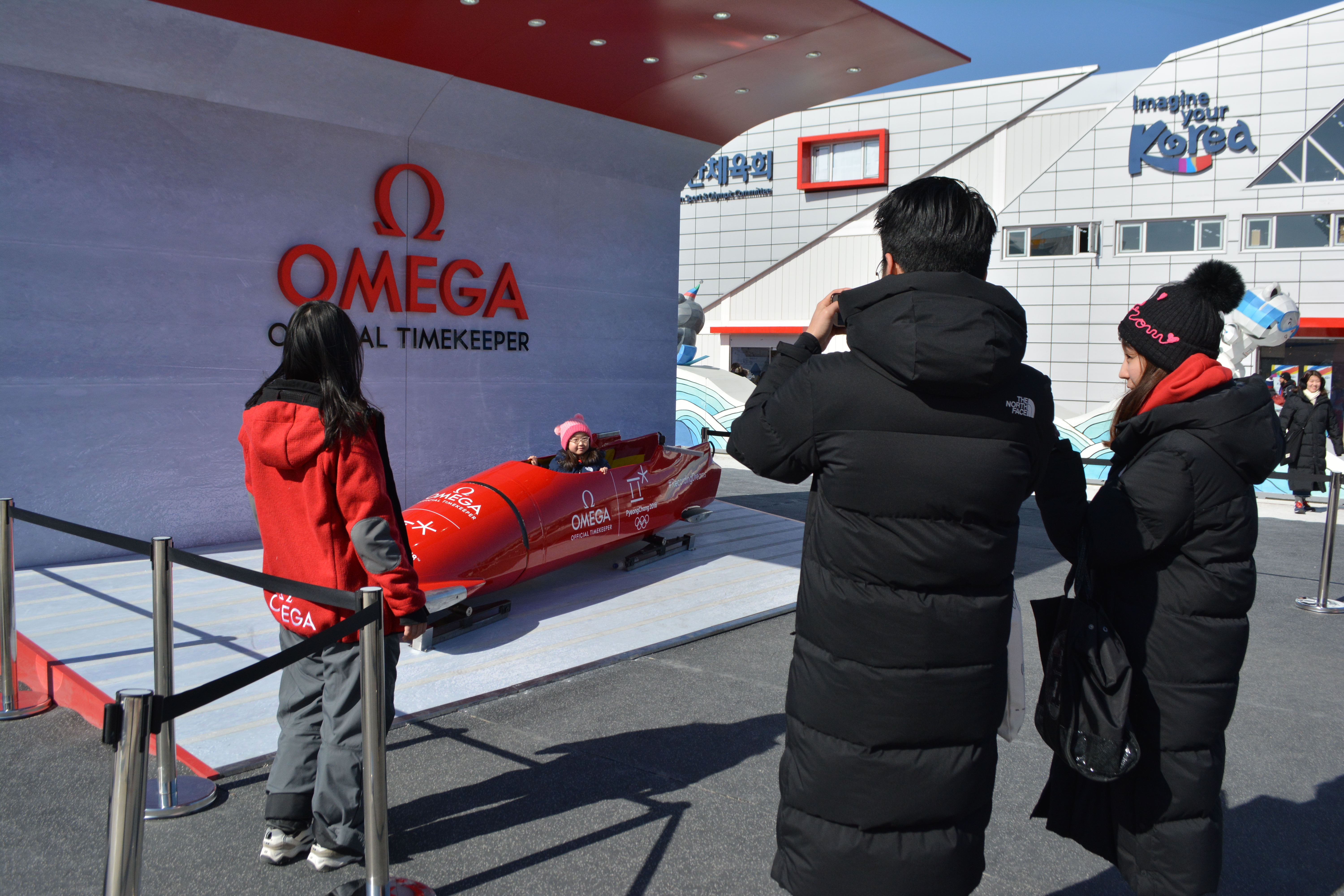 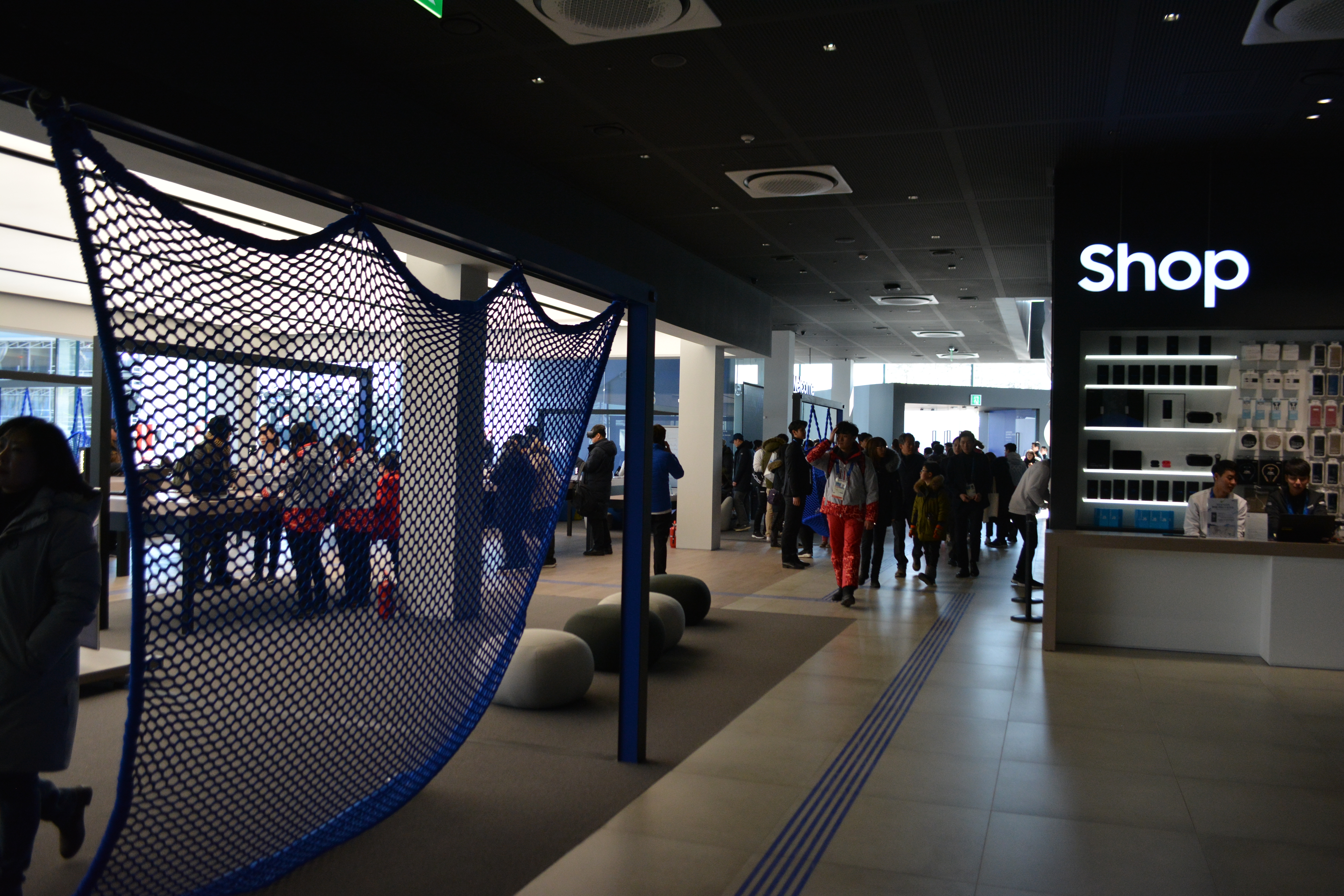 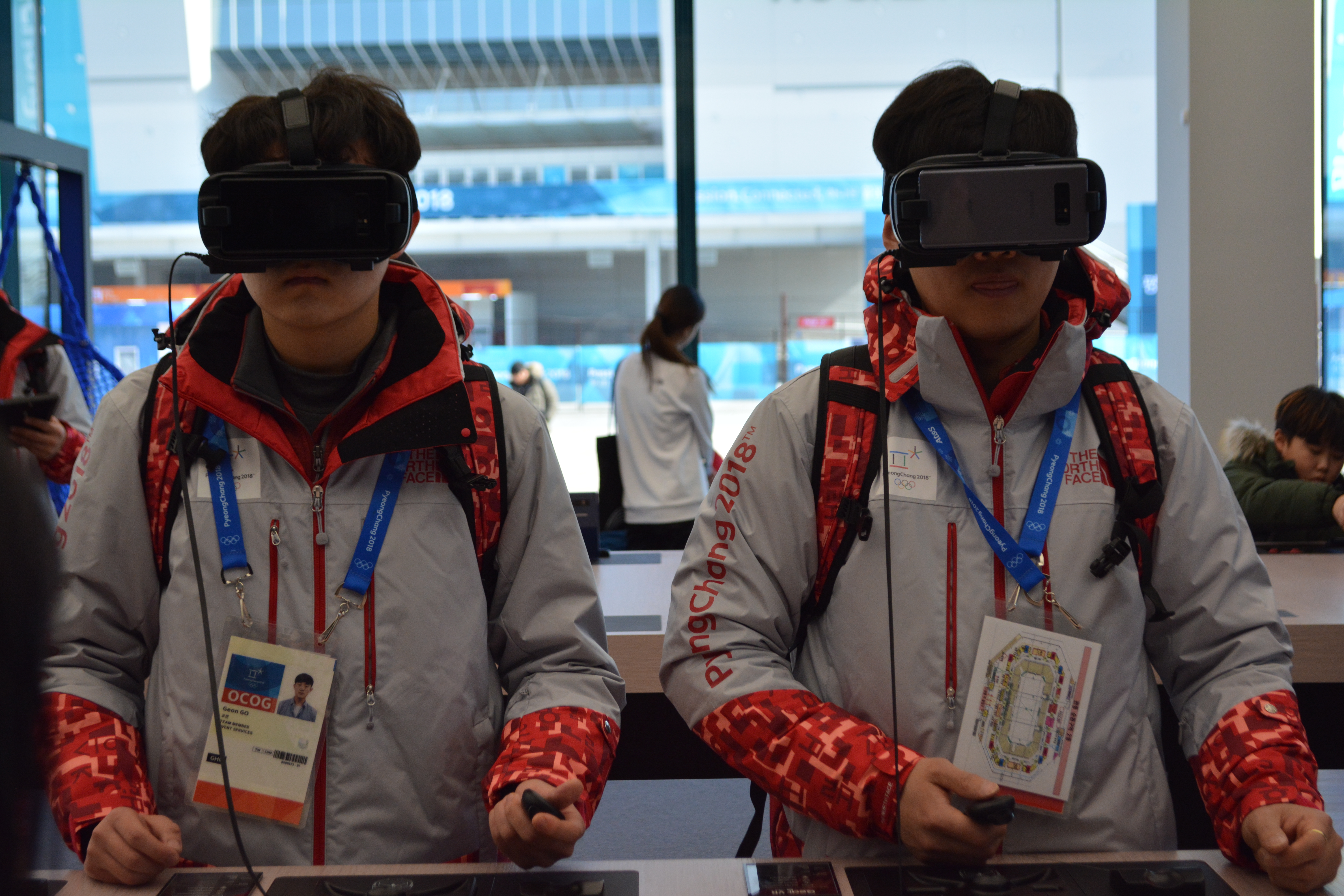 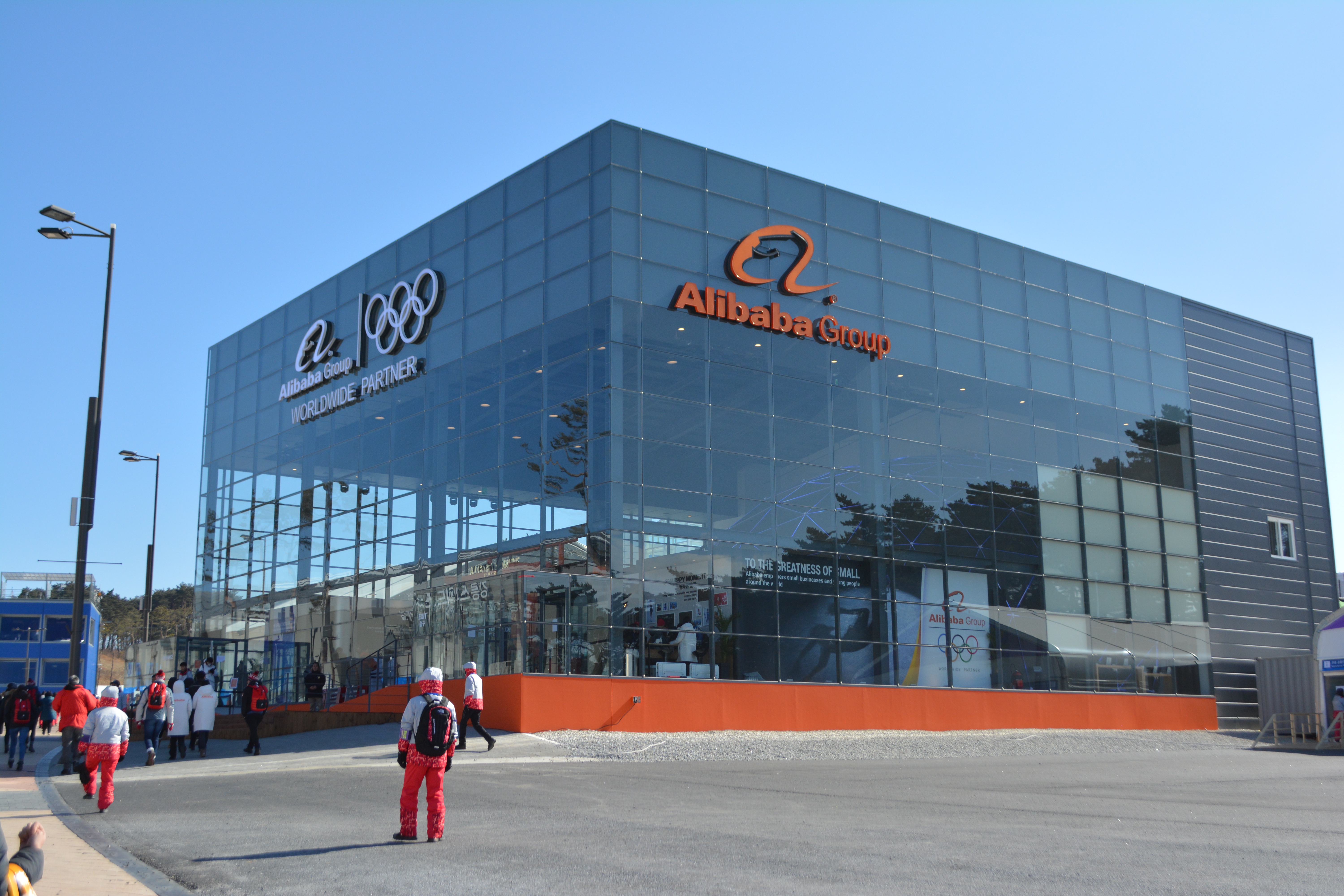 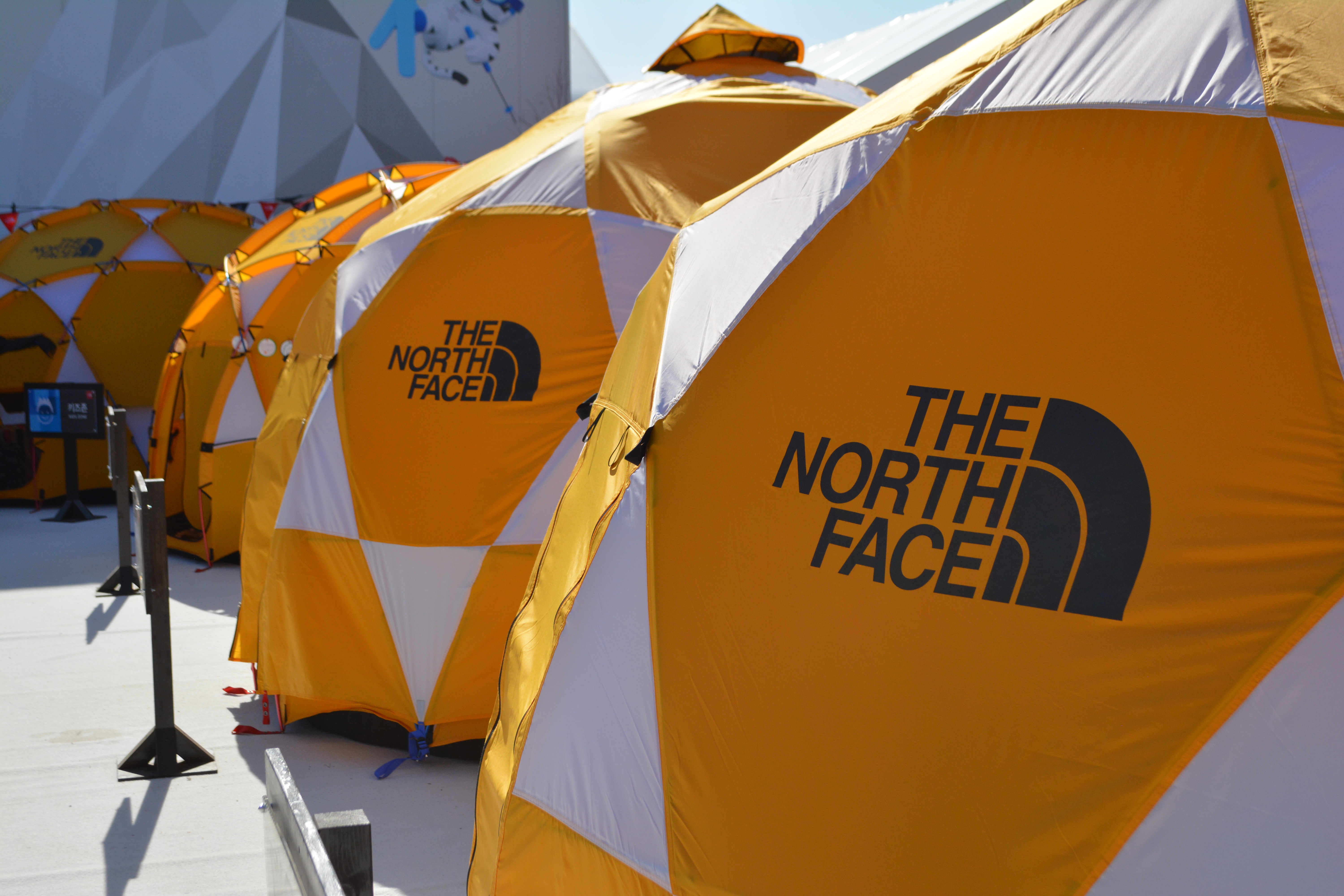 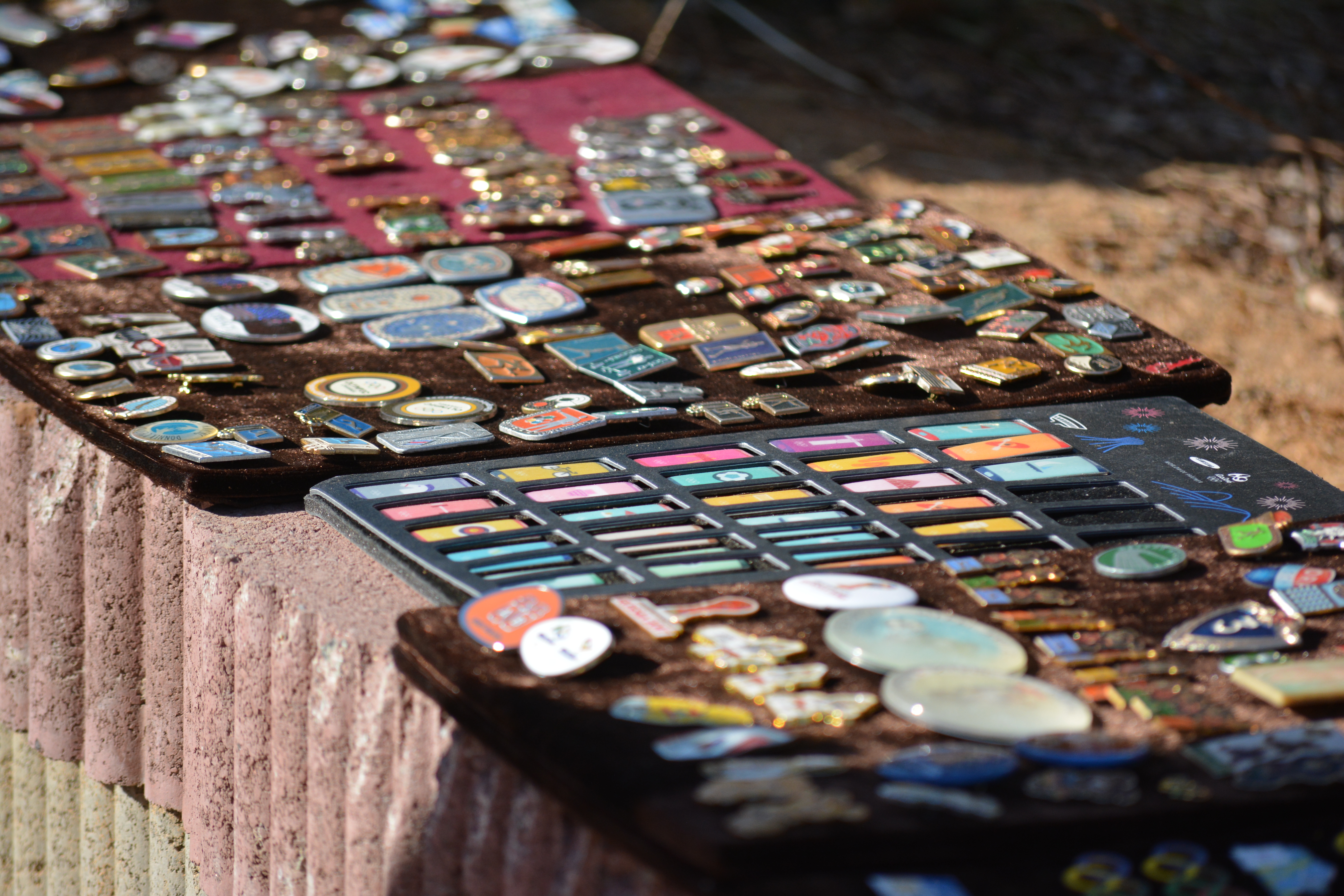