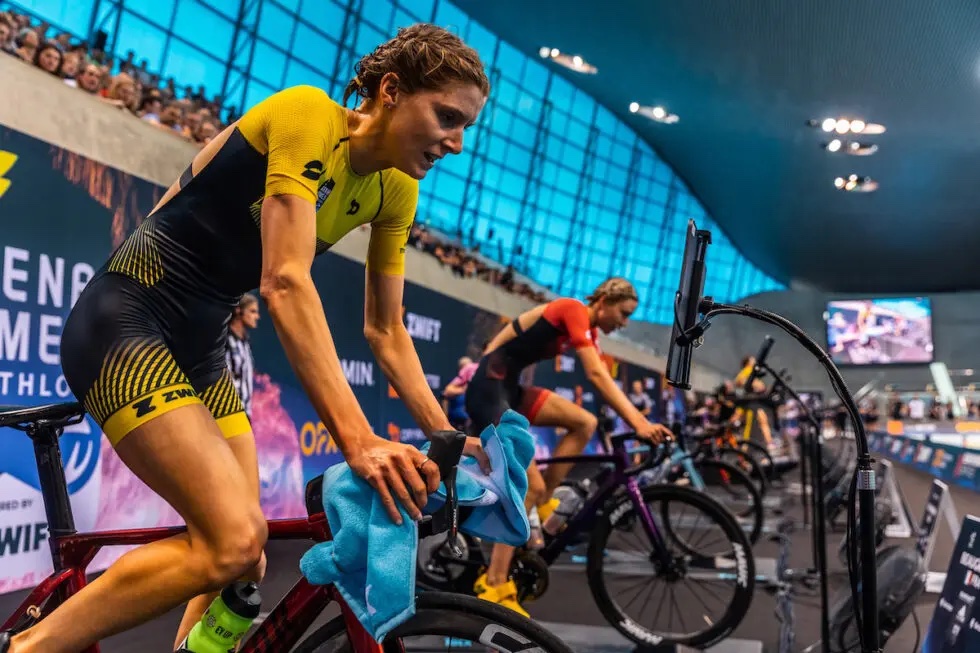 The Arena Games Triathlon World Championship Series will expand to new destinations across Europe, North America and Asia for the second season of the format developed by Super League Triathlon.

“Arena Games Triathlon powered by Zwift has been recognized as one of the most dynamic and pioneering race formats in sport today by the wider industry and has won legions of fans,” Super League Triathlon Chief Executive Officer Michael D’hulst said. “Our 2023 calendar underlines the commitment from Super League Triathlon and World Triathlon to capitalize on this incredible opportunity to deliver our sport to a wider audience and create a new Olympic format.”

The calendar starts February 25 at the Olympic Park Sports Centre in Montreal, Canada, before heading March 12 to Sursee, Switzerland. There will be a March 25 event in Singapore (destination TBD) and the grand finale will be at the Aquatics Centre in London on April 8.

“Innovation has always been at the core of World Triathlon and this partnership proves once again that we are investing in new formats and events that attract both fans and athletes alike,” World Triathlon President Marisol Casado said. “Last year we crowned the first ever eSports Triathlon World Champions, and now we are looking forward to expanding the format, with more events, new venues and many athletes that will enjoy this engaging and thrilling races.”