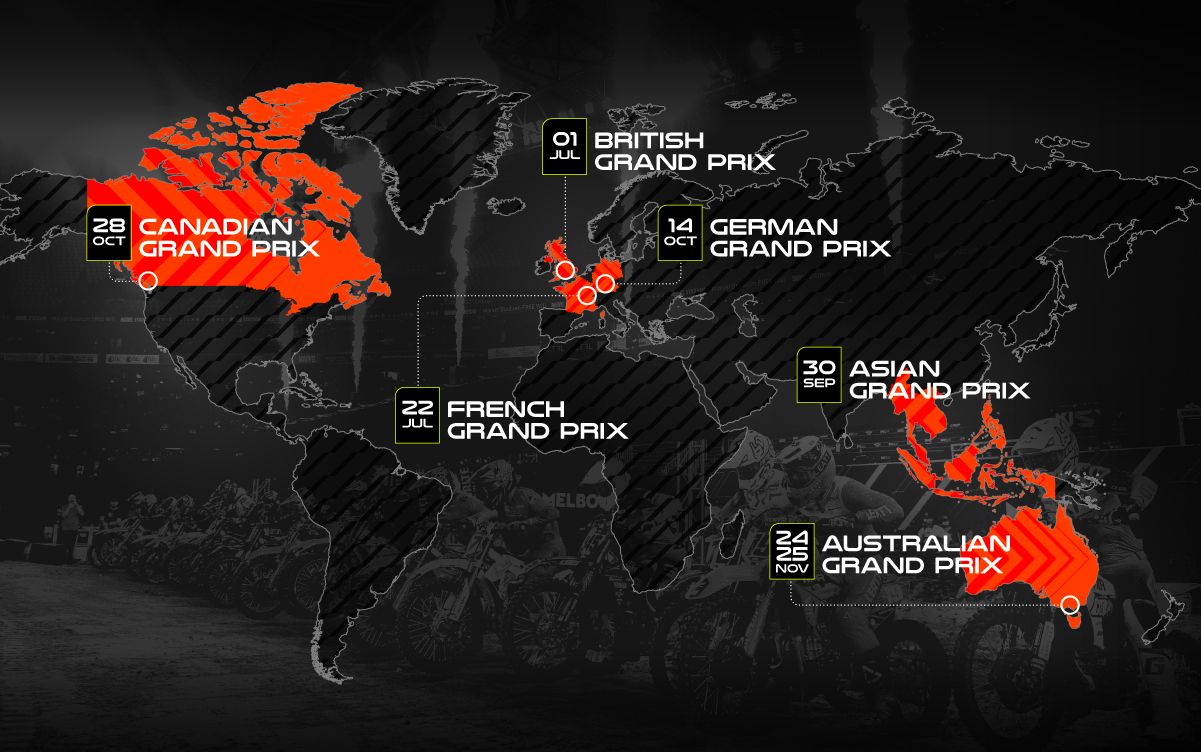 The 2023 schedule will expand the championship’s global footprint with FIM-sanctioned Championship rounds in France, Germany and Canada, while also returning to Australia and the United Kingdom. The championship will also expand into Southeast Asia.

“It’s incredibly gratifying to see our vision for a truly global supercross championship steadily coming to fruition,” said SX Global Chief Executive Officer Adam Bailey. “Our goals, while ambitious, are clear to elevate supercross to a global audience through a truly international calendar of events, visit diverse destinations that have well-established and passionate fan bases and visit new regions where supercross can grow and flourish.”

WSX will bring supercross action back to the UK at Villa Park, Birmingham, for the opening round on July 1. The Championship will then cross the channel to France for round two on July 22 at Groupama Stadium in Lyon-Décines. The series will make its way into South-East Asia on September 30, before heading to Dusseldorf, Germany, on October 14 at Merkur Spiel Arena. On October 28, WSX will be in Canada at BC Place in Vancouver and the series finale will take place in Melbourne, Australia, at Marvel Stadium on November 24–25.

“Our pilot season was designed to test what is possible and prove that the sport of supercross has strong demand from fans in previously underserved countries across the world,” said Bailey. “The incredible fan response and attendance for events in Cardiff and Melbourne reinforced that our instincts were indeed correct and we are now powered by strong momentum and interest from cities, promoters, broadcasters, and sponsors all wanting to be part of the new global championship. We are excited to continue to showcase this incredible sport to fans across the globe.”

The two WSX pilot events in 2022 saw more than 85,000 fans in attendance in Cardiff, Wales, and Melbourne, Australia.