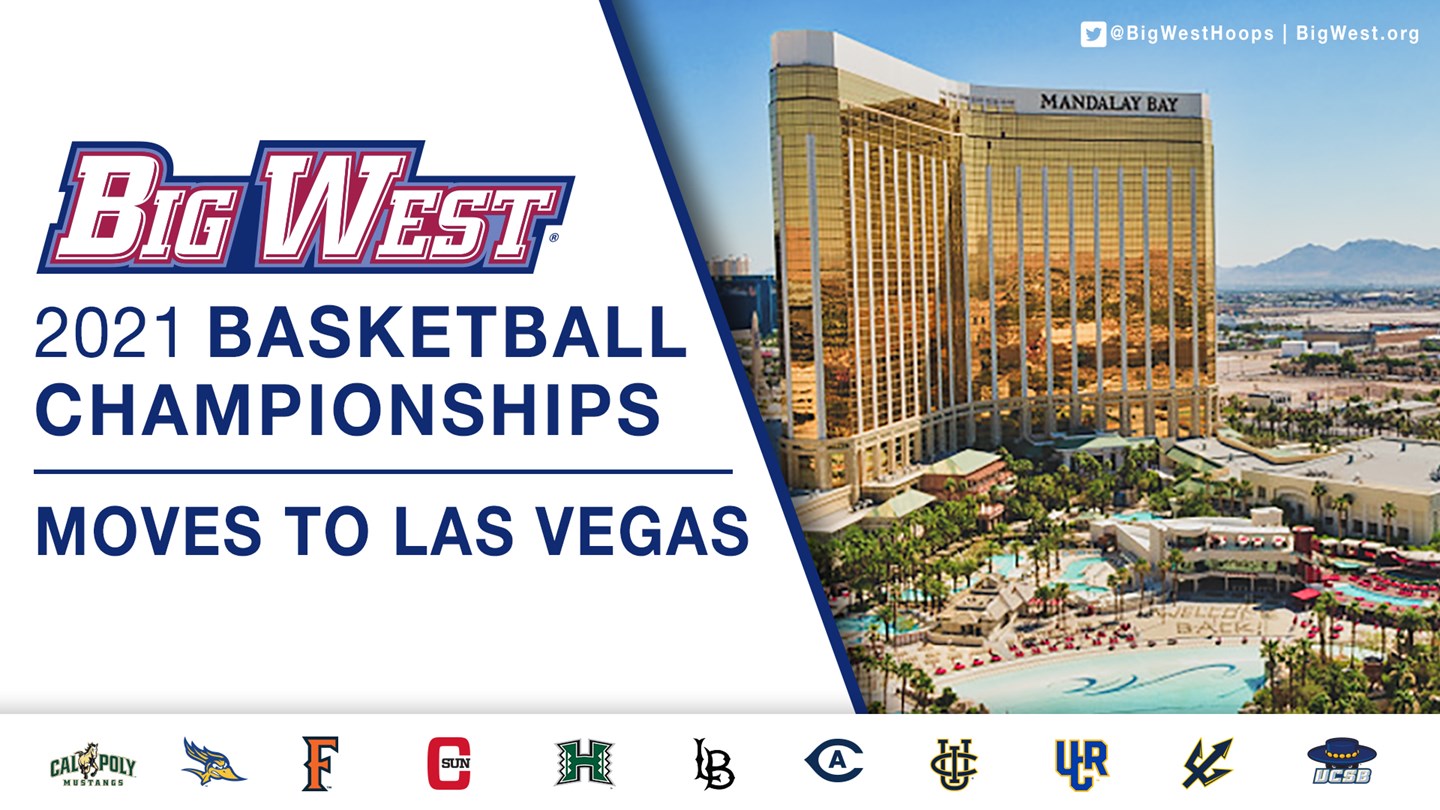 The Big West Conference will move the 2021 Men’s and Women’s Basketball Championships, presented by Hawai’i Tourism Authority, to the Mandalay Bay Events Center in Las Vegas from March 9–13 with all 10 men’s and nine women’s teams participating in a bubble-like environment.

The Mandalay Bay Events Center is home to the WNBA’s Las Vegas Aces and hosted the NBA G-League Winter Showcase in December 2019. The Big West has held its conference tournament in Nevada before, with UNLV’s Thomas & Mack Center hosting from 1994–95 and Nevada’s Lawlor Events Center from 1996–2000, but since then he has been held in the Anaheim Convention Center for 10 years and the Honda Center in Anaheim, California, for the past decade.

“We are very appreciative of our partners at Honda Center who agreed to allow us to relocate the Big West Basketball Championships, presented by Hawai’i Tourism Authority, to Las Vegas and the Mandalay Bay Events Center in 2021,” Big West Commissioner Dan Butterly said.

bdG Sports, in conjunction with MGM Resorts, will assist in managing the championships and administer a comprehensive health and safety plan with athletes, coaches and staff provided daily screenings and testing in accordance with NCAA recommendations, state and county restrictions, and contact tracing. The Big West will continue to monitor the COVID-19 situation and the possibility of allowing limited crowds at the event.

“This is a great opportunity to partner with Dan and the Big West Conference for the first time,” said George Kliavkoff, President of Entertainment & Sports for MGM Resorts. “The men’s and women’s teams deliver a high-level of competition to basketball fans nationwide and we believe this will be another step in bringing back events to the Sports and Entertainment Capital of the World.”