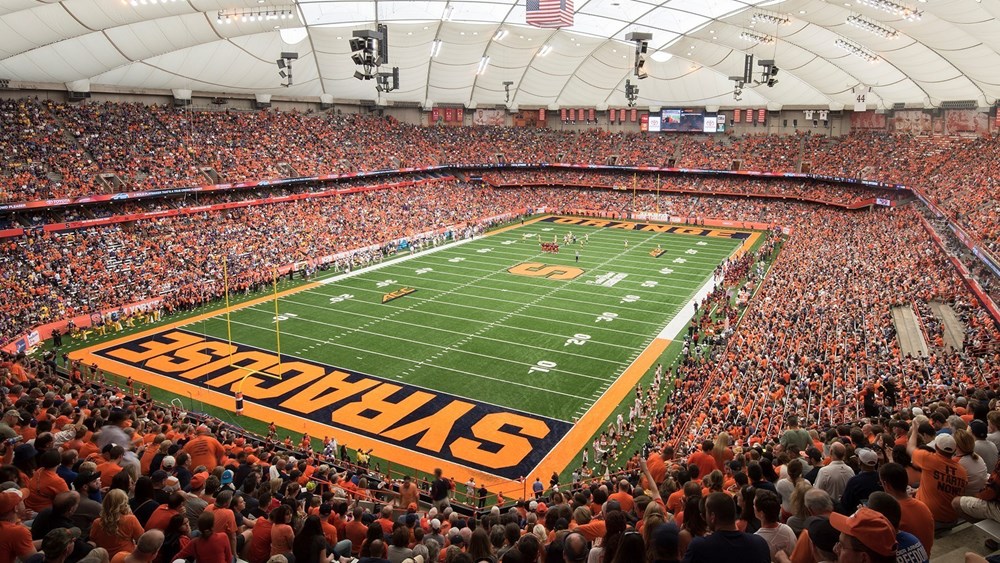 The air-inflated roof of the Carrier Dome has come down, taking away one of the focal points of the skyline for Syracuse, New York, as renovations for the 41-year-old venue begin with the installation of air conditioning that will be operational by the spring of 2021. The move is part of a $118 million renovation.

The roof was deflated in less than an hour with the material left hanging over the floor of the venue. Carrier Dome Managing Director Pete Sala told local news the goal is to cut some of the fabric into souvenirs, including pieces that would be given to graduates in the Class of 2020.

The dome’s deflation and preparation for air conditioning is part of facility improvements that include a new fixed roof as well as a vertical scoreboard, new sound and lighting systems, added WiFi and improved accessibility. The roof is planned to be ready by fall 2020 in time for football games with air conditioning following in the months after, then construction workers will focus on the rest of the improvements which include new restroom and concession spaces plus ADA-related accessibility upgrades.