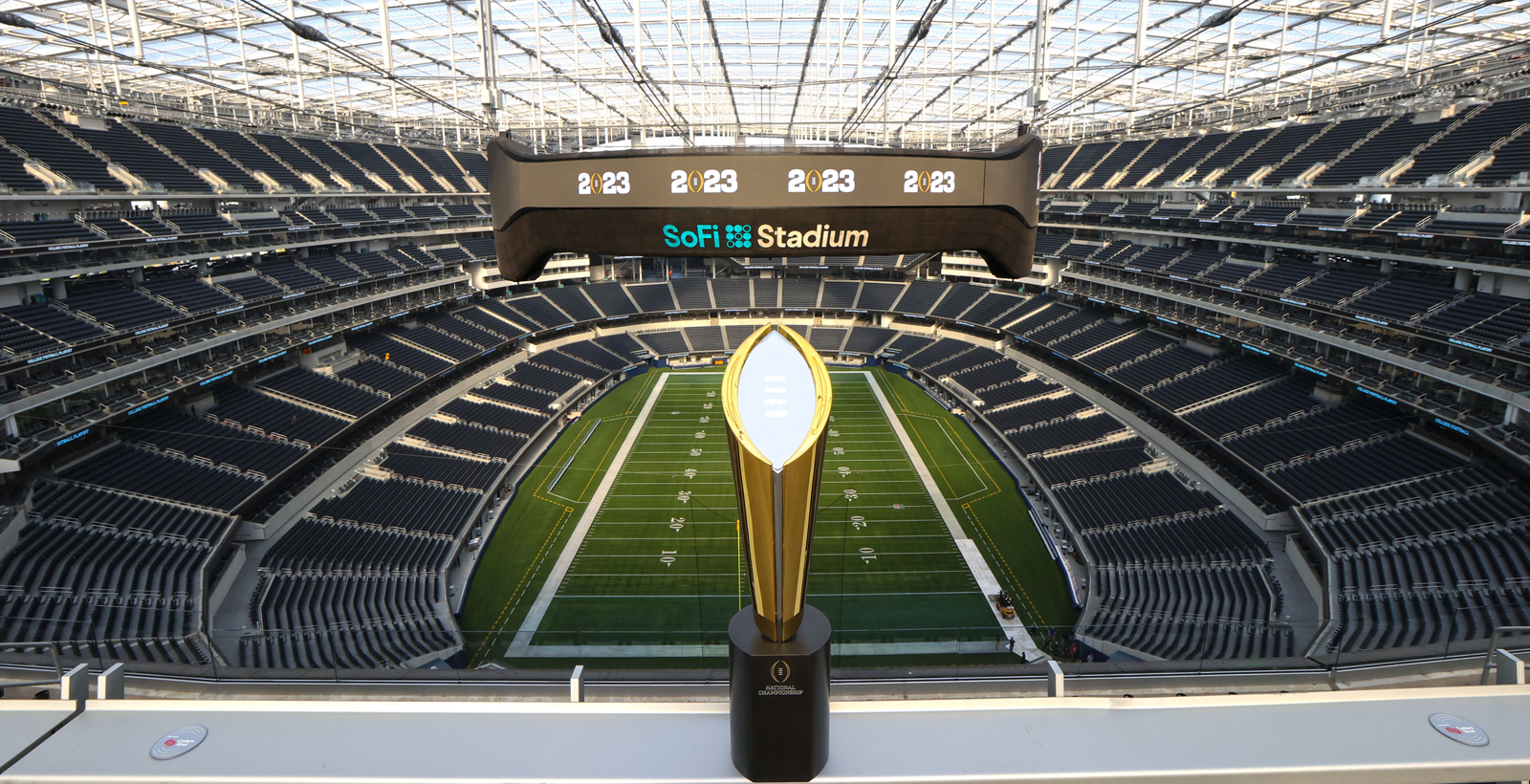 The College Football Playoff has announced it will expand to a 12-team event starting in 2024 after the Rose Bowl agreed to amend its contract for the 2024 and 2025 seasons, which was the last hurdle CFP officials needed cleared to triple the size of what is now a four-team format.

The first round of the playoff in 2024 will take place the week ending December 21 at either the home field of the higher-seeded team or at another site designated by the higher-seeded institution. The specific game dates, likely late in that week, will be announced later.

The national championship games will be played January 20, 2025, in Atlanta, and January 19, 2026, in Miami. Expansion is expected to produce about $450 million in additional gross revenue for the conferences and schools that participate.

“We’re delighted to be moving forward,” said Bill Hancock, executive director of the College Football Playoff. “When the board expanded the playoff beginning in 2026 and asked the CFP Management Committee to examine the feasibility of starting the new format earlier, the Management Committee went right to work.  More teams and more access mean more excitement for fans, alumni, students and student-athletes. We appreciate the leaders of the six bowl games and the two future national championship game host cities for their cooperation. Everyone realized that this change is in the best interest of college football and pulled together to make it happen.”

The plan to expand the playoff was unveiled in June 2021, but the conference commissioners who manage the CFP could not come to a consensus to push the proposal forward. Expansion for the 2024 season was pronounced dead before university presidents and chancellors who oversee the CFP stepped in and revived the process over the summer. They approved the original plan for use by 2026 and threw it back to the commissioners, directing them to try to expand by 2024 if possible.

The commissioners needed to work through when and where the games would be played and whether bowl partners and championship games hosts cities could accommodate a change in schedule for 2024 and 2025. The Rose Bowl issue was the last to be settled, as organizers for the 120-year-old bowl game were hoping to get some assurances from the CFP that they would keep their valuable New Year’s Day time when new contracts went into effect in 2026.

“On behalf of the Management Committee and the Board of Managers, this is thrilling,” Hancock added. “It’s been a long process, but we are pleased that more teams and more students will have the opportunity to compete for the national championship beginning in the 2024 season. A new era of college football is about to begin. I look forward to it.”