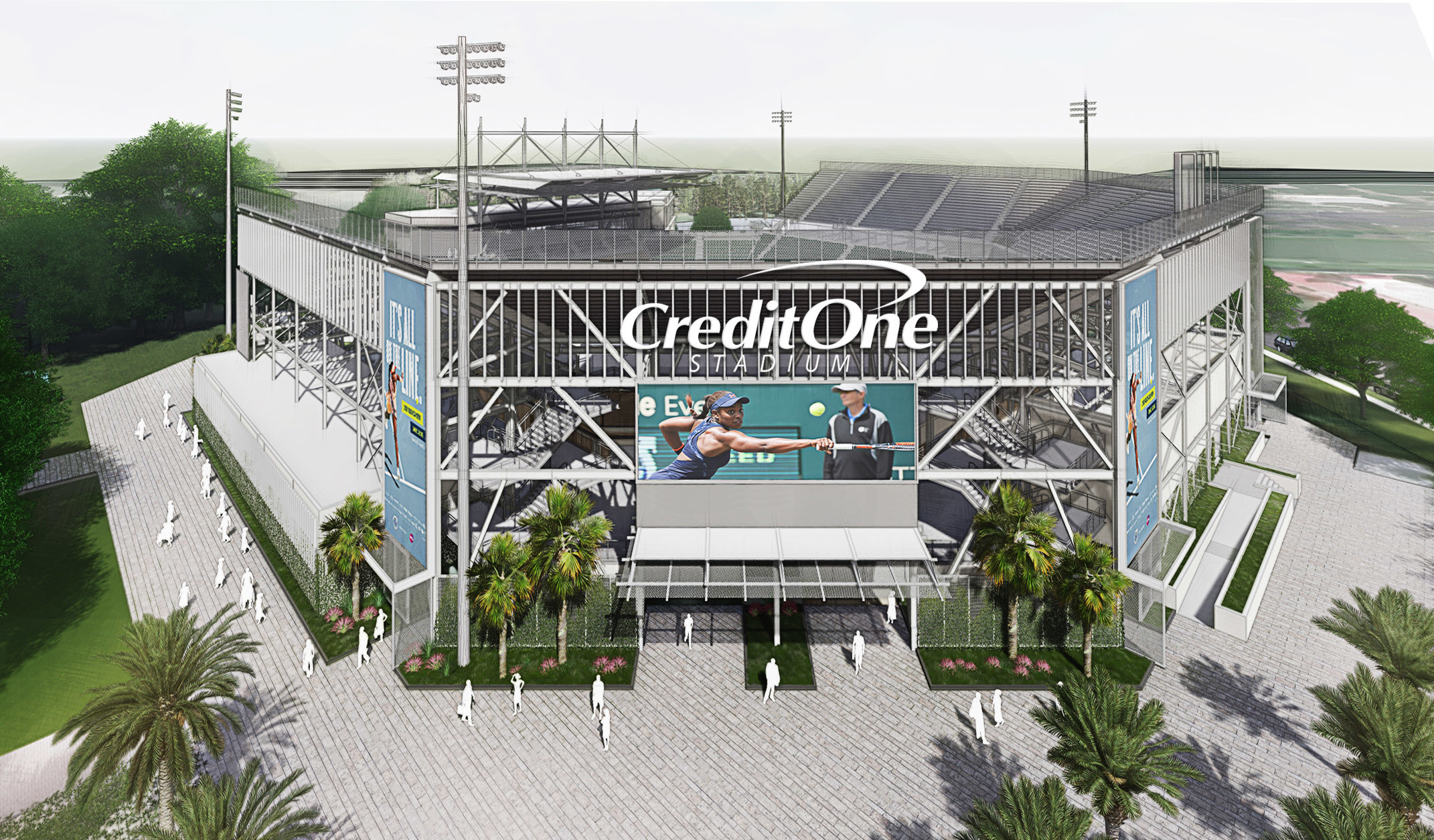 One of the longstanding stops on the WTA Tour in Charleston, South Carolina, will have a new name.

Credit One Financial, the parent company of Credit One Bank, has signed a multiyear naming rights sponsorship with Charleston Tennis, LLC, which includes title partner rights at Credit One Stadium located at the LTP Daniel Island tennis center. As part of the new sponsorship, Credit One Bank will be the title sponsor of the annual WTA 500 tournament to be held April 2-10, 2022.

“The future of live tennis is a bright spot for us, building and planning for what the future will look like for the new Credit One Stadium. After nearly 18 months of navigating postponements and cancelations, we look forward to bringing world-class tennis back to Charleston each April and broadening our reach to bigger and better concerts and special events throughout the year,” said Bob Moran, president of Charleston Tennis, LLC.

The announcement was made along with former tournament champion Madison Keys, WTA Chief Executive Officer Steve Simon and Charleston City Council Members Carol Jackson and Marie Del Cioppo to unveil the design for the stadium’s marquee signage at the 20-year-old venue that is currently undergoing renovations to enhance the stadium experience including expanded seating to 11,000 fans along with 16 air conditioned suits and new concessions and restrooms. The venue will also have a 75,000-square-foot Stage House featuring new locker rooms, a gym, training facilities, media and production space, and a VIP rooftop restaurant and outdoor bar.

“We’re proud to be working with Charleston Tennis, LLC, and the City of Charleston to build on the great history of this tournament and give the passionate fan base in the area and women’s tennis players from around the world a great experience at a state-of-the-art venue,” said John Coombe, senior vice president of marketing at Credit One Bank. “We want to grow the Credit One Bank brand name throughout the region while continuing to invest in entertainment and community programs important to our customers and fans.”

The event is the largest women’s-only tennis tournament hosted in North America and is celebrating its 50th year in 2022. Annually, the event attracts more than 90,000 attendees. Originally held on Hilton Head Island, the event moved to Charleston in 2001.

“We welcome Credit One to the WTA Tour in its commitment to both serve as the title sponsor of the Charleston WTA 500 tournament and in placing its name on the newly renovated, state-of-the-art stadium in which the event is played,” said Simon. “Charleston has a rich history with the WTA as one of the longest standing women’s-only professional tennis tournaments in the world and is a tour favorite among the players. We look forward to working with Credit One, along with all of the sponsors, to continue the growth and success of this prestigious tournament for many years to come.”