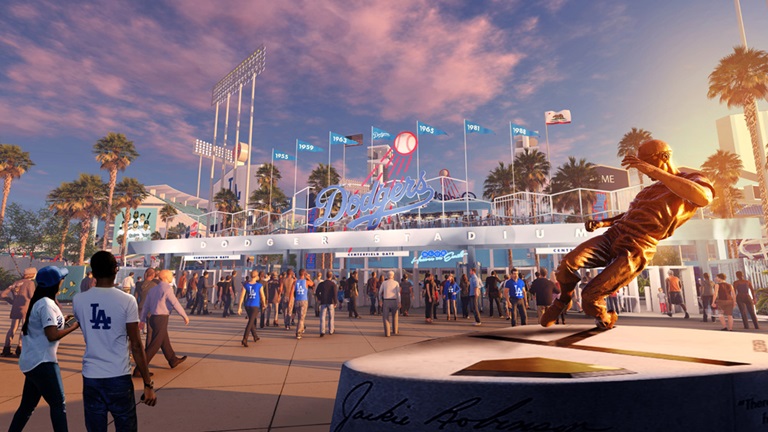 One of the most famous lines in “Field of Dreams” no longer is true: If you build it, people won’t come. In the current sports scene, you need to make it an experience beyond merely a game to get people to the stadium so they can brag about being there for days to their friends and co-workers.

And for the history and amazing views Dodger Stadium has held since 1962, it has always been about the game first and foremost. That changes next year, when going to a Los Angeles Dodgers game can be a full day’s experience.

The Dodgers have unveiled plans for $100 million in upgrades at the stadium, creating a new main entry gate and centerfield plaza. The result will be that for the first time in the stadium’s 56 years, fans will be able to walk around the entire stadium instead of being restricted to one area after entering one of the nine existing entrance gates.

“The front door is a symbol, but the whole area is what’s really important,” Dodgers President and Chief Executive Stan Kasten said. “To encourage people to come early, to leave late — if they wish. This stadium is the most beautiful ever built. But it doesn’t have some of the amenities that modern stadiums have, and now we will.”

Among the highlights are:

• A “front door” concept with two acres worth of food offerings, entertaining and kids areas, retail locations, sponsor activations and standing-room areas with greater access for those with special needs.

• Renovations to the pavilions beyond right and left field with new restrooms, bars with views of the bullpens and standing-room areas.

• New elevators and bridges that will link the pavilions and plaza with the rest of the stadium, allowing for a 360-degree connection around the ballpark plus easier access to the Dodger Stadium Express stop.

• The Jackie Robinson statue, currently located in left field, will be relocated to the plaza and joined by a statue of pitching legend Sandy Koufax. The Koufax statue will be dedicated and unveiled at a date to be announced during the 2020 season.

• A permanent home to the “Legends of Dodgers Baseball” plaques and history.

• A new batters eye black wall will be constructed with fans being able to watch the game from above the wall.

“The ability to have so many different things in one space — there’s not one thing that will work for every fan, that’s why we’ll have 10 different things that should speak to all of our fans,” Kasten said.

Kasten said both fan feedback and ideas from the team’s ownership group about improving Dodger Stadium and enhancing the gameday experience were drivers behind the renovation plan. “We do spend a lot of time at other ballparks, we do see how fans act and what they like and the more that we can provide, the smarter it is for us,” he said.

The renovation announcement was part of a July 24 press conference where the official announcement of the 2020 All-Star Game coming to Los Angeles was made, with the logo also unveiled. 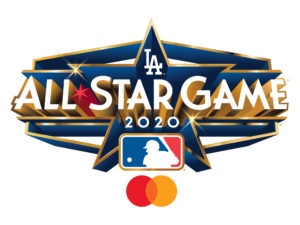 The 2020 All-Star Game will be played on July 14 at Dodger Stadium, the first time it has hosted the Midsummer Classic since 1980. The Dodgers organization has hosted the All-Star Game two other times, in Brooklyn in 1949 and at the Los Angeles Memorial Coliseum in 1959.

“They’ve done a phenomenal job with one of our truly iconic ballparks,” said MLB Commissioner Rob Manfred of the Dodgers’ ownership group. “It’s tough to keep a ballpark of this vintage up to date and current, and they’ve done an absolutely amazing job.”

Iconic Dodgers announcer Vin Scully, the emcee of the announcement event, spoke of the team’s role in MLB history when it comes to the All-Star Game: “In 1949, it was rather pivotal, because among the players on the ’49 team, you had Jackie Robinson, Roy Campanella, Don Newcomb and from Cleveland, Larry Doby. It marked the first time that an African-American had played in an All-Star Game.”

The press conference was also attended by Los Angeles Mayor Eric Garcetti, other dignitaries from the city and the Dodgers plus 11 current and former Dodger players, with Clayton Kershaw speaking of his excitement about the potential of playing in a hometown All-Star Game.