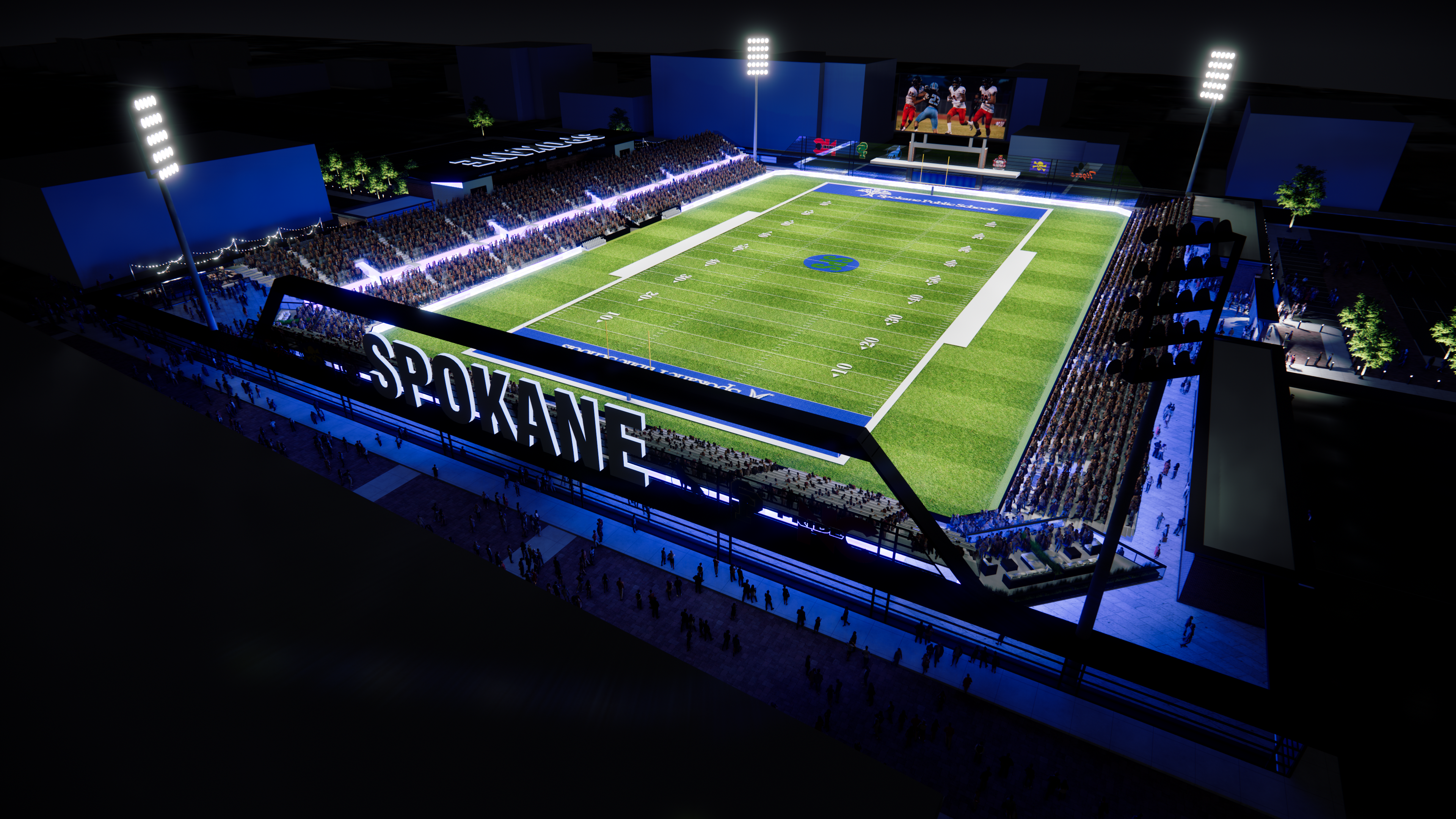 The Spokane Public School Board in Washington on Wednesday night approved a new mixed-use downtown stadium development that will bring a USL League One expansion club to the city and potentially be used by Eastern Washington University and the Big Sky Conference.

The board of directors agreed in a 4-1 vote to move ahead with building a new high school sports stadium downtown near the Spokane Arena. Construction is scheduled to start next spring and potentially be finished by fall 2022. The $31 million, 8,000-seat stadium will replace soon-to-be-demolished Joe Albi Stadium and be developed, owned and operated by the Spokane Public Facilities District.

“It’s a special day for the city of Spokane,” said United Soccer League Chief Operating Officer and Chief Real Estate Officer Justin Papadakis. “Today’s approval is the culmination of a lot of hard work and energy, and we’re especially thankful to the Downtown Spokane Partnership, led by Mark Richard, the Public Facilities District, led by Stephanie Curran, as well as the Spokane Public School Board. We look forward to Spokane having a professional soccer club that the community can call its own and believe it has all the ingredients to be something truly special.”

Spokane voters approved $31 million to build a new stadium for high school sports in 2018 but also said at the time they preferred the stadium not downtown but at the old site of Albi Stadium. The proposal for a downtown stadium was brought back this year by the Downtown Spokane Partnership and the USL promised to bring a team to Spokane if the stadium was built downtown, adding it would pitch in $2 million for its construction.

An economic impact study provided by the Downtown Spokane Partnership projected that the stadium would provide an annual economic impact of $11.4 million. Eastern Washington University Athletic Director Lynn Hickey wrote a letter to the board in support of the stadium ahead of the vote, saying she would like to discuss having two of the university’s athletic programs play there. “We would also like to offer the opportunity to visit with the Big Sky Conference about bringing significant conference championship events to utilize the stadium,” Hickey also wrote.

The Spokane stadium is the latest in a series of venues being built across the country for USL teams. The new Weidner Stadium in Colorado Springs, Colorado, will open later this month and there are projects underway in Pawtucket, Rhode Island; Des Moines, Iowa; Albuquerque, New Mexico; Oklahoma City; Indianapolis; and Statesboro, Georgia.