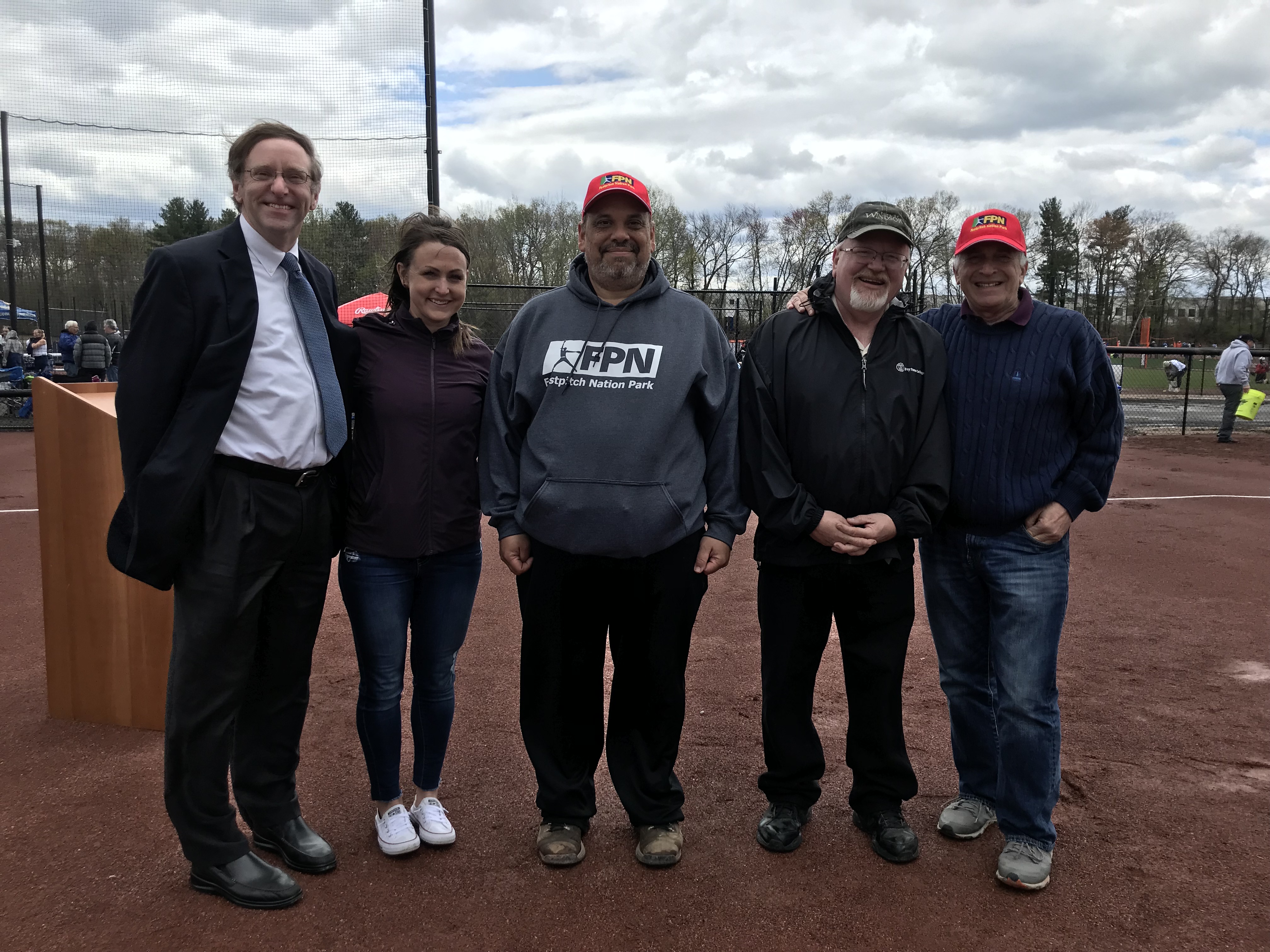 “We expect more than 35,000 people to visit our new ballpark in its first year of operation—that includes more than 1,350 teams competing in over 3,200 games,” said David Rocha, who spearheaded the project. Rocha is owner of Fastpitch Nation in Bloomfield, Connecticut, and serves as USSSA’s fastpitch state director for New England. “Fastpitch Nation Park can accommodate this growth and make for a more enjoyable sports experience for the young athletes, their families and friends, and officials.”

“Softball tournaments mean solid business for Connecticut, thanks to the commitment of David Rocha, Fastpitch Nation and USSSA,” said Robert Murdock, director of sports marketing for the Connecticut Convention & Sports Bureau. “The athletes, families, friends and officials who come to tournaments boost the state’s economy by staying in hotels and motels, dining in restaurants, enjoying attractions and shopping. During Fastpitch Nation Park’s first year alone, spending by those competing or attending events in the ballpark is projected to result in approximately $8 million, generating over $500,000 in Connecticut taxes. In addition, more than 3,300 Connecticut jobs in the hospitality industry will be supported by these inaugural year events, according to the Destinations International calculator.”

Fastpitch Nation Park is leasing 21 of the 55 acres owned by 1001Day Hill Road, LLC. The other 34 acres feature 106,000 square feet of office and retail space. Plans for future commercial development include construction of a Holiday Inn Express hotel, which is expected to open in spring 2021, as well as new sports-related projects.

“USSSA is very excited about the new facility in the Connecticut,” said Jeremy McDowell, former executive vice president of USSA. “This facility will play host to many regional and national events and has the full support of USSSA. We look forward to partnering with David Rocha and others to positively impact the youth of today.”