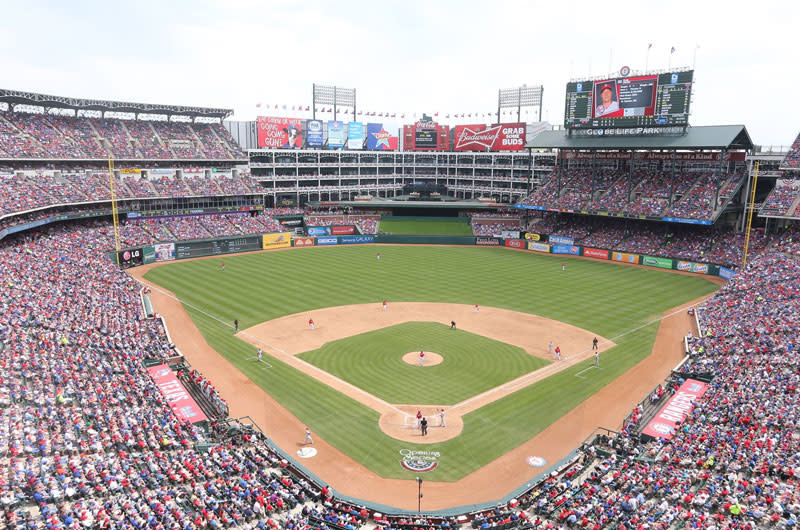 The partnership expands a relationship that the two parties have had for more than a decade, and extends a deal from 2019 that branded Choctaw as the official and exclusive casino and resort of the ballclub with a significant presence at Globe Life Field, the new home of the Rangers.

The naming rights deal also clears up any confusion about the former and current venues of the Rangers, which had been called Globe Life Park and Globe Life Field — with the two venues within close proximity to each other.

“The Rangers are thrilled to extend our great partnership with Choctaw for many years to come,” said Texas Rangers Chairman and Managing Partner Ray Davis. “Today’s naming rights announcement for Globe Life Park further extends Choctaw’s presence in the Arlington Entertainment District, which also includes Globe Life Field and Texas Live! Choctaw Stadium will be the home of numerous events in the days and months to come, including college and high school football, pro soccer, and Major League Rugby.”

Choctaw Stadium was reconfigured to a multi-purpose facility when the Rangers moved after the 2019 season. The stadium has hosted the XFL, USL League One pro soccer and high school football games. The expansion Dallas Jackals of Major League Rugby will play at Choctaw Stadium in 2022.

“Choctaw Casinos & Resorts is excited to expand our relationship with the Texas Rangers and be part of a stadium that has brought so much joy over the years to so many in North Texas,” said Chief of the Choctaw Nation Gary Batton. “We are proud to have our name on a field that continues to play an important role in the lives of North Texans and we look forward to sharing in the competition and enjoyment the stadium brings to the community.”