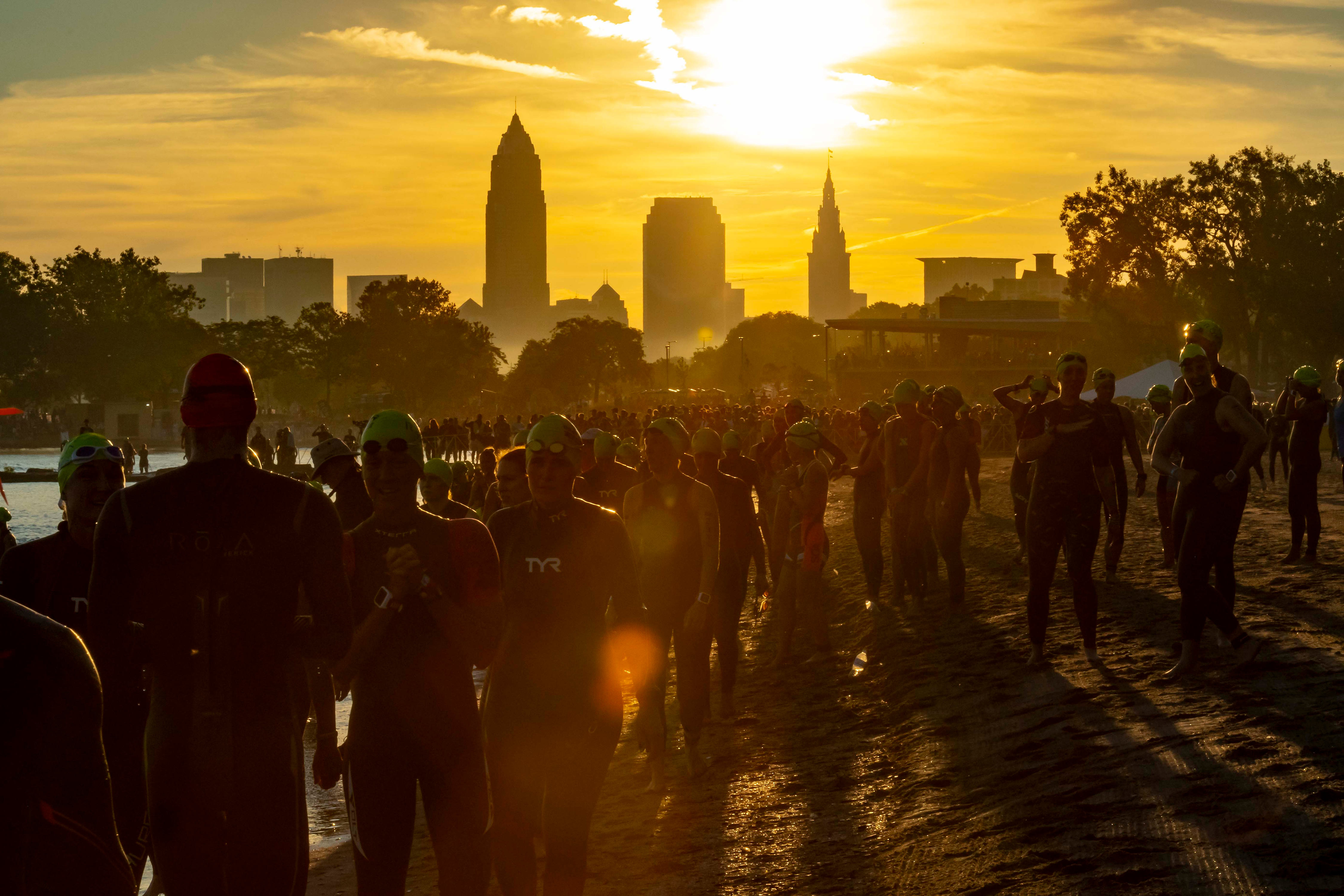 There are many ways to judge the success of a sports event. The most direct, of course, is attendance and the economic impact that visitors provide the host city. Then there are the residual effects, which include those who enjoy the destination so much they decide to return—perhaps even permanently. While rare, this is just what happened when Jerry and Tove Shere made the decision to move to Cleveland after participating in USA Triathlon’s 2018 Age Group National Championships.

The Sheres, who live in Santa Fe, New Mexico, knew nothing about Cleveland when they decided to travel to the city last August to participate in the championships. They weren’t even planning on participating until a friend of theirs—Bill Conway—called them up and said he wanted to enter the Cleveland event to help him qualify for the world championships.

“Our motivation for going to nationals in Cleveland was to support Bill and help him qualify,” said 75-year-old Jerry Shere. “We knew nothing about Cleveland beyond Bill telling us that Cleveland was a great town and we would enjoy the venue.”

Enjoy the venue they did. “Cleveland is a great city for the sport,” said Tim Yount, chief sport development officer for USA Triathlon. “Super club organization and individual athlete makeup and a perfect location.”

The location at Edgewater Park on Lake Erie impressed Shere, but what really struck him was the sheer size of the event (2018 had the second highest attendance ever, with 5,400 athletes competing) and how well the Greater Cleveland Sports Commission managed it. “The transition area was astonishing,” said Shere. “It was an unbelievable sight to see 5,000 bikes racked and ready to roll. Having participated in more than 100 triathlons, I can tell you it was extremely well run.”

The Sheres were equally impressed with the city itself. “We stayed at an Airbnb downtown and the area is very cool, with small restaurants and shops,” said Shere. “That turned our heads.”

Turning heads is exactly what David Gilbert, president and CEO of Destination Cleveland and the Greater Cleveland Sports Commission, is looking to do. “If you think of Cleveland as a product, visitors who come here for sporting events sample our wares during their visit,” said Gilbert. “Our research shows that after a visit, people’s perception of the city improves dramatically.”

That was certainly true for the Sheres. They had already been looking for a place to retire, and they decided to see if Cleveland offered the kind of active outdoor lifestyle they enjoyed. In addition to triathlon, they enjoy sports such as cyclocross and Nordic skiing. They also found that the people of Cleveland were “some of the nicest and most welcoming we’ve ever met,” Shere said.

“If you think of Cleveland as a product, visitors who come here for sporting events sample our wares during their visit. Our research shows that after a visit, people’s perception of the city improves dramatically.”
—David Gilbert, Greater Cleveland Sports Commission

All the elements fell into place, and within a few months they had sold their house in Santa Fe and bought one in Cleveland. Jerry Shere has been getting their new house ready while Tove finishes up her final year as a teacher and coach at Santa Fe Prep. On May 31, the two will become full-time Cleveland residents.

And they’re not wasting time fitting into the local scene. Shere has already joined the Cleveland Triathlon Club and participated in some local events, including a 5K run that finished at the Hofbrauhaus Cleveland. “The place was packed and there was a polka band playing,” said Shere. “It was one of the most festive end-of-race award ceremonies I’ve ever seen.”

USA Triathlon is hoping to increase the number of participants to 6,000 at this year’s Toyota USA Triathlon Age Group National Championships, which will again be held in Cleveland (USA Triathlon offers two-year agreements for this particular event). This time, the Sheres will be there as locals, a story that Gilbert is hoping to replicate.

“Hopefully, we can attract people as fantastic as the Sheres,” said Gilbert, “who we are very excited to have as part of our community.”