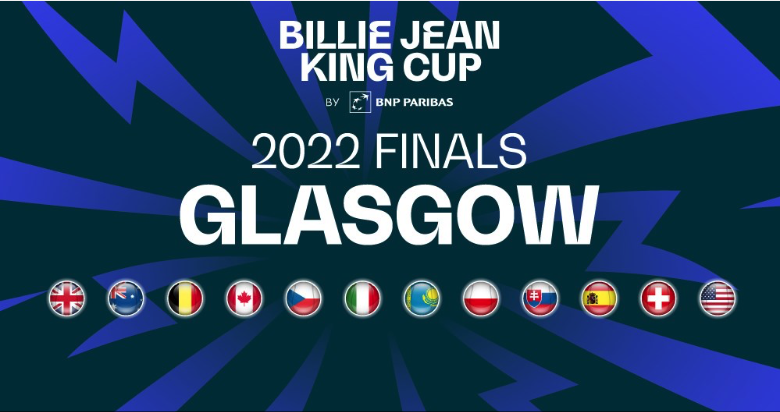 The 2022 Billie Jean King Cup by BNP Paribas Finals will take place in Glasgow, Scotland, on November 8–13, according to the International Tennis Federation.

Great Britain’s Lawn Tennis Association has been selected to host the event for the fourth time in the event’s six-decade history. The Finals will be played on indoor hard courts at the Emirates Arena.

“We are delighted to be bringing the 2022 Billie Jean King Cup by BNP Paribas Finals to Glasgow,” said ITF President David Haggerty. “The LTA presented a very impressive bid as part of a competitive hosting process. They have successfully hosted Davis Cup ties in Glasgow, and we look forward to having the women’s World Cup of Tennis take place in front of passionate tennis fans from around the world in an electric atmosphere, at the culmination of the women’s tennis season.”

The Billie Jean King Cup is the largest annual international team competition in women’s sport. Launched in 1963 as the Federation Cup, the first event was held at London’s Queen’s Cub with Billie Jean King herself a member of the winning U.S. team. The competition went on to be held in Eastbourne in 1977 and Nottingham in 1991.

“We have said that we were ambitious to bring more major events to Great Britain and raise the profile of tennis across the whole year, and I’m delighted that Glasgow will be hosting the Billie Jean King Cup Finals as well as the Davis Cup Finals Group stage this year,” said Scott Lloyd, chief executive of the LTA.

Great Britain, as host nation, will join Australia, Belgium, Canada, Czech Republic, Italy, Kazakhstan, Poland, Spain, Slovakia, Switzerland and the United States in the Finals. The finals will see these 12 nations compete in four round-robin groups of three nations, with the four group winners qualifying for the semifinals.

“This is a fantastic opportunity to build the profile of women’s tennis and focus attention on women’s sport,” added British team captain Anne Keothavong.