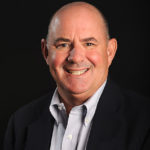 Van Wagner Sports & Entertainment has announced that Glen Schorr has been named general manager for athletics sponsorship for Towson University in Towson, Maryland. Prior to joining the company, Schorr served as the executive director of Orienteering USA as well as the managing director for marketing and branding at U.S. Lacrosse. In addition, Schorr has served as an adjunct professor at Towson since 2004.