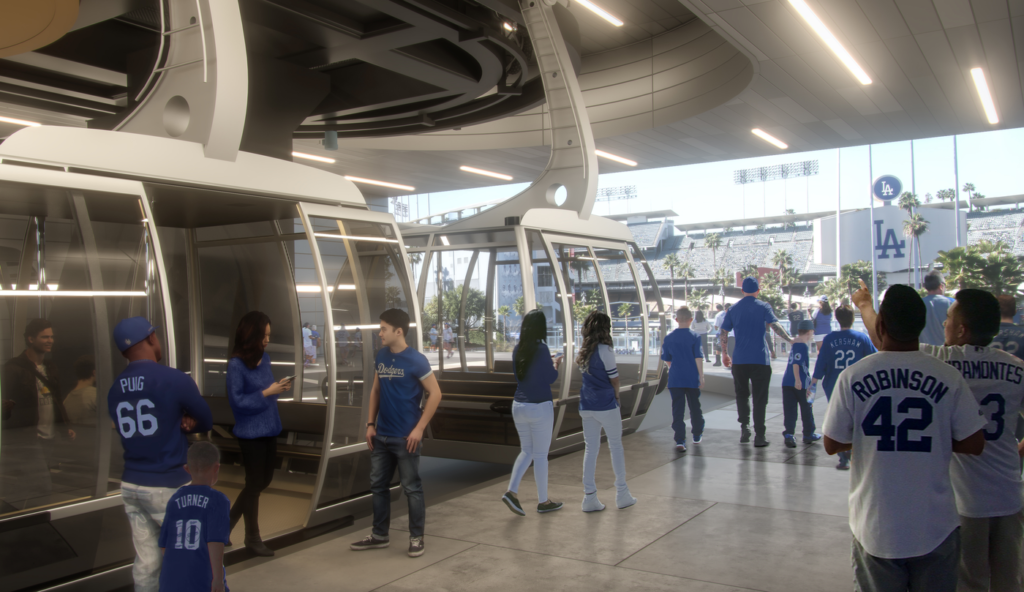 The environmental review process will begin October 1 for a proposed gondola system that would allow baseball fans in Los Angeles to go between Union Station in downtown to Dodger Stadium within minutes.

The environmental review process will be completed by 2022 with a timeline for the system showing construction would begin sometime around 2025. The system at full capacity would allow up to 5,500 people per hour to get to the stadium in Chavez Ravine and alleviate some — but not all — of the famous Los Angeles traffic for Dodgers fans. The system promotes a gondola ride that would take seven minutes to arrive at the ballpark.

“The Los Angeles Dodgers encourage transit growth wholeheartedly and have welcomed the prospect of LA ART to provide an innovative proposal to increase transit options for fans to access Dodger Stadium,” the project website claims. “LA ART offers the opportunity to reduce traffic on neighborhood streets and enhance the fan experience at Dodger Stadium.”

Dodger Stadium, which seats 56,000 and is the biggest ballpark in Major League Baseball, has more 18,000 parking spots at the venue along with a bus line, the Dodger Stadium Express, that runs for games when fans are allowed to attend. Aerial Rapid Transit Technologies LLC is working on the project along with the Los Angeles County Metropolitan Transportation Authority.

Public comments are requested until November 16 and Metro will host a virtual scoping meeting on October 22. A financing plan has not been released; project planners said on their website that if approvals are obtained and financing is realized, the construction would begin in 2025 and be finished in time for the 2028  Olympic Summer Games in Los Angeles.

“This gondola is about more than an easier trip to Dodger games. It will make our stadium more accessible to everyone, bring cleaner air to our communities and provide an economic boost for our local businesses,” said Mayor Eric Garcetti, chairman of the Metro Transportation Authority board of directors. “With today’s incredibly important step forward, we are even closer to bringing this project home and adding an iconic new attraction to one of the great entertainment and sports capitals of the world.”