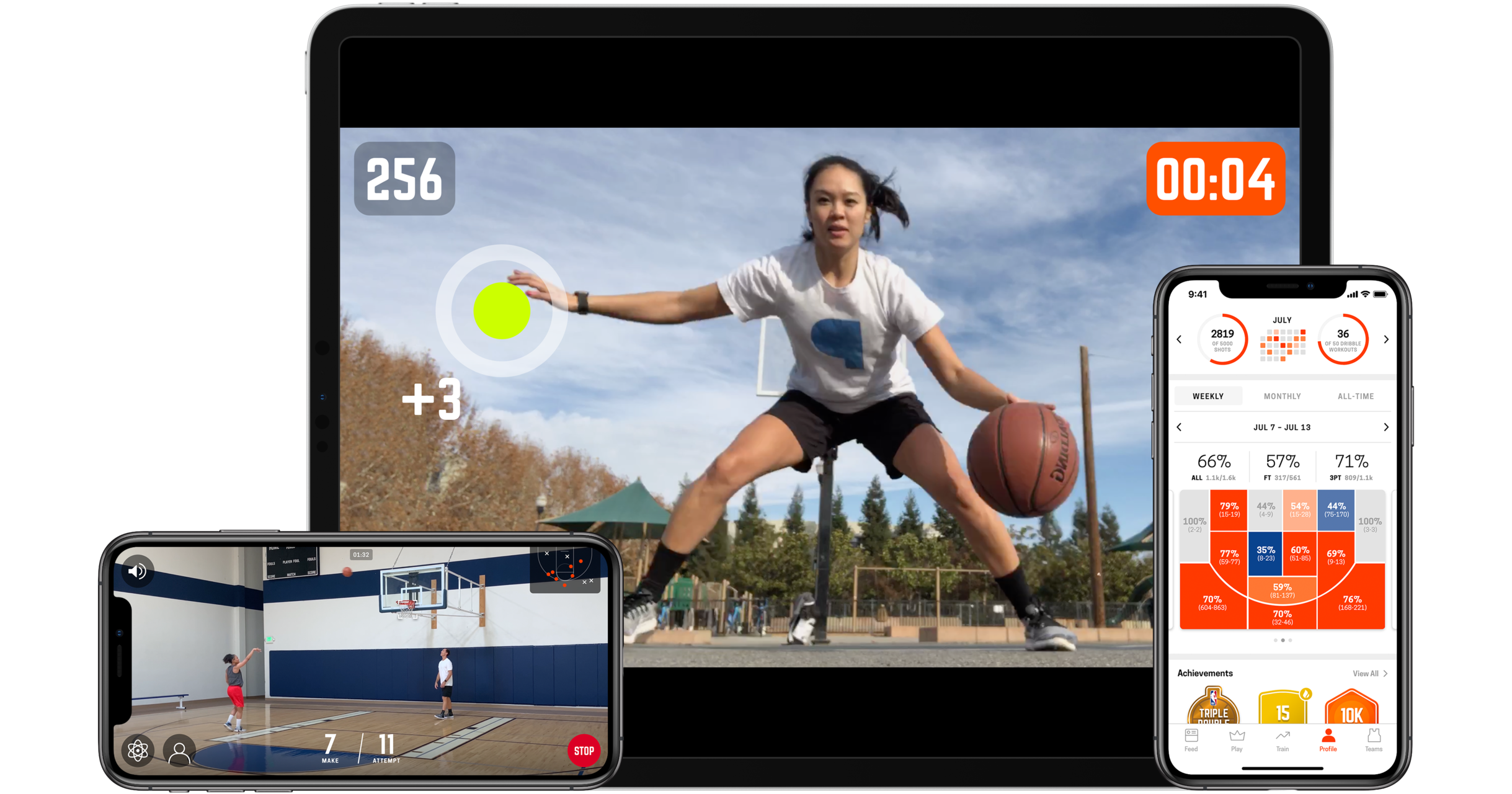 Whether it’s social issues, fashion or branding, the NBA has been at the forefront of much of what’s new, innovative and exciting in the world of sports. But perhaps nowhere has the league been more willing to adapt than in the implementation of new technology.

In July the NBA unveiled the next phase of its technological evolution. In partnership with artificial intelligence firm NEX Team Inc., the NBA has developed HomeCourt, an app designed with the goal of unlocking the skills of basketball players at every level.

“We are incredibly proud to be partnering with the NBA to bring the HomeCourt experience to a global basketball audience,” David Lee, co-founder and CEO of NEX Team, said in an announcement about the deal. “Together, we look forward to designing innovative experiences that bring together the digital and physical worlds that will build community and engage basketball players at every level, everywhere.”

The HomeCourt app combines artificial intelligence with proven training concepts to produce analytics in real time. When a phone or tablet’s camera is positioned with a view of the player and the court, the app compiles data on variables including shot accuracy, shot frequency, down-the-court speed, vertical height and release time. Aspiring NBA players can allow the NBA to see their data, giving them a shot of being discovered.

Since the app officially launched last year, HomeCourt has logged more than 25 million shots, 20 million dribbles and 3.5 million minutes, with users across 170 countries.

“We’re thrilled for what’s to come with HomeCourt,” said Andrew Yaffe, NBA vice-president of global strategy and innovation. “One of the many reasons we decided to partner with HomeCourt is the technology’s unique ability to unlock and put elite analytics and real-time feedback into people’s hands all over the world. Our partnership has so much potential to leverage this technology on a global scale to identify and develop basketball talent through our youth programming, events, branded attractions, NBA Academies and more.”

The NBA has already rolled out the app at several high-profile events, including the Jr. NBA Global Championship, Basketball Without Borders, NBA Academies and the recently completed NBA Summer League in Las Vegas. At the events, tablets were positioned on the sidelines to capture data of participating players.

The app gives the NBA first-hand knowledge of potentially thousands of players all over the world. The app will help modernize the NBA’s scouting and talent evaluation process, Yaffe said, and will also help teach young players about the NBA’s approach to the game.

The app contains challenges that users can sign up to complete, including the NBA Summer Shootout and the NBA Summer Dribble Battle, where participants can track their skills against those of professional players. As they complete challenges, users receive badges to mark their accomplishments.

“The in-app challenges, along with the NBA Summer Achievement digital badges, represent the first installment of the partnership and will be extended through a robust NBA training curriculum and additional NBA-branded contests for all skill levels that align with both HomeCourt’s ‘Train & Play’ ethos and the NBA’s mission to cultivate the next generation of players and fans,” Yaffe said.

The app’sinvestors include Dallas Mavericks owner Mark Cuban and current and former NBA and WNBA stars Steve Nash, Jeremy Lin, Bradley Beal, Sue Bird, Joe Harris, Al Horford, Mason Plumlee and Miles Plumlee. If the app fulfills its promise, it may help players improve their games and help the sport of basketball continue its growth around the world.