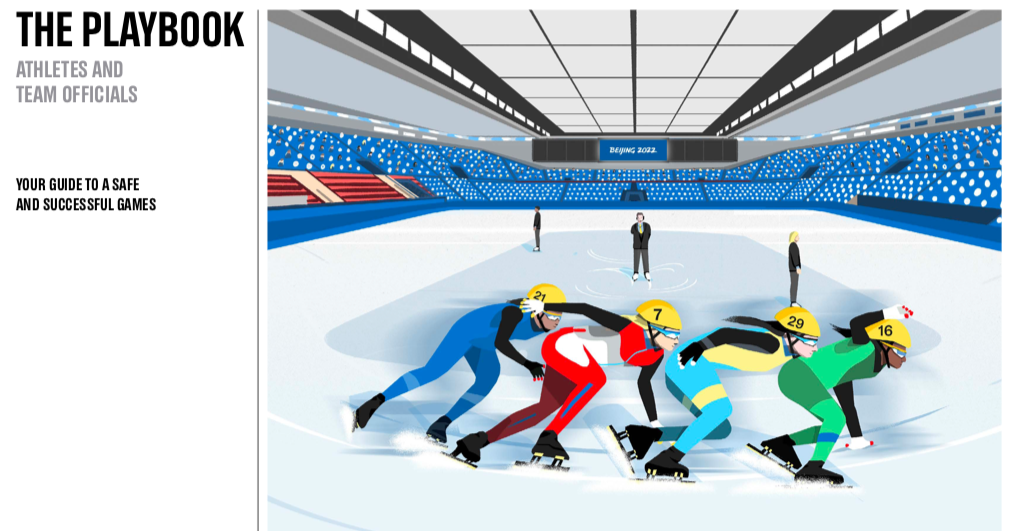 Athletes, officials, dignitaries, marketers, broadcasters, media and others traveling to Beijing for the 2022 Olympic and Paralympic Winter Games will have to undergo more strict COVID-19 countermeasures than were put in place in Tokyo for the 2021 Summer Games, under terms of the first documents outlining the game plan for both events.

For more details on the Beijing 2022 plan, click here for the athletes and officials playbook or the media and other stakeholder playbook.

Among the rules laid out in the first “playbooks” written by the International Olympic Committee and the Olympic organizing committee are the requirement that all participants be vaccinated or undergo a 21-day quarantine in China if they are not protected. Among other restrictions, all stakeholders will be placed in a “closed-loop” management system and all participants whether they are athletes or not will be tested daily, a more strict regimen than was required in Tokyo.

The IOC issued two playbooks — one for athletes and officials and one for all other participants — that will be updated again before the Opening Ceremony of the Olympic Games on February 4. The documents spell out the baseline expectations before people travel to China, during their stay and the rules for their departure.

“The Playbooks provide a game plan to help Olympic and Paralympic Games participants, and consequently the local population, stay safe and healthy during Games-time,” said Christophe Dubi, IOC Olympic Games executive director. “They have been developed jointly by the IOC, the IPC and Beijing 2022, incorporating the very latest scientific advice and proven countermeasures implemented during the pandemic. This includes important learnings from international sports events held in recent months.”

Among the requirements for those attending the Games:

“In developing the Playbooks, we made it a top priority to safeguard the safety and health of all Games participants including athletes, as well as the Chinese people, draw on the experiences from other international sports events, and the COVID-19 policy currently in effect in China,” said Han Zirong, vice president and secretary general of  Beijing 2022. “We will work with all stakeholders on the implementation of the Playbooks and together, deliver to the world a streamlined, safe and splendid Games.”

Foreign spectators have already been banned from attending both the Olympic and Paralympic Games, although vaccinated Chinese spectators are expected to be allowed to attend live events.

.@usrowing has announced the formation of the USRowing Foundation. The foundation, chaired by F. William McNabb, former chairman and chief executive officer of Vanguard, will enable USRowing to raise funds to complement other funding sources.
https://www.sportstravelmagazine.com/usrowing-creates-foundation-to-assist-funding/