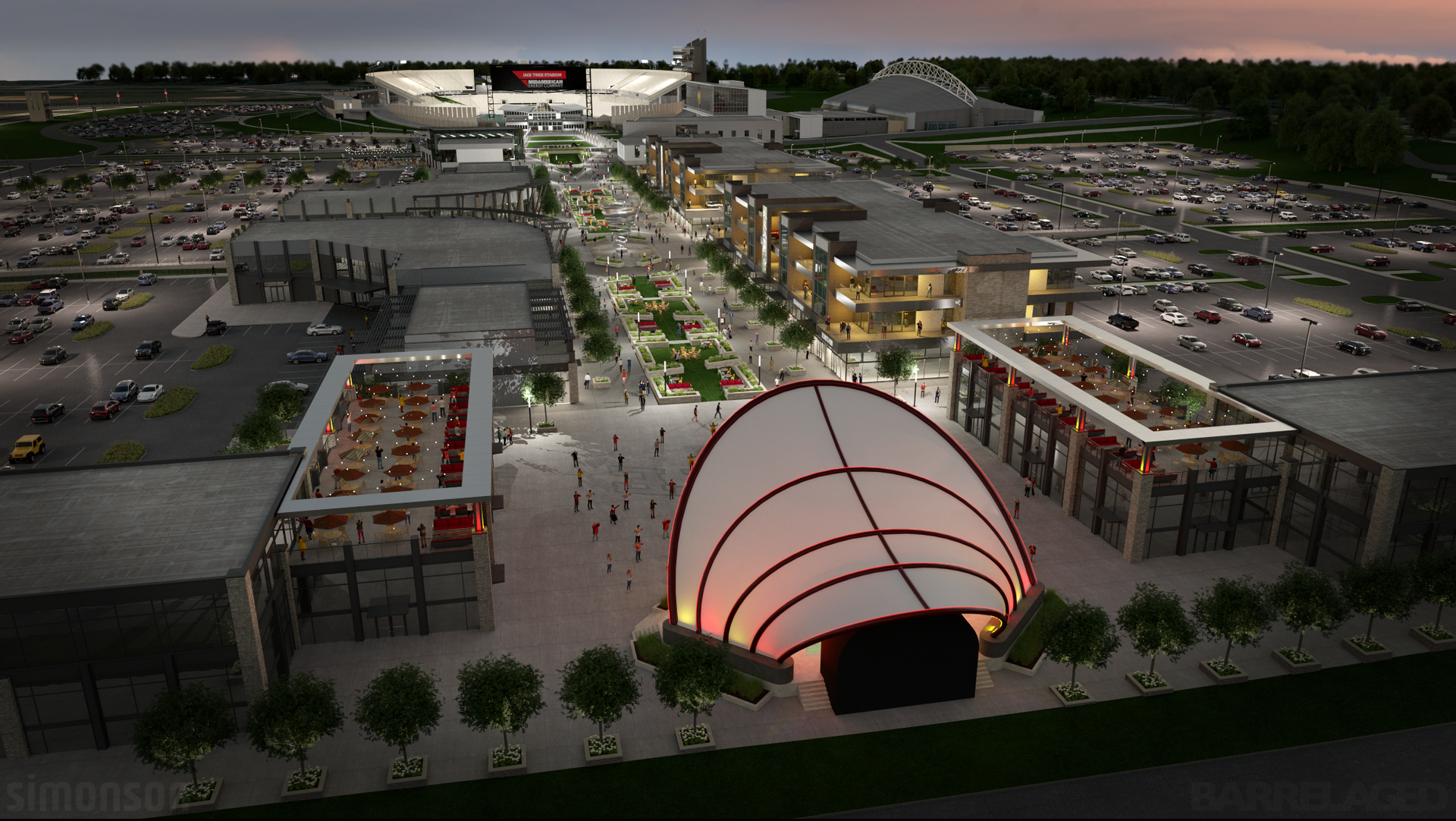 Renderings show what the finished CYTown may look like when completed.

Iowa State University has announced plans for a $200 million retail, office and entertainment development called “CYTown” that will sit on a three-acre site north of Jack Trice Stadium in Ames.

The initial phase of the project includes a public plaza and amphitheater that can be used on game days or for concerts and other events. The athletic department said most of the funds for the construction will come from land monetization opportunities. CyTown will be part of the Iowa State Center, the complex of cultural and athletic venues.

The development is the next phase in a development project that began with athletic facility upgrades including the $60 million Stark Athletic Performance Center, $50 million Sukup Endzone Club and $30 million Albaugh Family Plaza and Concourse.

“Since we started this process, our goal has been to develop something unique to Ames while helping our community support, attract, and retain students, businesses, visitors and new residents, and we believe CYTown will accomplish all of that and more,” athletic director Jamie Pollard said.

Target completion of the parking lot improvements and infrastructure is August 2025. Later this fall, the university plans to seek final approval from the Board of Regents to begin work on the project in January 2023.