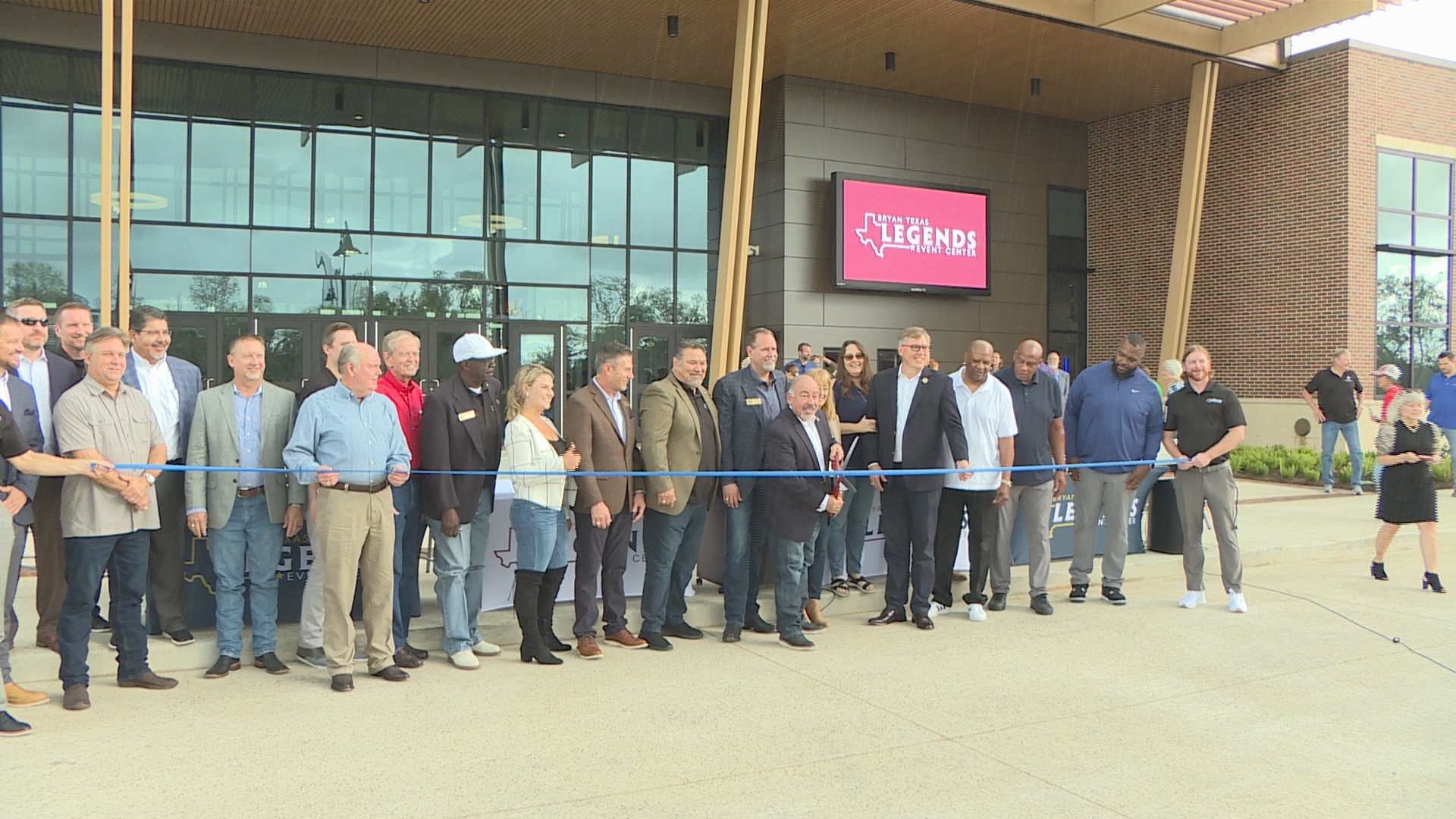 The Legends Event Center celebrated a ribbon cutting before its grand opening in Bryan, Texas. Photo by KBTX

Legends Event Center — a multipurpose indoor family sports and entertainment facility — celebrated its grand opening with the community of Bryan, Texas, on December 10.

“You got teams, you got participants, you got spectators, you got coaches,” said Destination Bryan Executive Director John Friebele. “They’re all going to come in, fill our hotels, fill our restaurants, spend those dollars within the community so we can drive the economic impact that tourism brings.”