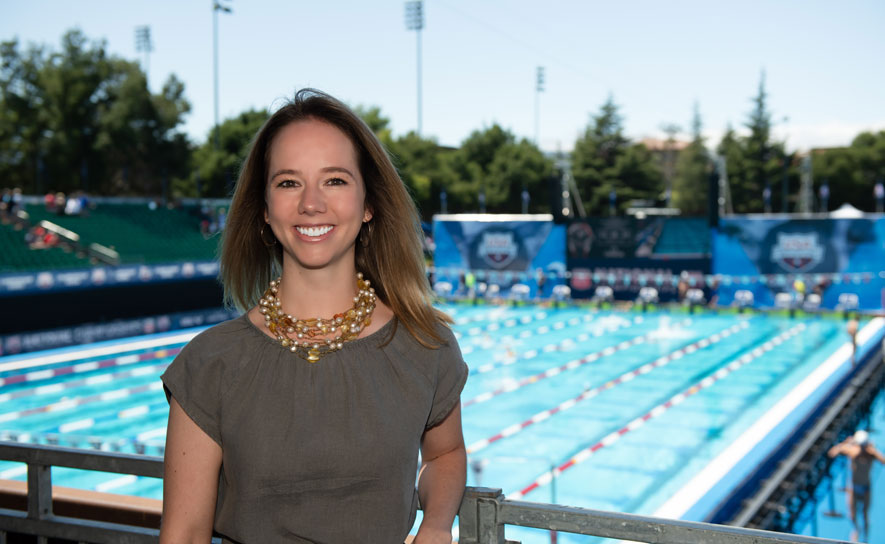 Lucinda McRoberts has been named executive director of the USA Swimming Foundation, the philanthropic arm of USA Swimming, the national governing body announced on Thursday.

McRoberts will manage the foundation staff and work in conjunction with the USA Swimming Foundation board of directors to advance the foundation’s mission. In addition to providing learn-to-swim grants to programs across the country, the USA Swimming Foundation supports the national team plus development efforts aimed at strengthening and diversifying future programs and services.

“I am tremendously grateful for this opportunity to work with some of the sport’s biggest supporters,” McRoberts said. “The USA Swimming Foundation already has a phenomenal board of directors and supporting staff, and I will do my best to facilitate their continued success. There is no more important work in swimming than the Foundation’s mission of saving lives, building champions, and impacting communities.”

McRoberts, a graduate of Yale and Michigan Law School, joined USA Swimming in December 2014 as chief counsel and director of legal affairs. She became secretary and general counsel in January 2016.

McRoberts assumes the role in addition to her post as chief administrative officer where she oversees the business affairs unit. McRoberts recently took on a leadership role in the Aquatics Coalition, an organization comprised of learn-to-swim programs, health and rehabilitation groups as well as competitive aquatics organizations dedicated to best practices and a safe return to the water during the COVID-19 pandemic and beyond.

“She is someone who is in the highest levels of executive boardrooms all the time,” USA Swimming President and Chief Executive Officer Tim Hinchey III said. “As our chief administrative officer and leader of our government and international relations, it makes great sense that she also helps us reach out with the mission of the USA Swimming Foundation.”