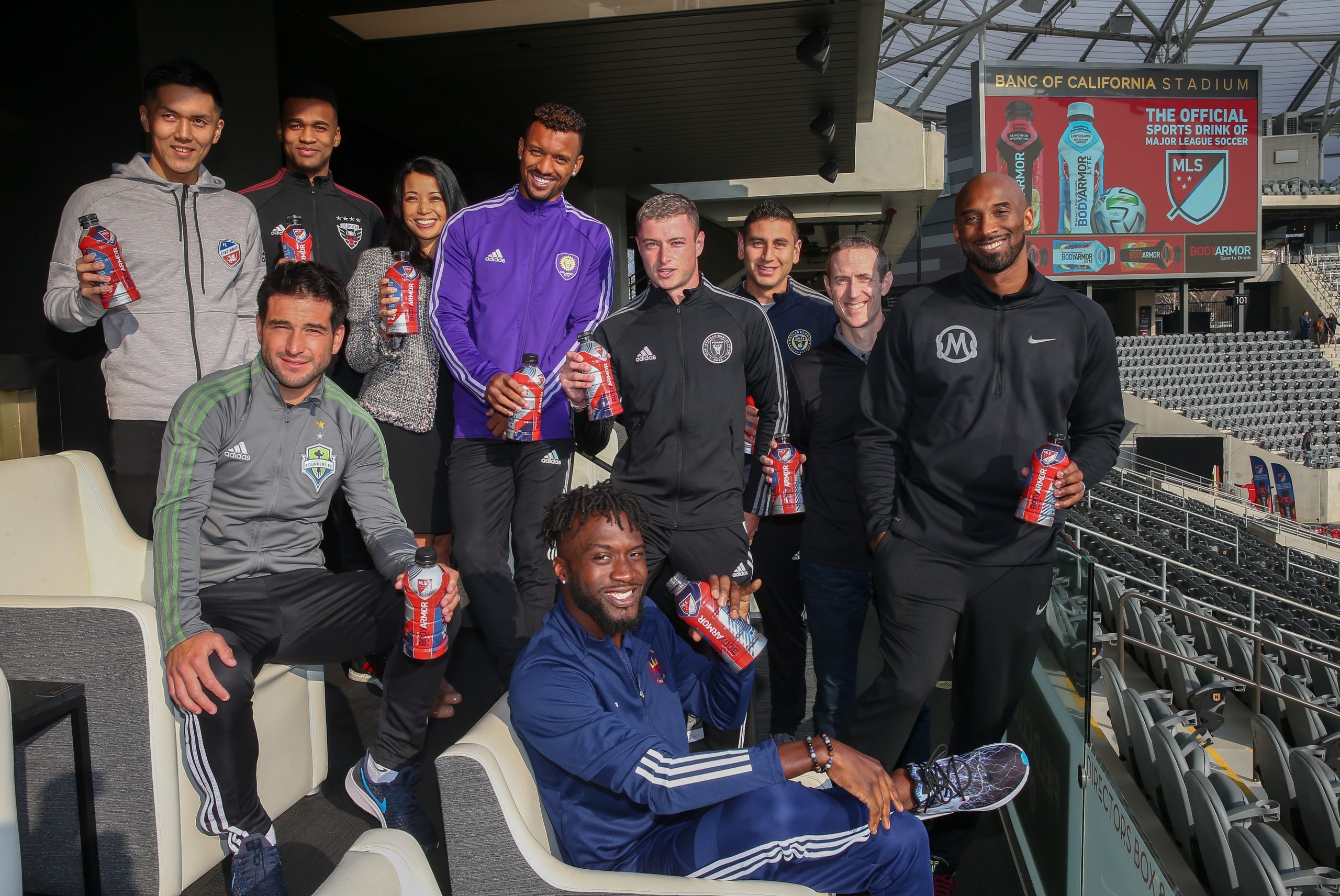 Major League Soccer has announced a new partnership with sports drink company BodyArmor, part of a media and advertising push ahead of MLS’s 25th anniversary season.

Bryant and the players unveiled a customized, 4-foot-tall replica bottle that BodyArmor created to commemorate the league’s 25th season and took place in a penalty kick skills shootout contest with more than a dozen players from the LAFC Under-12 academy team.

“I’m very happy to be part of this event,” Lodeiro said. “Kobe was my idol in basketball, so I’m enjoying this moment not only with Kobe but with the kids. We’re showing the world that our league is growing up very fast.”

The deal, which makes BodyArmor the Official Sports Drink of MLS in the United States, is the largest multiyear partnership in the company’s history. BodyArmor eclipsed $700 million in retail sales in 2019. Reports have Bryant’s initial 10 percent investment in the company in 2014 currently worth $200 million.

The league partnership will include BodyArmor’s logo and branding on coolers, cups, bottles and towels on the sidelines during MLS games. BodyArmor and MLS will also collaborate on custom content and media integrations, as well as BodyArmor working with MLS club youth programs to support coaches and managers with sideline equipment and hydration needs.