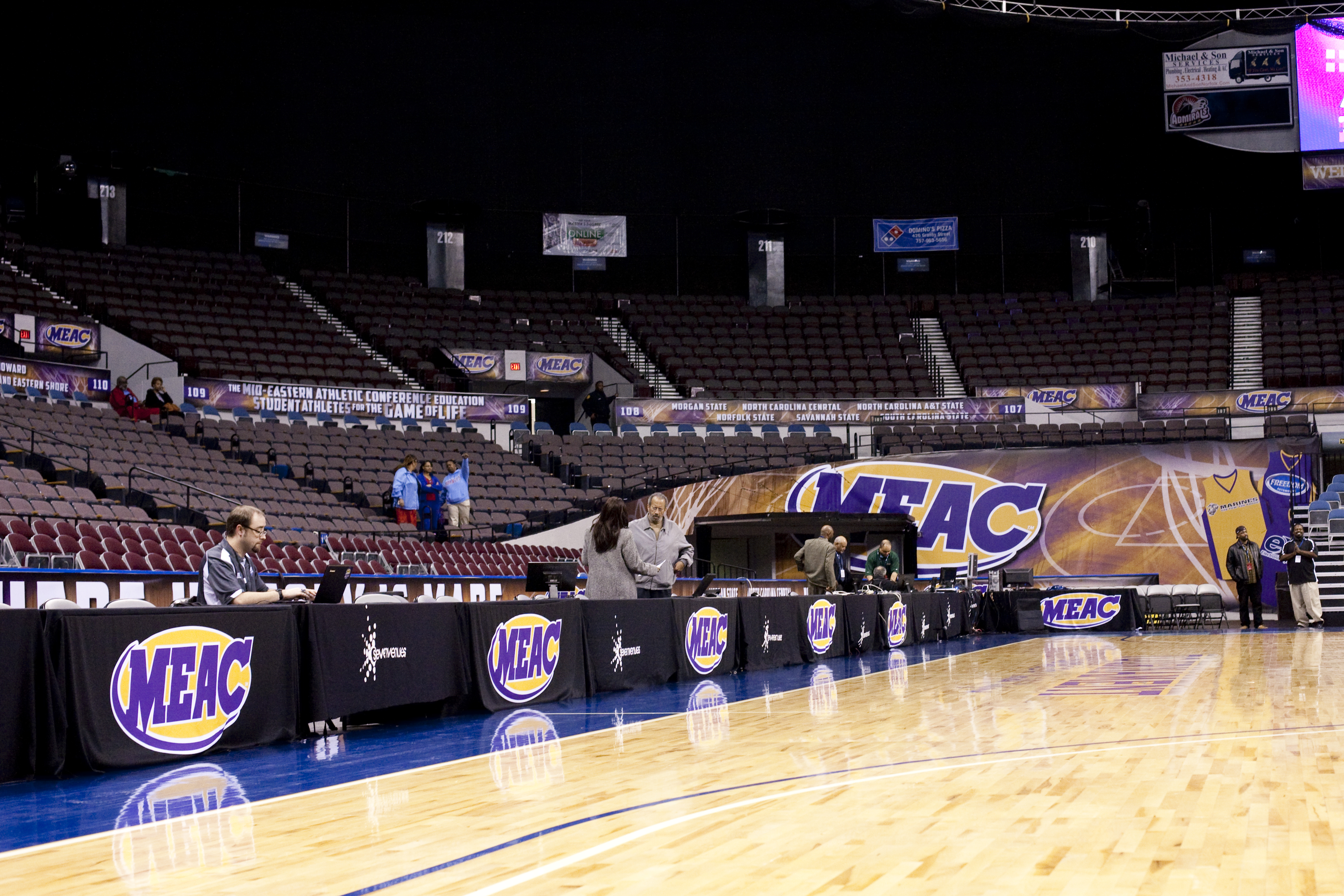 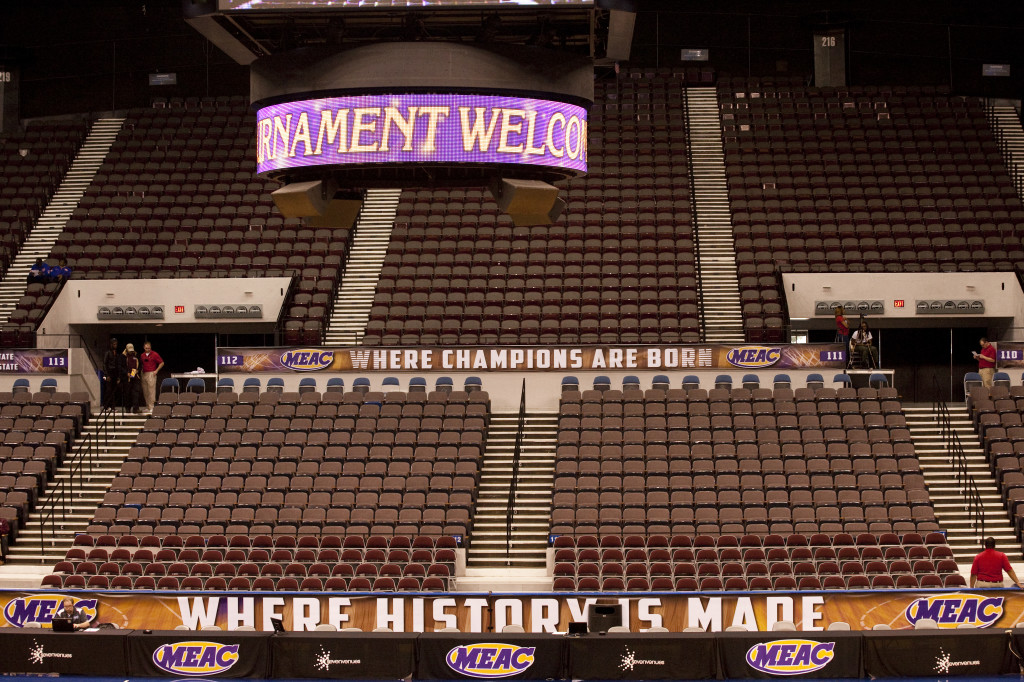 March Madness is the time of year that all basketball fans mark down on their calendars. That is when the best of the best come together and compete for the honor of taking home the title, and with that comes a lot of attention from all over the nation.

Amazing plays, unpredictable defeats, rooting for your favorite teams; the excitement is non stop and so is the coverage. Every year millions of fans will tune in to watch the basketball games during March Madness.
Thousands will even travel across the nation to fill the stadium seats to cheer on their team. With that kind of fan base, you have to make sure your stadium is top-notch and will amaze everyone that is watching.

The Mid-Eastern Athletic Conference (MEAC) holds their very own tournament every year to host the best teams, in their division, to compete for that number one spot. Like most of the division tournaments, MEAC’s tournament draws in quite a crowd and is broadcast on national television. Even thought the tournament only lasts a week, it still takes the remaining 51 weeks to plan everything to perfection.

Dennis Thomas, Conference Commissioner of MEAC, understands all the details that must be addressed when putting together an event like this one. Not only do you have to think of the big issues like hotels, entertainment and scheduling, but you also have to think about the actual environment of the event. After 13+ years of Conference Commissioner experience, Thomas understood that appearance is very important for an event that has a huge attendance, as well as television appearance.

Setting the stage for your best teams to compete requires going the extra mile. Booking the best stadium in the area is not good enough. Everyone has seen big stadiums before. So what makes MEAC’s tournament so special? The extra mile. They went above and beyond to amplify the stadium to make it their own.

Thomas didn’t settle for just the seats and basketball court they booked for their tournament because, quite frankly, it wasn’t theirs. They were borrowing someone else’s stadium for that week. But the tournament wasn’t about the original owners, it was about the MEAC. That is why Thomas worked with BigSigns.com to help customize their new home (for that week) and make it into something unique, and more importantly, theirs.

BigSigns.com was able to create a one-of-a-kind look and feel that represented MEAC and their basketball tournament. These new graphics covered the entire stadium; from enormous graphics at each baseline (that captured everyone’s attention), to banners hung all over the balconies, to even custom made table covers. These new graphics helped Thomas create a new identity for the MEAC tournament. Now when fans go to the stadium to watch the game, or see highlights on television, they will instantly know that they are watching the MEAC basketball tournament.

Thomas is currently working with BigSigns.com again for the 2016 MEAC tournament and the graphics will once again impress all the fans.