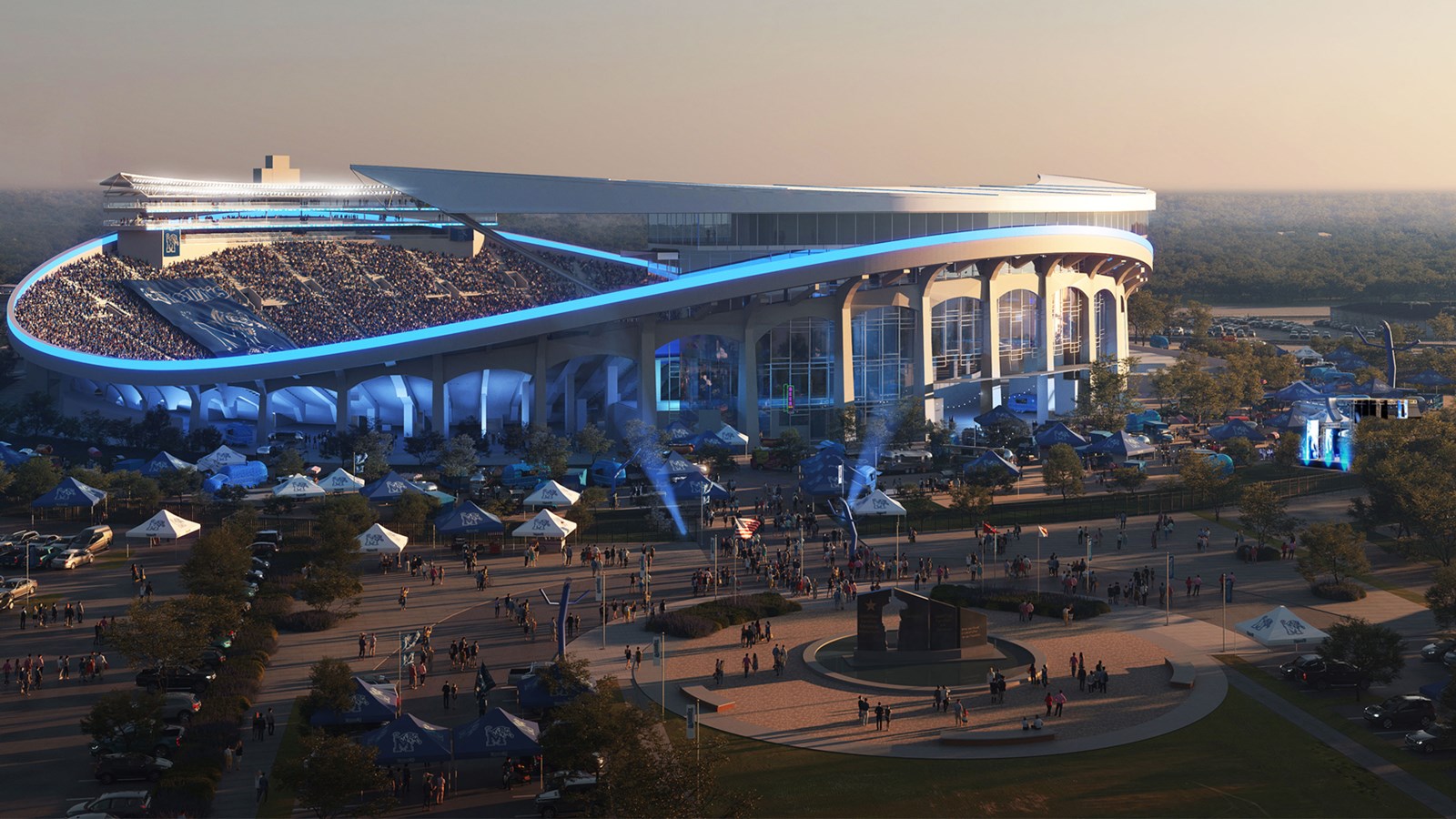 The University of Memphis and the City of Memphis have announced plans to pursue a $150-200 million renovation of Simmons Bank Liberty Stadium.

The home of Memphis Tigers football may be on track for an expensive facelift.

The University of Memphis and the city of Memphis have announced plans to pursue a $150-200 million renovation of Simmons Bank Liberty Stadium to revitalize and modernize the 58,325-seat stadium, which was built in 1965.

Priority elements of the wide-ranging project include:

The goal for completion of the project is prior to the 2025 football season.

“We started this process with a specific set of transformational goals in mind and this renovation hits all of them,” Memphis Vice President and Director of Intercollegiate Athletics Laird Veatch said. “It will demonstrate our commitment to sustainable competitive and recruiting success, provide a tremendous, upgraded fan experience and secure positive long-term economic impacts for our university and city, all while taking advantage of the current stadium infrastructure and the investments already underway at Liberty Park.”

After weighing the options of upgrading the current stadium or building a new one altogether, university and government leaders concluded the renovation was the best option.

“The commitment to greatly enhance the home of Tiger Football is a significant step toward realizing our potential as we position ourselves to succeed at the highest level of collegiate athletics,” University of Memphis President Dr. Bill Hardgrave said. “This investment in athletics mirrors the investments we are making across campus to put us among the top universities in the country, exemplified by our recent recognition as a Carnegie R1 research university.”

In addition to the stadium upgrades, the site of the old Mid-South Fairgrounds surrounding Simmons Bank Liberty Stadium is being re-energized into Liberty Park. Essentially creating a stadium district, Liberty Park will consist of a youth sports facility, named the Memphis Sports and Events Center, and also include entertainment venues, dining, retail, office space, two hotels and 150 apartments.

“Now is a time of historic public and private reinvestment in our city,” Memphis Mayor Jim Strickland said. “Whether through private developments or city-wide public projects, billions of dollars are helping to bring new life and new energy to Memphis.”