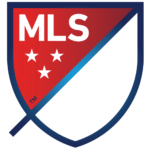 has announced a new timeline for expansion, postponing the start of several new teams citing the impact of the COVID-19 pandemic on the teams’ business operations and stadium development.

Under the new plan, Austin FC will remain on schedule to begin competition in 2021. But Charlotte, which had expected to begin plan in 2021, will now debut in 2022. And St. Louis and Sacramento, which had been set to start in 2022, will begin in 2023.

The decision was made by MLS Commissioner Don Garber, in conjunction with the league’s Expansion Committee. Austin was allowed to continue on schedule because the team had made significant progress on its sporting, business and stadium objectives before the onset of the pandemic, the league said.

“We have always taken a thoughtful and strategic approach to our expansion planning and have delivered successful launches for every new club,” Garber said. “It is important for each club to take the necessary time to launch their inaugural MLS seasons the way their fans and communities deserve. With the extra year to make up for what has been a challenging 2020, these teams will be well-positioned for their debuts and for long-term success.”