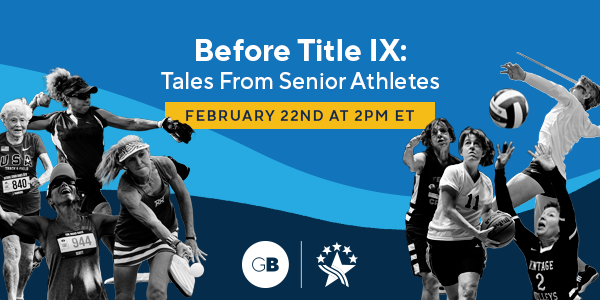 As the 50th anniversary of the passage of the landmark Title IX legislation that opened up opportunities for women in sports approaches, the National Senior Games will offer a livestreamed program featuring several athletes talking about their experience in the years before its passage.

“Before Title IX: Tales from Senior Athletes” will be presented by NSGA Communications and Growing Bolder, and will air live on February 22 at 2 p.m. ET. The broadcast will feature stories from five women who broke barriers in sports:

The National Senior Games Association believes that there are more women who are still active in the organization’s events that lived through that era than any other organization or event.

The NSGA also intends to survey female athletes from the Title IX era in the coming weeks to solicit their stories with more programs planned in the future.