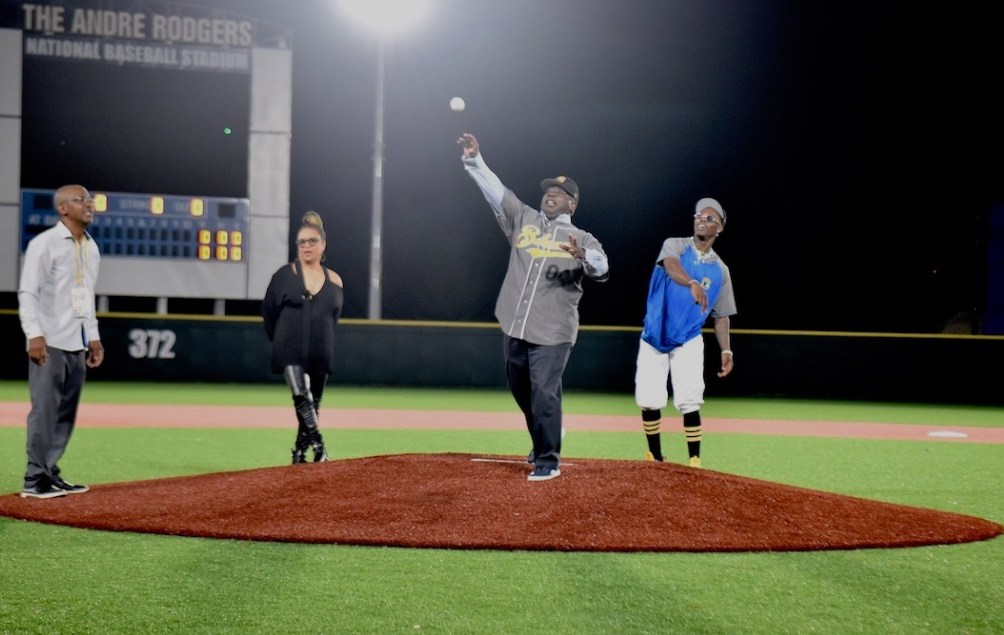 The Bahamas opened a new 5,000-seat baseball stadium this week in hopes that the upgraded infrastructure will attract events to the islands.

Prime Minister Philip Davis — an avid baseball fan — threw out the first pitch during a ceremony ahead of the inaugural game earlier this week at Andre Rodgers National Baseball Stadium, named in honor of the first player from the Bahamas to play in MLB. The stadium is located on the island of New Providence.

“Now that we have upgraded our facilities to world-class standards, I anticipate that the Bahamas will become a nexus in the regional baseball arena,” Davis said.

The opening ceremony took place ahead of the Bahamas’ game against the U.S. Virgin Islands in the Caribbean Baseball Cup. Jazz Chisholm Jr., a Bahamian player for the Miami Marlins, joined Davis at the ceremony.

“The stadium has now positioned the Bahamas as a primary destination for all sports (and) tourism and underpins our sports in paradise brand,” Davis said. “The new state-of-the-art stadium with artificial turf has been constructed and approved to meet Major League Baseball professional standards. It will seat approximately 5,000 spectators and include international standards, dugouts and the latest technology in digital scoreboards and sound systems.”

While the stadium is not 100 percent finished, the construction required to play baseball has been installed. Chisholm and the Marlins will host part of their spring training camp at the stadium.

“There’s some minor stuff that needs to be done, all the paving in the road, the link is still to be completed,” said Mario Bowleg, Bahamas minister of youth, sports and culture. “So, without a push I think by the end of January or February we’ll be 100% completed. But what’s most important is it’s baseball ready.”

The @CLTSports has announced the naming of Will Pitts as the organization’s chief operating officer. https://wp.me/paJznw-ds7

Seventeen youth-serving organizations throughout Indiana that serve a combined 16,000 youths have been selected as Inspiring Sports Grant recipients, awarded annually by @IndSportsCorp and totaling $82,000 this year. https://wp.me/paJznw-ds2