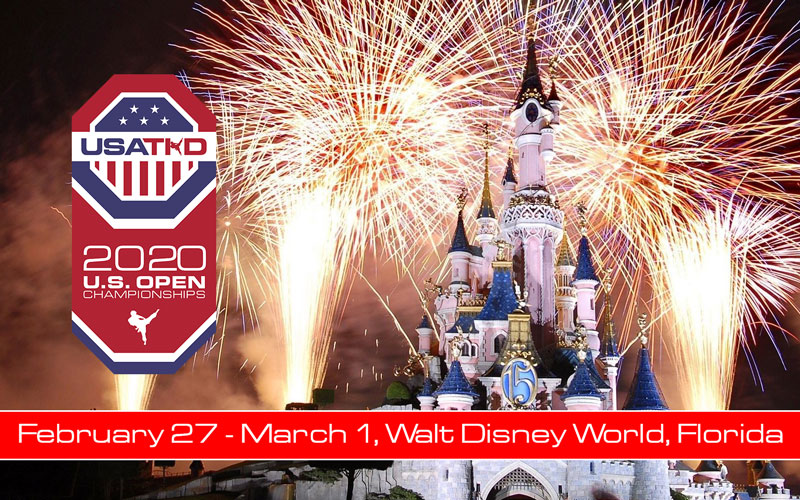 USA Taekwondo’s 2020 U.S. Open Championships will be staged in Orlando, Florida, at the ESPN Wide World of Sports Complex. The event will be held February 27–March 1 and will be designated as a major tournament for all age categories for the first time.

“It’s been some time since we have been in Florida, and it’s by far the most requested venue for us to bring the U.S. Open to outside of Las Vegas, so we’re delighted to be able to be able to make it happen,” said Jeanna Salgado, USA Taekwondo’s events director. “The new venue is absolutely stunning and perfect for such a prestigious tournament. With everything on the line we think this is going to be the best U.S. Open ever.”

In addition, USA Taekwondo has announced it will partner with Taekwondo Europe in an effort to develop youth athletes at the elite level in both regions. Under terms of the partnership, the 2020 U.S. Open will be added as the first non-European G-ranked event to the list of ranking events where European cadets and juniors will gain ranking points, alongside U.S. athletes.

“We are excited to see the introduction of junior and cadet rankings within World Taekwondo Europe and think supporting innovation around the world is important for our sport to continue to grow,” said USA Taekwondo CEO Steve McNally. “For U.S. juniors and cadets, it will provide an invaluable opportunity to compete against more of the best talent the world has to offer on their home turf and gain vital tough competition experience at an early age.”