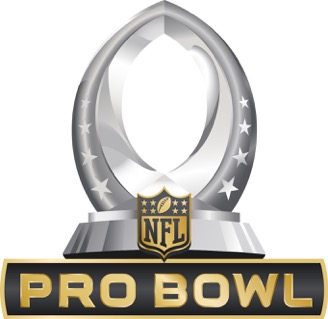 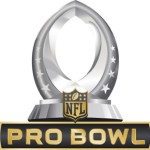 Orlando, Florida, will host the 2017 NFL Pro Bowl, part of a weeklong event that will celebrate youth and high school football as well. The announcement was made at the ESPN Wide World of Sports Complex at Walt Disney World Resort, which will be the site of the AFC-NFC team practices and host to a variety of youth events around the game. The Pro Bowl will be played Sunday, January 29, at Camping World Stadium in Orlando.

The 2017 Pro Bowl will mark the third time in recent years that the all-star game will be staged outside its traditional home in Honolulu. In 2010 it was staged in Miami and in 2015 it was played in Glendale, Arizona—each game tied around that year’s Super Bowl in the same location. In another shift for 2017, the NFL will return the Pro Bowl to its traditional AFC vs. NFC format after three years of teams being selected by a draft of available players.

“We are excited to re-imagine the Pro Bowl experience for both fans and players and to celebrate the game of football at all levels,” said NFL Commissioner Roger Goodell. “Collaborating with Disney and ESPN brings us closer to the best in youth and family-focused entertainment. We look forward to working with the city of Orlando and Florida Citrus Sports to create a weeklong celebration for football and our fans.”

Among the highlights of the week of festivities will be AFC and NFL practices alongside youth football competitions, activities and fan events at the ESPN complex. Pro Bowl players in 2017 will also be able to invite their former youth or high school coach to be a part of the celebrations during the week. Players on the winning Pro Bowl team will receive a grant from the NFL Foundation to support their youth or high school football program.

In addition, the annual USA Football National Conference will take place during the week leading up to the game. More than 650 participants from all 50 states attended USA Football’s 2016 National Conference in Indianapolis, addressing coach education, player safety and key trends in the sport. The Don Shula NFL High School Coach of the Year Award winner will also be announced during the Pro Bowl as part of a yearlong recognition of high school coaches on ESPN. Additional ancillary events will include a Pro Bowl–themed 5K run and a parade of Pro Bowl players in the Magic Kingdom.

“Hosting the NFL Pro Bowl is exactly the type of opportunity we had in mind when our community pulled together to invest in the reconstruction of Camping World Stadium,” said Florida Citrus Sports CEO Steve Hogan. “Orlando is the top tourist destination in the country and we look forward to providing players, staff, families and fans from all levels of football an unforgettable week.”

As part of the deal, the Miami Dolphins will also host the Atlanta Falcons on August 25, 2016, in a preseason game at Camping World Stadium. Youth football teams from across Florida will be honored as part of the game’s activities.