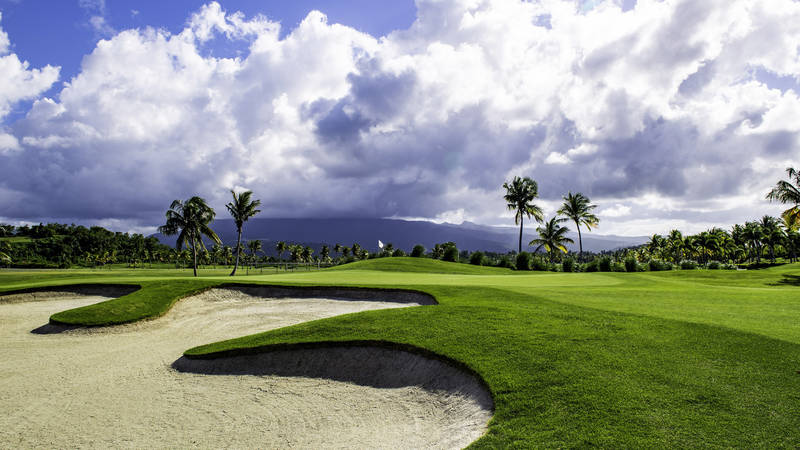 The Grand Reserve Golf Club in Puerto Rico will be the first course outside the mainland in a U.S. territory to host a USGA championship when it welcomes the 7th U.S. Women’s Amateur Four-Ball Championship from April 30–May 4, 2022.

The Grand Reserve Golf Club has been the annual host for the PGA Tour’s Puerto Rico Open since 2008. Designed by 1992 U.S. Open champion Tom Kite in 2006, the Grand Reserve stretches across a beachfront peninsula in Rio Grande, 15 miles outside the capital city of San Juan. Overlooking El Yunque National Forest, the course is a parkland style golf course. The Puerto Rico Golf Association, which recently joined the USGA’s network of Allied Golf Associations, will host the championship.

“It’s an honor to have the opportunity to host a USGA championship, and we are so glad the USGA sees the same value in this partnership that we do,” said Sidney Wolf, president of the PRGA. “This will be a perfect opportunity to help grow women’s golf here by hosting this championship. We love golf and we love to showcase our magnificent island. The PRGA couldn’t be more excited for this to come to fruition.”

The 2022 U.S. Women’s Amateur Four-Ball will be the first USGA championship held in Puerto Rico. It is open to two-player sides of female amateurs with individual Handicap Indexes not exceeding 14.4. There are no age restrictions, and partners are not required to be from the same club, state or country.

“We have a wonderful, longstanding relationship with the Puerto Rico Golf Association, and bringing a USGA championship to the island further demonstrates our commitment to working together even more closely moving forward,” said John Bodenhamer, USGA senior managing director, championships. “The Grand Reserve has an impressive pedigree, and we very much look forward to bringing the Women’s Four-Ball there.”

The championship begins with 18-hole qualifying, which commences the previous August and is conducted by Allied Golf Associations on behalf of the USGA. A total of 64 sides advance to the championship through qualifying or exemptions. Each player plays their own ball throughout the round, and the side’s score is the lower score of the partners for each hole. After 36 holes of stroke play, the field is reduced to the low 32 sides for match play, from which the champions are determined.