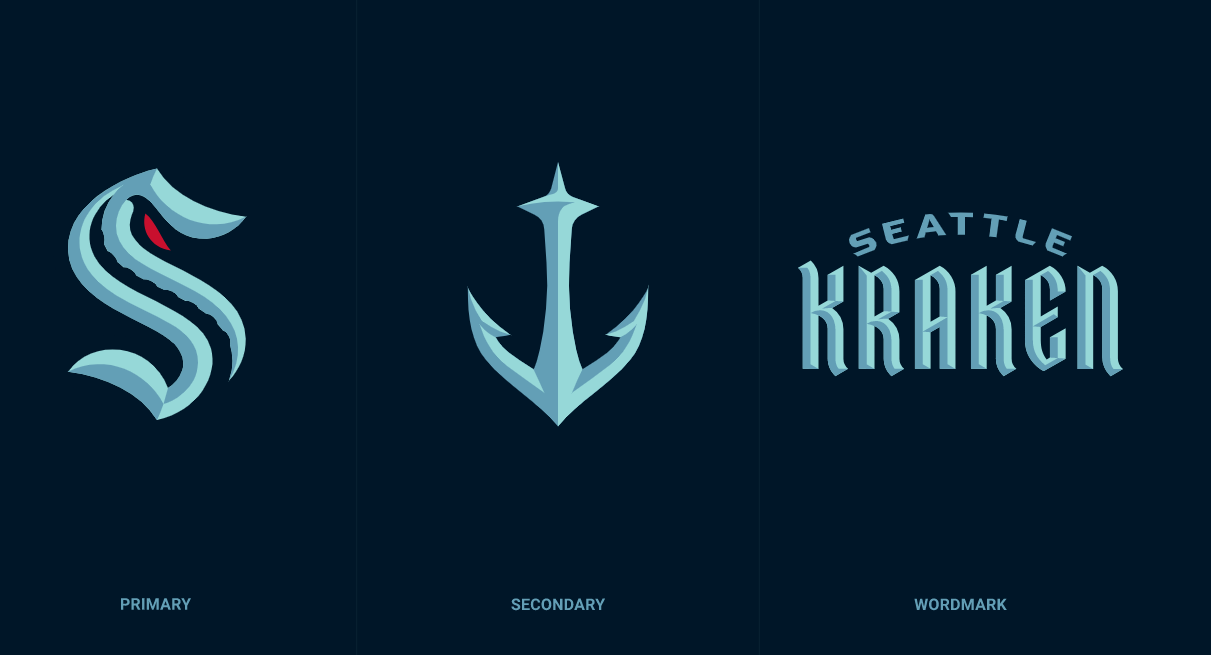 The NHL’s expansion team in Seattle will be known as the Kraken when it starts play in the 2021–2022 season with the team’s nickname and logo released in a splashy promotional video.

A legend from the deep awakens.

The team’s colors will be “icy blue and navy blue” with red accents. Of the league’s 31 current teams, 16 have some shade of blue in the logo. The team will play its games at the newly named Climate Pledge Arena, the former home of the NBA’s Seattle Supersonics and current home of the WNBA’s Seattle Storm. The building is undergoing a $900 million renovation and will seat 18,100 when completed.

Andy Jassy, a part-owner of the team, told ESPN that the team looked at more than 1,200 names. The franchise settled on five finalists, which were put in a time capsule in Seattle’s Space Needle and will be revealed in 2062 on the Needle’s 100th anniversary.

The primary logo features an “S” similar to the style and script used by the Seattle Metropolitans of the Pacific Coast Hockey League in the early 1900s. Jassy told ESPN that the ownership group considered using the old name but there was “reticence” from NHL commissioner Gary Bettman given that one of the league’s divisions is named the Metropolitan Division.