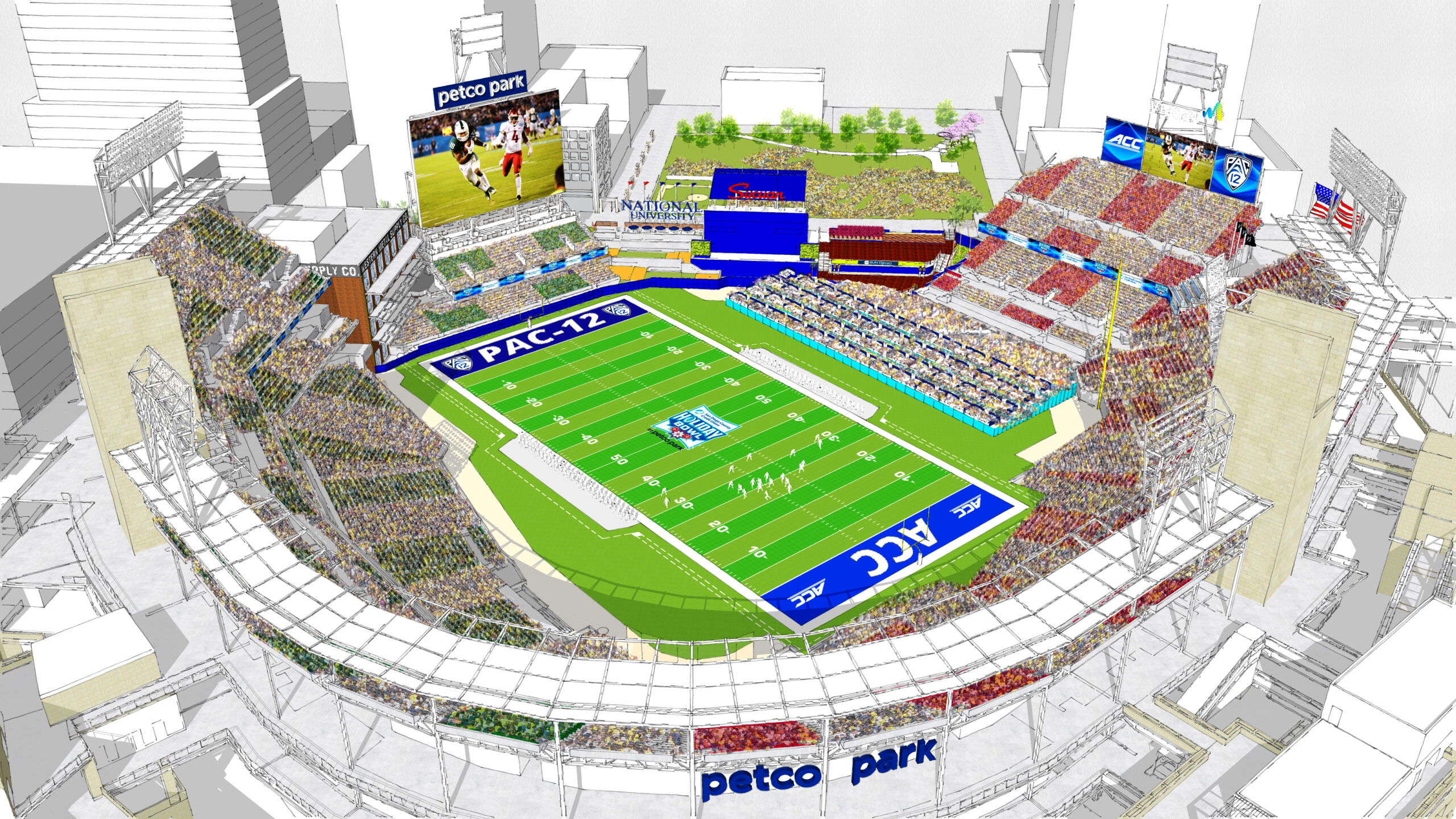 The Holiday Bowl in San Diego, played annually since 1978 until last year’s cancellation because of the pandemic, will be played in Petco Park starting in 2021 as part of a minimum five-year agreement.

The official announcement was made Wednesday by the game’s organizers and the San Diego Padres. The 20201 game will be December 28 and broadcast on Fox, the first time in the bowl’s existence that it will be on broadcast television.

“We are so excited and proud to present the bowl game on broadcast television for the first time ever,” said Bob Bolinger, the 2021 president of the bowl game. “A huge national television audience will get to see how beautiful it is in San Diego in late December.”

Hosting the Holiday Bowl at Petco Park will require San Diego City Council approval to amend the Joint Use Management Agreement, which is slated to occur this summer. If approved by City Council, the amendment would permit football to be played at Petco Park. The Padres have begun planning and design efforts to accommodate the game with construction slated to begin this fall after the conclusion of the Padres’ season.

“The Padres are excited to welcome the Holiday Bowl to Petco Park and keep this long-standing tradition where it belongs; in San Diego,” said Erik Greupner, chief executive officer of the San Diego Padres. “Petco Park is a world class venue and we are thrilled to welcome college football fans to what will be a truly unique bowl game experience.”

A new site for the game was needed after SDCCU Stadium, which had hosted every game in bowl history, was demolished earlier this year. The stadium’s old site will be replaced by San Diego State’s new football season, which plans to open in 2022 and seat 35,000 — significantly less than the Holiday Bowl’s average attendance the past decade of 52,000.

The Holiday Bowl, sponsored by San Diego County Credit Union since 2017, will pair teams from the Pac-12 and Atlantic Coast Conference. It will be the first time that the ACC sends a team to the game in bowl history; the Pac-12 has had a team at the Holiday Bowl every year since 1998.

“The ACC is thrilled to be part of the SDCCU Holiday Bowl and we look forward to having a team represent the conference in one of the premier postseason bowl games,” said ACC Commissioner Jim Phillips. “We appreciate our SDCCU Holiday Bowl partnership which provides a tremendous annual opportunity for our student-athletes, teams, alumni and fans. San Diego is one of the most beautiful cities in America, the RedCoats are a phenomenal group of volunteer ambassadors and to have the game played in Petco Park adds even more excitement to the overall experience.”

The game is best known for being the home of BYU’s national title-clinching victory against Michigan in 1984. Since 1978, the Holiday Bowl has generated an estimated $977 million in economic impact and has secured more than 819,000 hotel room nights at local hotels.

“The SDCCU Holiday Bowl has been a San Diego institution for more than four decades, and we are excited to partner with the Padres to continue building on our legacy in America’s Finest City,” said Mark Neville, chief executive officer of the Holiday Bowl. “Marching bands, cheering fans and game-day spirit were absent from bowl game celebrations last year, but that is all about to change as we prepare to play at Petco Park.”