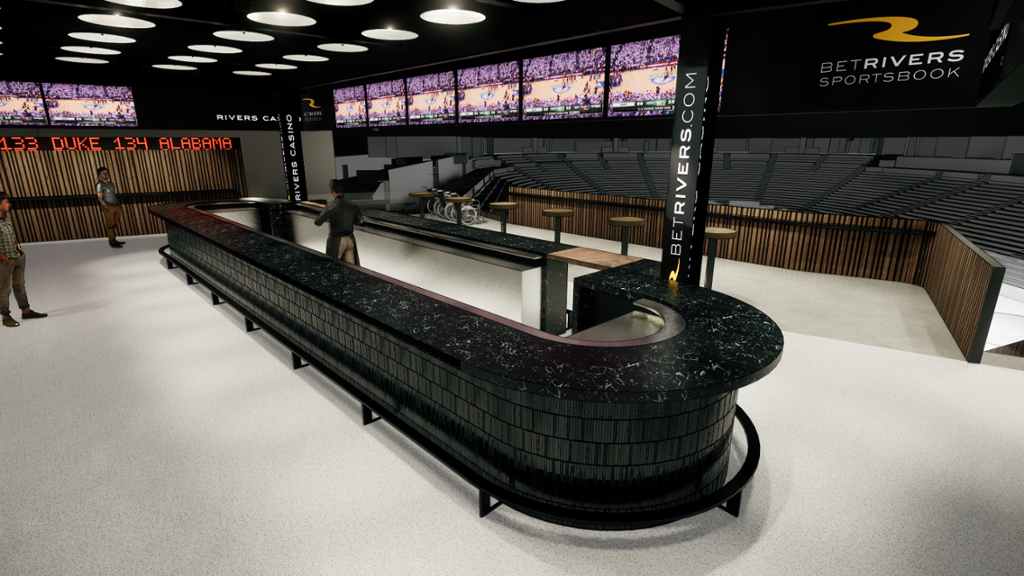 The Pittsburgh Penguins will be at least the fourth National Hockey League team with a sports betting lounge inside its venue after the Penguins signed a multiyear partnership with Rivers Casino and BetRivers.com to become the team’s official casino and official sportsbook, a deal that will include the placement of a BetRivers sportsbook-style lounge inside in PPG Paints Arena.

The lounge will feature two rows of seating for fans to watch the Penguins games, while betting via the BetRivers Pennsylvania app. The new space will be created by removing several rows at the top of one section in the lower bowl at the arena. The space will also include a bar with seating and club chairs and multiple live-action screens.

“This is an exciting extension of our longstanding relationship with Rivers,” said David Morehouse, president and chief executive officer of the Penguins. “The BetRivers Lounge is one of a number of projects we are undertaking at PPG Paints Arena to provide an enhanced and safe fan experience in a post-COVID environment.”

The agreement also forges a marketing partnership that includes Rivers Casino and BetRivers branding and advertising inside the arena.

Capital One Arena, home of the Washington Capitals, detailed plans last October to become the first U.S. venue to house a sportsbook through a partnership between Monumental Sports & Entertainment and William Hill. Since then, deals have been struck for sportsbook lounges at the Wells Fargo Center in Philadelphia, home of the Flyers, and the Prudential Center in Newark, New Jersey, home of the New Jersey Devils. The Colorado Avalanche’s Pepsi Center in Denver has a promotional deal with PointsBet but any wagers must be made outside the arena or via a mobile app.