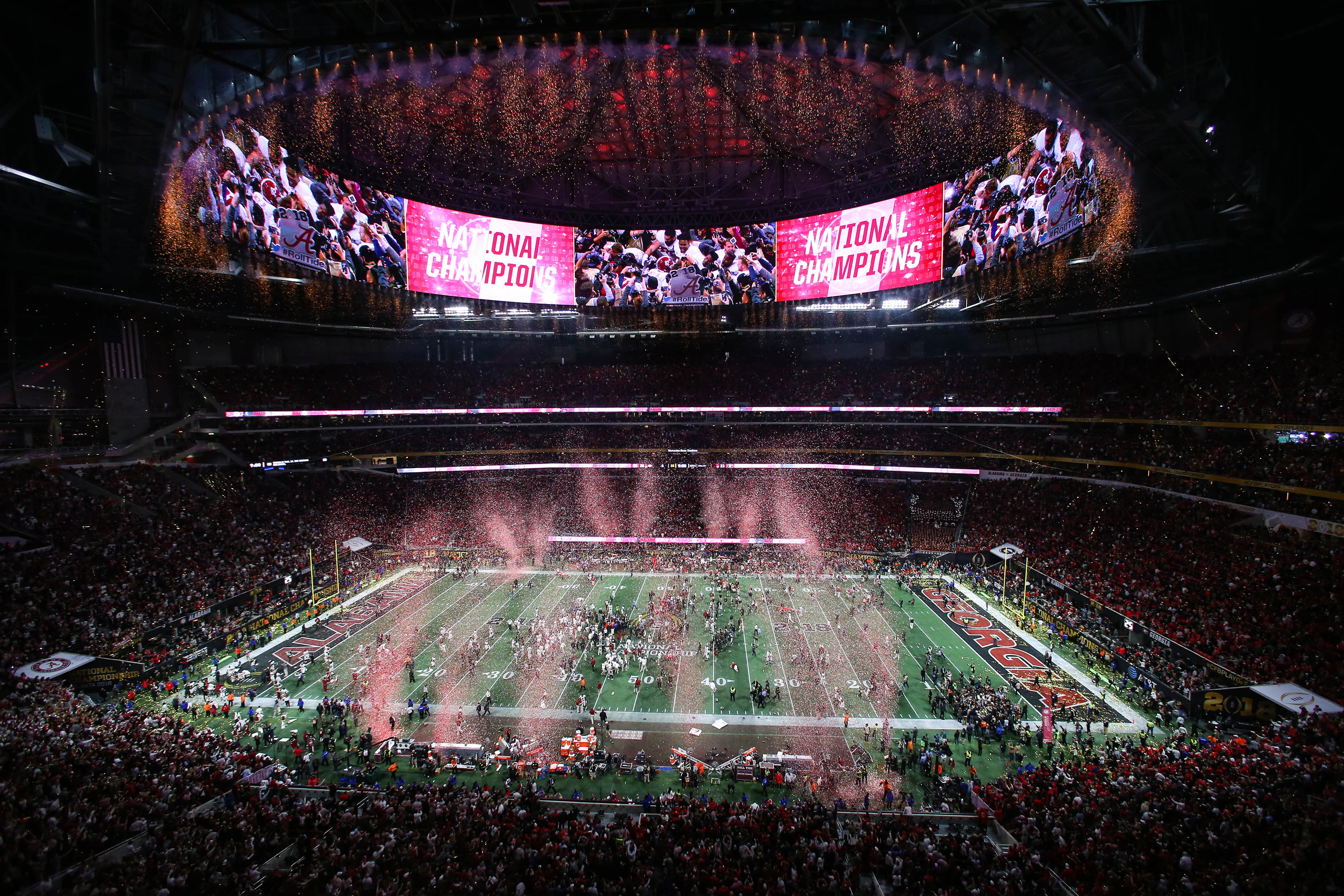 If the Pac-12 Conference is looking for a good year to make a statement in the College Football Playoff, this is it. The 2019 championship game will be played January 7 at Levi’s Stadium in Santa Clara, California, in the heart of Pac-12 country, giving the conference an opportunity to change its luck on home turf. The first four championships have been won by teams from the Big Ten (Ohio State), the ACC (Clemson) and the SEC (Alabama twice), while only two Pac-12 schools (Oregon and Washington) have made the playoffs, and neither won a championship.

Regardless of who plays, the College Football Playoff is poised for success this year. The Levi’s Stadium game represents the halfway point of the College Football Playoff’s “10 in 10” plan to showcase college football’s biggest event in 10 different cities during its first 10 years of existence. “We had a stated goal when we started the playoff that we wanted to move it around the country and expose it to as many people as possible,” said CFP Executive Director Bill Hancock from his office in Irving, Texas. “We’ve achieved that.”

And though fans will probably always argue about the best way to determine college football’s best team, the CFP has been able to rise above the controversy by holding quality events and fielding great competition year after year.

The Bay Area Host Committee is putting its best foot forward in an effort to coordinate a successful championship game. “No matter how you slice it, it is significant,” said Patricia Ernstrom, who was hired last year by the San Francisco 49ers as vice-president of special events and executive director of the host committee for the 2019 College Football Playoff National Championship. “Given the number of fans that travel for this, the CFP in the last four years has a real track record of demonstrating that the fans travel.”

When Super Bowl 50 was held at Levi’s Stadium, fan activities were centered in downtown San Francisco. By contrast, the CFP has chosen downtown San Jose, much closer to the game site.  The goal is to transform the city into what is billed as “Championship Campus,” with a vibe like that of a homecoming weekend—even for fans who have no particular allegiance to either school in the game.

“The events that took place in and around San Francisco during the Super Bowl were spectacular,” said Ernstrom. “The folks that participated and experienced that had an amazing time, and I think the same will be true in a different location and in a little different experience that we’re going to have in San Jose and the South Bay.”

Much like the NCAA men’s and women’s basketball Final Four, the CFP has opted for sites with compact footprints that allow fans to walk or take public transport wherever they need to go. As the former executive director of San Jose’s sports marketing agency and sports commission, Ernstrom knows the city can deliver on those goals.

“Ultimately, the CFP makes the decision as to where they’re going to go and what the layout is going to look like,” said Ernstrom. “We were able to provide them many different options so that they could select from a number of good choices. When we landed on this, it not only made a lot of sense, we think that it’s going to translate to a great experience for college football fans.”

The Cesar Chavez Plaza, renamed the Quad for the event, will serve as the main gathering point. To the east, SAP Center will host the open-to-the-public Media Day. McEnery Convention Center will be the site of Playoff Fan Central, and AT&T Playoff Playlist Live concerts will take place at Discovery Meadow.

A light-rail line with a station near the convention center will take fans to Levi’s Stadium, so they can leave their cars parked. “There’s an easy opportunity for people to get from wherever they are in the Bay Area via the rail system to San Jose,” said Ernstrom.

No More Than Four

The hottest topic surrounding the CFP is whether to expand the field to more than four teams. Hancock says he doesn’t foresee that happening soon. “There’s no discussion among our board members about expanding because we have the best of both worlds,” he said. “We have a tournament and yet we keep the focus on the regular season. College football has the best regular season, and I don’t make that statement lightly.”

Oklahoma demonstrated last season that a single devastating loss in the regular season doesn’t wipe out a contending team’s chance of making the College Football Playoff. Iowa State’s 38-31 shocker last October over the Sooners in Norman marked only their second win over OU since 1961.

But the Sooners won the rest of their regular season games, as well as the Big 12 title game against TCU. Under the leadership of Heisman Trophy-winning quarterback Baker Mayfield, the No. 1 pick in the NFL Draft by the Cleveland Browns, the Sooners earned a trip to the national semifinal game at the Rose Bowl, where they fell to Georgia, 54-48.

“In college football, if you stumble, then you’ve got to hope somebody else stumbles,” said Hancock. “We cherish our regular season. It needs to be preserved, and the way the CFP is set up preserves the regular season, and even enhances it.”

Some have argued that an expanded field would offer space to a team like Central Florida, which finished undefeated last season, capped by a Peach Bowl victory over Auburn. That may be unlikely, however, as the CFP committee always takes into account a team’s non-conference schedule. Central Florida’s one-sided victories over Florida International and Austin Peay provided plenty of satisfaction to the Knights’ fans but were hardly eye-raising with the committee.

Just over 47 million fans attended college football games last season, a decline of 3.3 percent from the previous season. Bowl game attendance declined by a total of more than 90,000. “Is that because of the CFP?” Hancock asked. “It’s too soon to say.”

What can be said so far is that attendance at the CFP semifinals—the Rose Bowl and Sugar Bowl last season—has been unaffected by the fact that two of the four teams play in the title game a week later. The Rose Bowl continued its streak since 1945 of leading all bowl games (excluding the CFP title game) in attendance, with 92,844 fans on hand for the Georgia–Oklahoma thriller. In the Sugar Bowl semifinal between Alabama and Clemson, a crowd of 72,360 showed up, 18,000 higher than attendance at the non-semifinal in the Sugar Bowl the year before, where Auburn played Oklahoma.

There are currently 40 bowl games on the schedule, including the CFP title game, with more on the way. A three-year moratorium on bowl games will expire after next season, and three new bowl games are expected to be added for the 2020 season.

The appeal of football only seems to grow. Seven new schools are suiting up this season. With five more programs scheduled to start play after this season, an all-time high total of 778 college football programs are in operation at all levels.

Hancock sees football as a welcoming front porch, a way of encouraging people to step inside the larger home that is the university community. “It keeps alumni connected to the school better than anything else,” he said. “The leaders of college sports understand that, and there’s nothing like football as far as building relationships and keeping relationships for the university.”