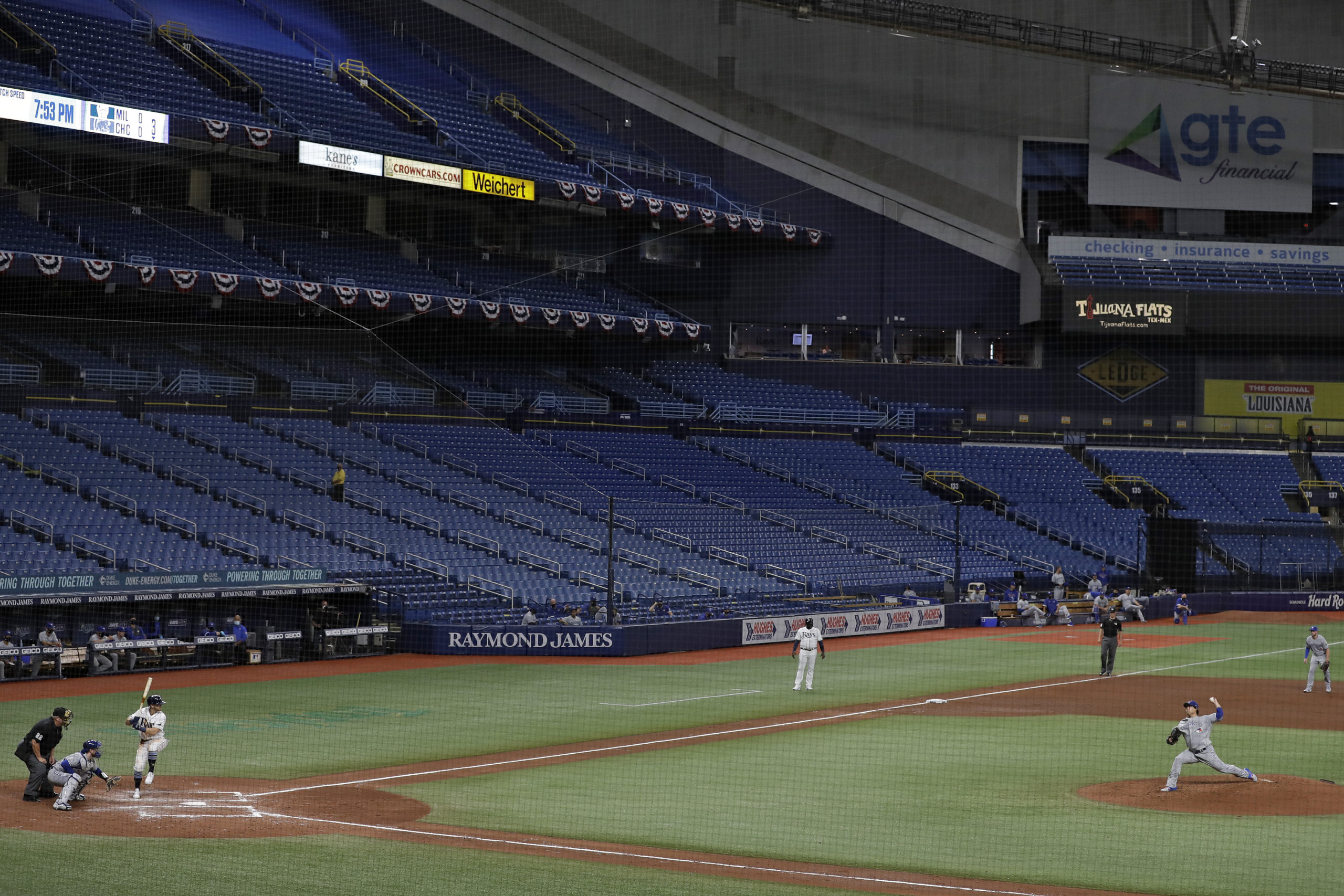 The Tampa Bay Rays’ plans to implement a split-season plan with half of the season played in Florida and the other half played in Montreal is gaining steam with a promotional campaign planned by the team starting with this October’s Major League Baseball playoffs.

Rays president Matt Silverman during an interview on the This Week in Rays Baseball pregame radio show revealed the team will be “more visible and more vocal” with its goal to split time between two cities, including a sign representing the plan at Tropicana Field during the playoffs.

“For the postseason, we’re going to add a sign in the right-field foul territory with a very simple Tampa Bay Montreal graphic,” Silverman said during his radio interview. “Especially with the eyes of baseball on us this October, we want that visible symbol of our plan and our excitement for it. It’ll mark the effort subtly and keep the focus on winning and winning games in October and getting to that final game, maybe, and finally winning it for the first time in franchise history.”

The Rays’ lease at Tropicana Field in St. Petersburg expires after the 2027 season and the team has been looking for a new stadium for several seasons now. Its ‘sister city’ plan as currently proposed is to play games in Tampa Bay earlier in the season when the weather will be milder before moving to Montreal to finish the season after the Canadian spring thaw is complete.

Silverman said he was “more optimistic today than I’ve ever been that we’re going to make this happen and we’re going to secure the Rays’ future here in Tampa Bay for decades to come.”

Major League Baseball has granted the Rays permission to explore the split-city concept, which it first proposed in 2019. Commissioner Rob Manfred said the plan would aim to “preserve baseball in Tampa but improve the economics of the club overall by playing some of their games in Montreal.”

The team will still need to find permanent stadium solutions in both Tampa Bay and Montreal, both of which are in the proposal stage but have not resulted in any concrete plans just yet.

“It’s the best and possibly only chance for baseball to be here for generations,” Silverman said. “That’s been our sole focus. It’s never been about other markets and relocation overtures. It’s always been about how we can make it work here.”